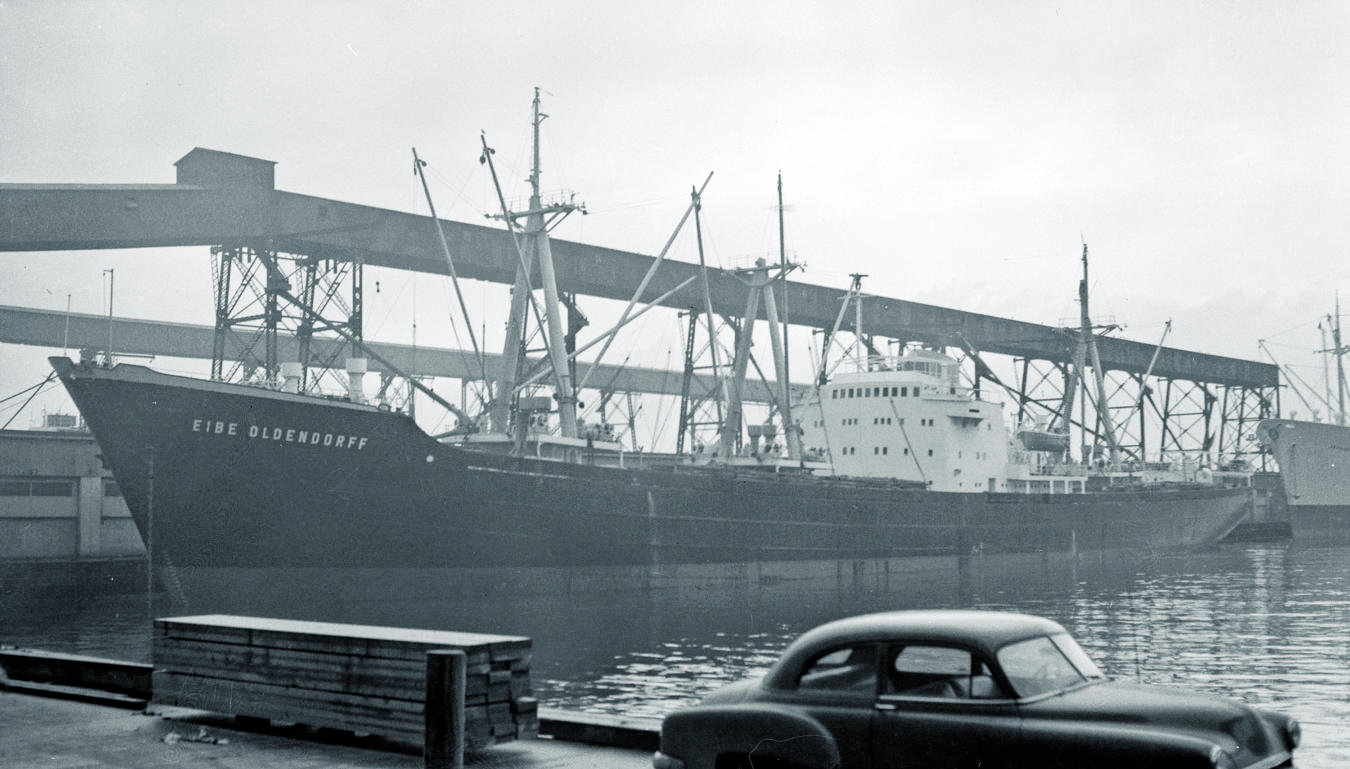 An island where chimpanzees rule

There is an island on Lake Victoria, in Tanzania, that is home to one of the few thriving chimpanzee populations in the world. Bringing the chimps to the island in the 1960s changed their fates. But doing so was an adventure.

Rubondo is an island about 237 square kilometers in size that is rife in fruit-bearing plants that never stop producing life-sustaining food such as figs. Chimpanzees eat a lot of fruit, in fact, this food source makes up 90% of their diet. So, while Rubondo was not originally home to this species, it makes a great place for them. 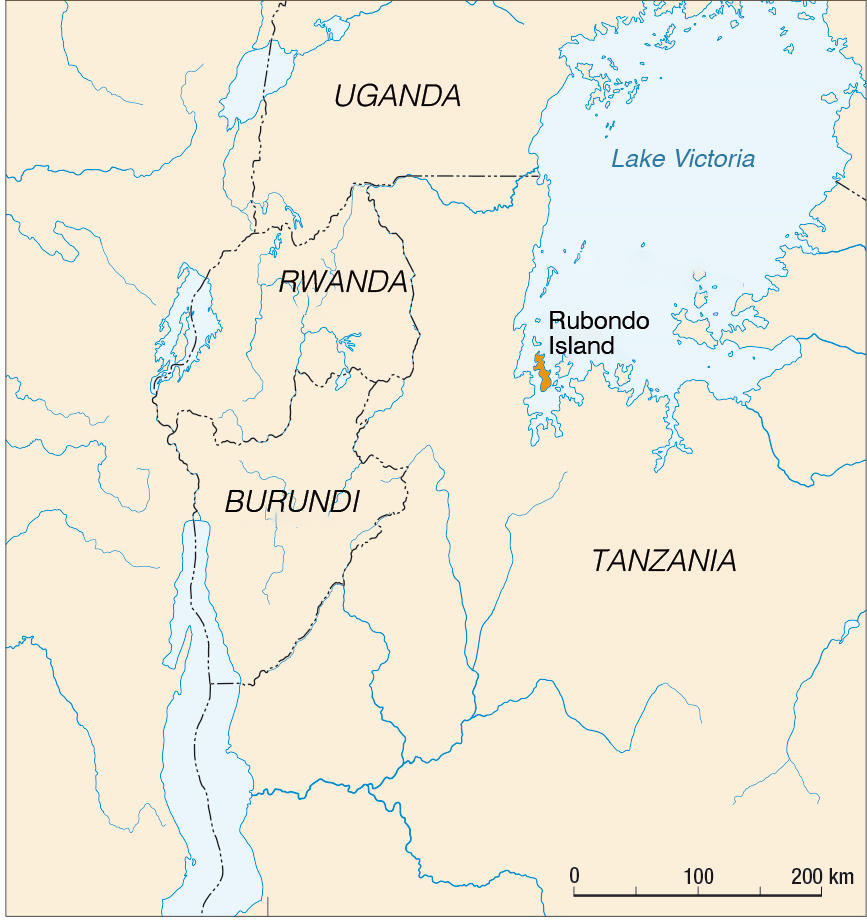 Rubondo Island is located on Lake Victoria in Tanzania. 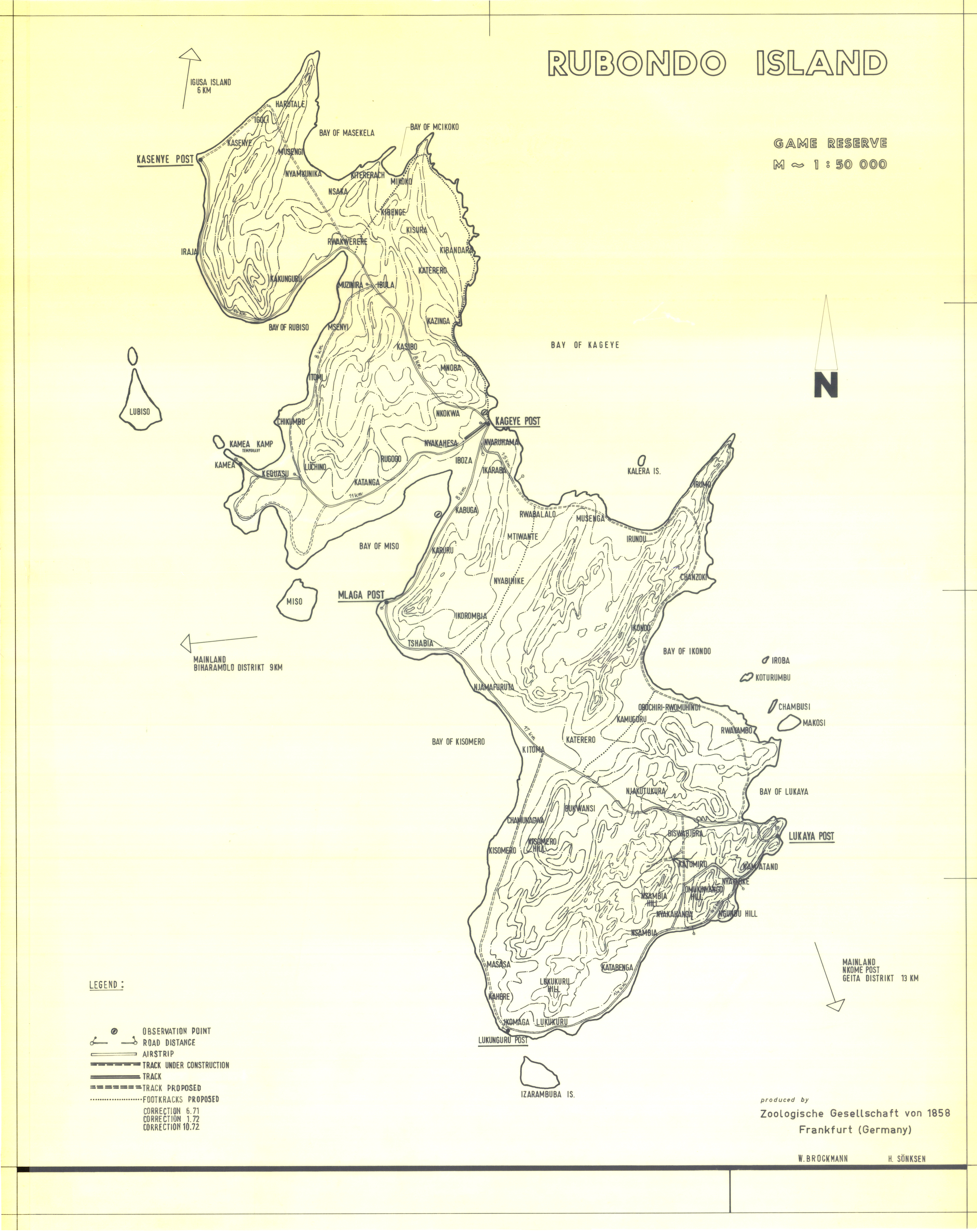 In the 1960s the island resembled an ape paradise. Most of the island was covered in dense forests. There were no large predators there, and it was easy to protect it against poaching.

But the chimps that live there now did not make it to the Island on their own. It was through a lucky turn of events and a hefty amount of resources that brought them there. A lot of which was coordinated by former FZS president Bernhard Grzimek. 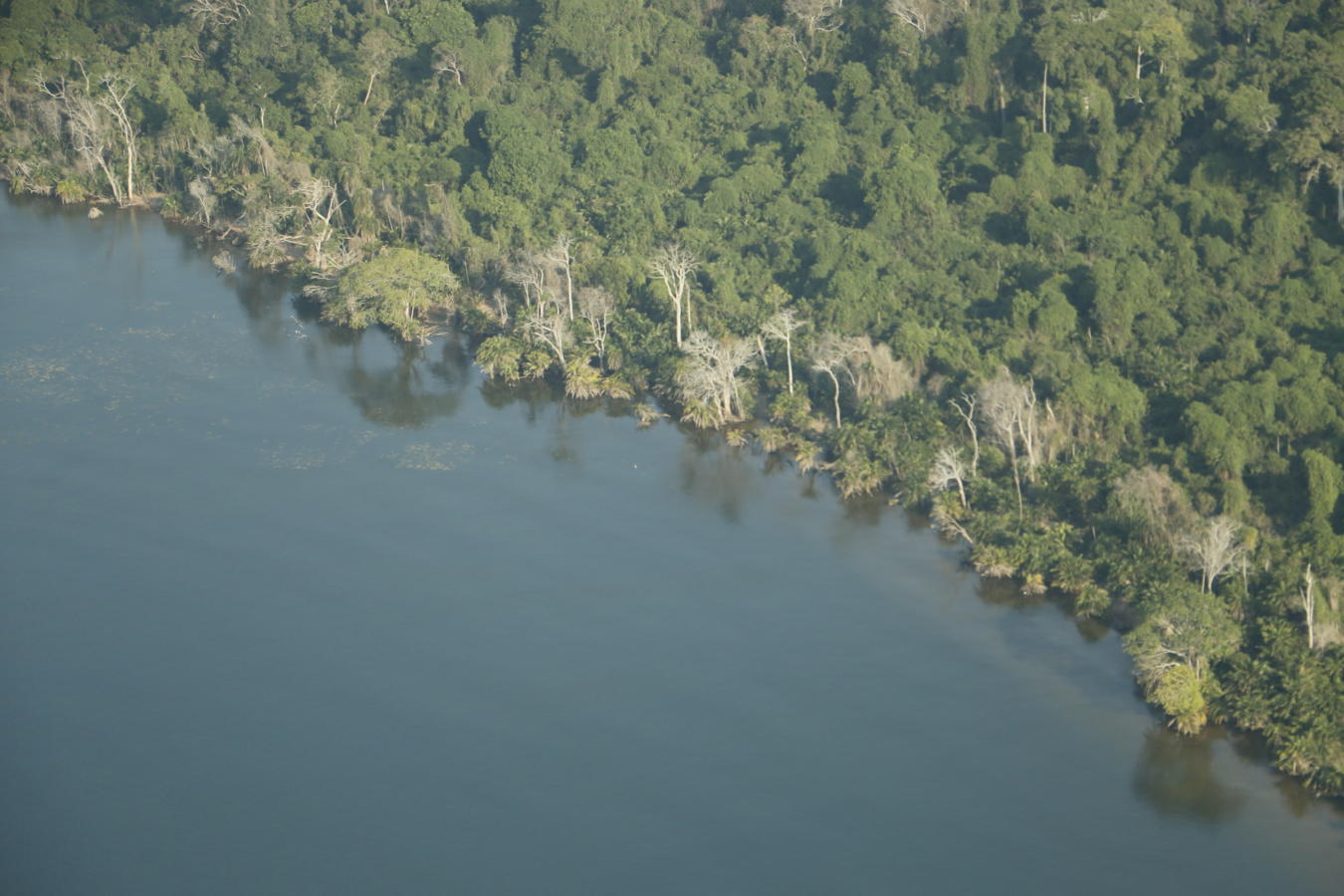 Aerial view of Rubondo Island in 2021.

Life was different in the 1960s

In Bernhard Grzimek’s time, huge companies specializing in the wildlife trade would travel to different regions in the world and bring back wild animals in large numbers. Although catching and exporting wild animals to zoos in Europe is highly regulated today, 60+ years ago this trade created the basis for today’s zoos and conservation breeding programs.

Bernhard Grzimek, a pioneer conservationist, became really worried about animal populations. He feared that some species, such as chimpanzees, would decline so drastically in numbers in the wild, that they would go extinct.

After visiting Rubondo Island in Tanzania’s Lake Victoria in 1964, Bernhard Grzimek learned about the project that game warden from Mwanza, at the southern end of Lake Victoria, Peter Achard, had started. He was planning to make Rubondo into a type of sanctuary for endangered African animal species such as elephants and giraffes. They joined forces and together worked enthusiastically to add chimpanzees to the island.

To make this happen, Bernhard wrote letters to 50 European and US zoos, telling them that Rubondo island was a perfect place to release and protect endangered forest animals. At the time, the location from which the animals originated from was not well recorded, so taking the animals to their original homes was not possible. After many refusals, he managed to convince a few zoos to provide him with their surplus chimpanzees that had been born in the wild.

Traveling across the planet

Between 1966 and 1969, 16 chimpanzees were transported to Rubondo with the first batch of eleven starting its journey in the summer of 1966. This trek was no picnic. The animals ended up spending a month journeying from Germany to Tanzania.

First, the chimps traveled over 440 kilometers from Hanover Zoo in Germany to Antwerp, Belgium by truck. Then, the animals and Gerhard Podolczak Frankfurt Zoo’s head keeper at the time boarded the M. S. Eibe Oldendorff and set sail.

The chimpanzees were well cared for, they had plenty of food: 300 kilograms of bananas, 600 kg apples, 260 kg oranges were on board. They also had 120 kg of straw for bedding and access to fresh air thanks to a specially made hut. Despite all these precautions, however, the hot sun proved too much for one young female chimpanzee who sadly passed away from heat stroke during the journey.

About three weeks later the ship arrived in Mombasa, Kenya. But there was no space to dock the ship, the port was overcrowded. So, the expedition continued south to Dar es Salaam, Tanzania, a journey of just a few additional days.

Upon arrival, the chimpanzees were an instant hit. Cheers and applause from workers on the dockyard and media attention greeted every crate that was lifted out of the ship. Then the chimps embarked on a 1,300-kilometer arduous journey by truck to Lake Victoria on largely unpaved roads.

Finally, on the 23rd of June 1966, after more than a month on the road, the chimpanzees were let free onto Rubondo Island. Each chimp behaved differently upon release into freedom. Some disappeared straight into the bushes as if they had always lived there, while a few others clung to Bernhard Grzimek’s legs for safety. Eventually, however, they all made their way into the new, unfamiliar freedom.

Settling into their new home

Right from the start, Bernhard Grzimek sent a number of volunteers to keep an eye on the animals, and to help with setting up the island’s infrastructure.

After about a year after their arduous journey, some of the chimpanzees started to build nests in the trees. Shortly after, rangers spotted the first newborn young. 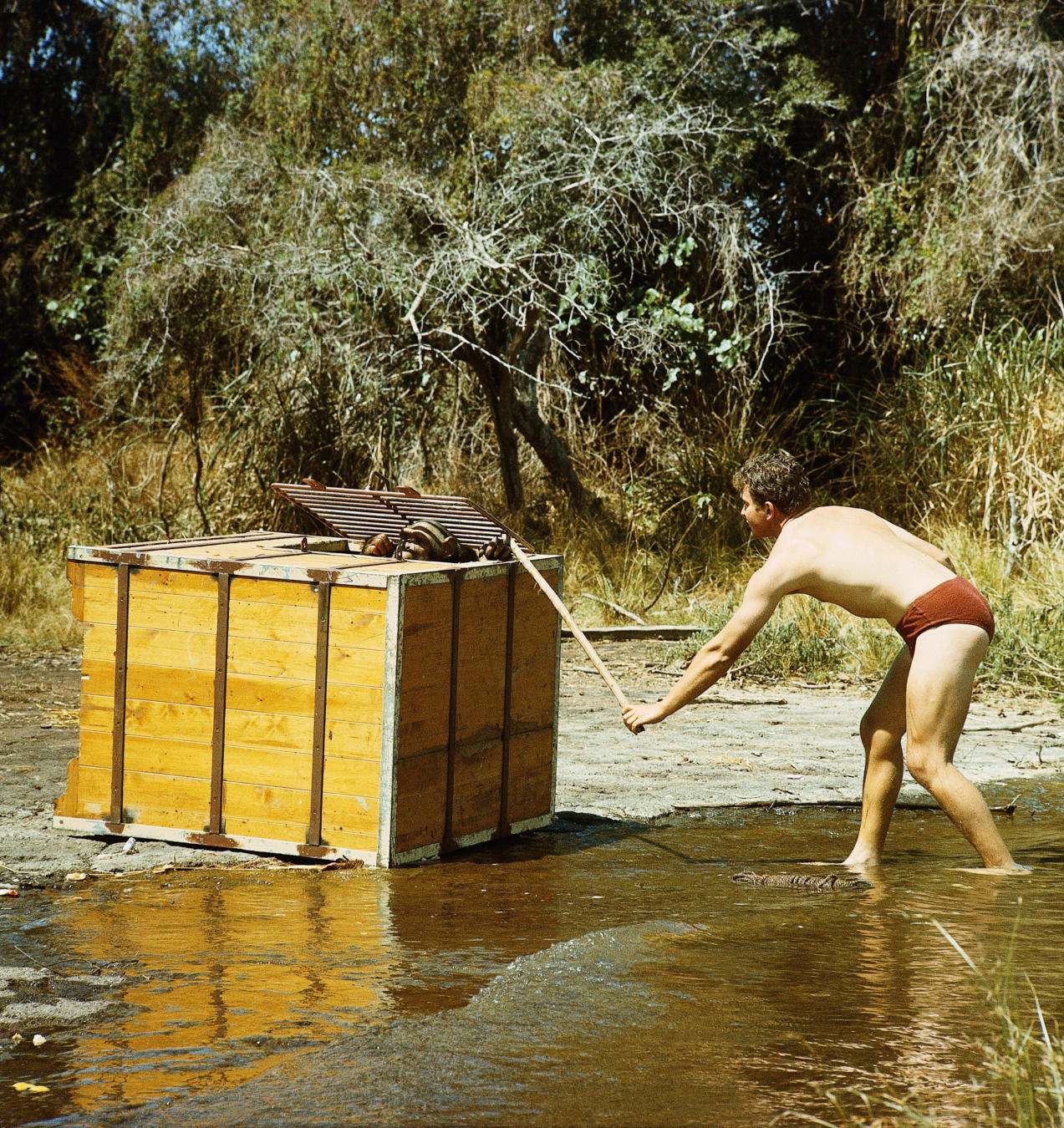 The team that brought the chimpanzees to Rubondo Island carefully opened their cage. Chimpanzees avoid swimming, so the keepers stayed in the water as a precaution, in case the chimpanzees became aggressive. 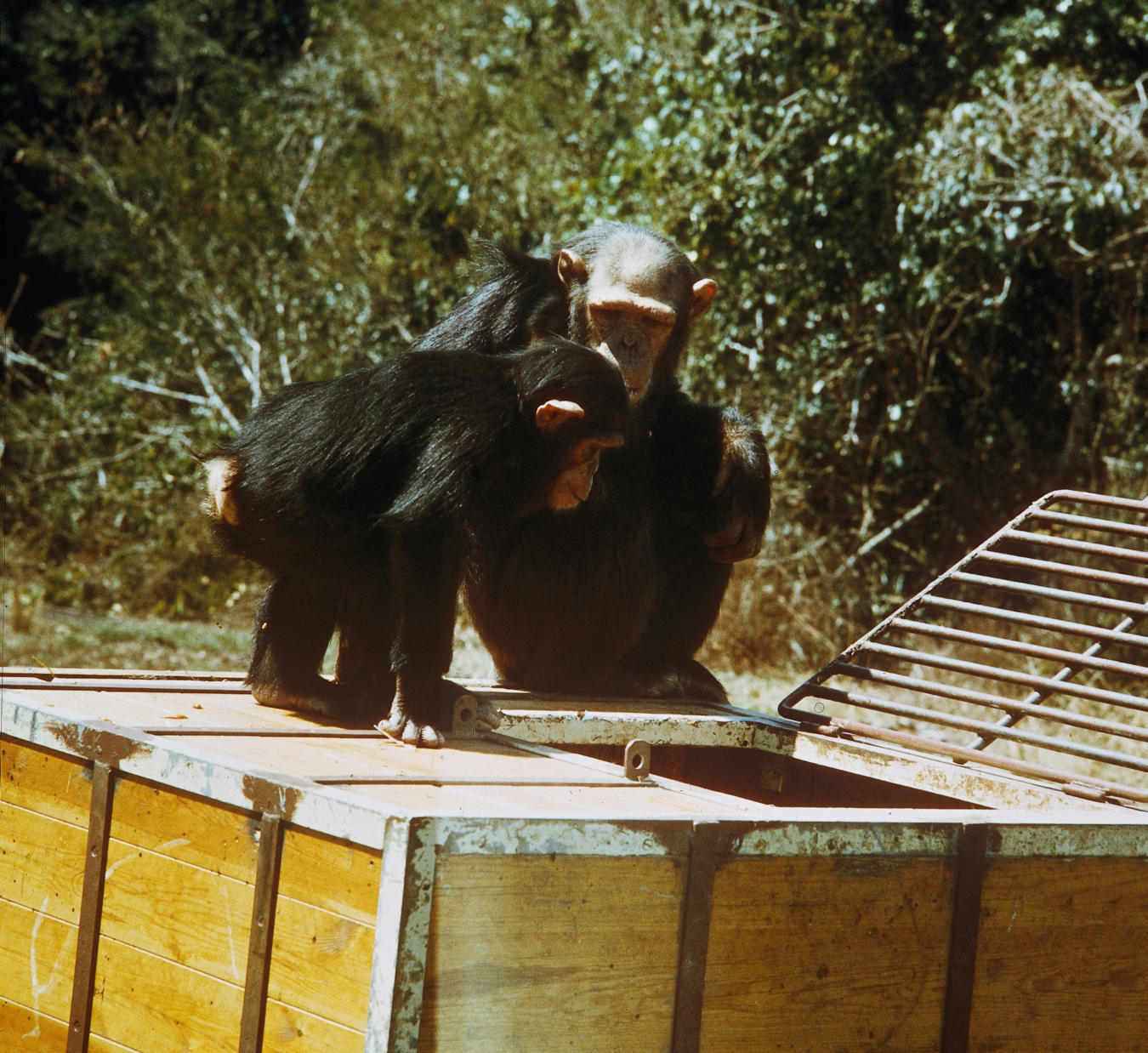 The chimps starting to adjust to freedom. 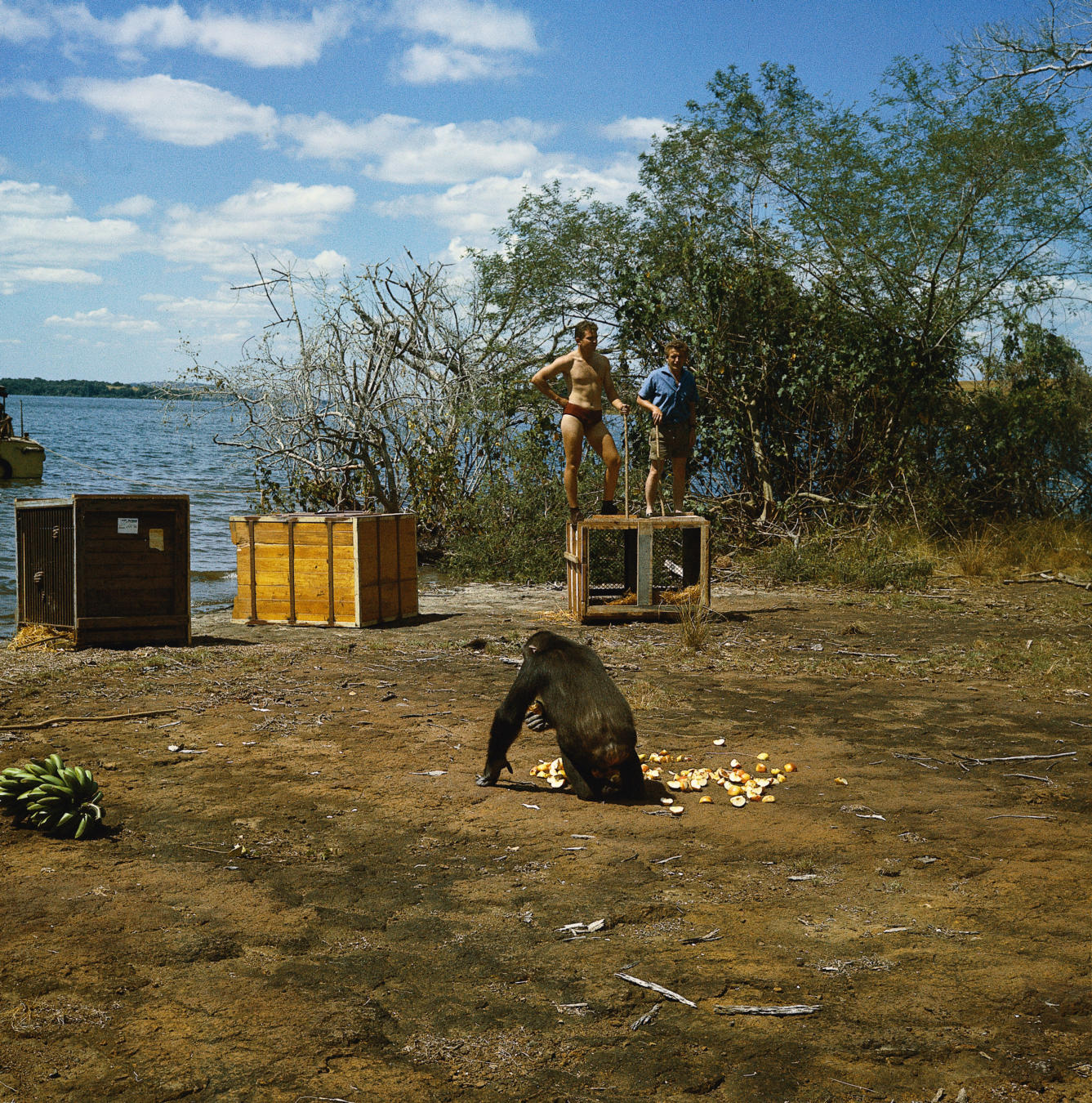 For the first five months after releasing the first batch of apes, rice, bananas and bread were given to the chimpanzees, while they became familiarized with the abundance of natural foods on the island. 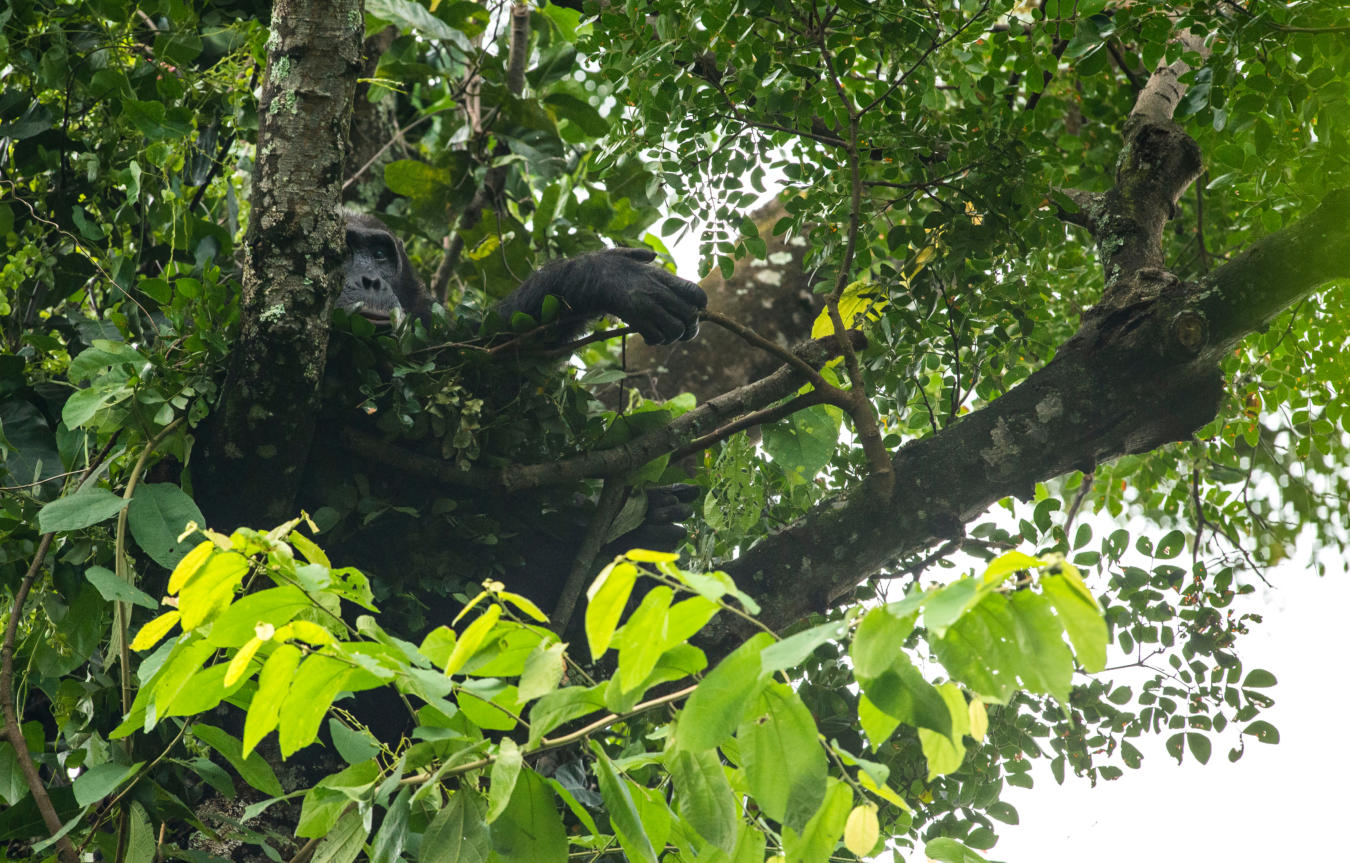 A chimpanzee in nearby Mahale National Park, Tanzania, in a nest. 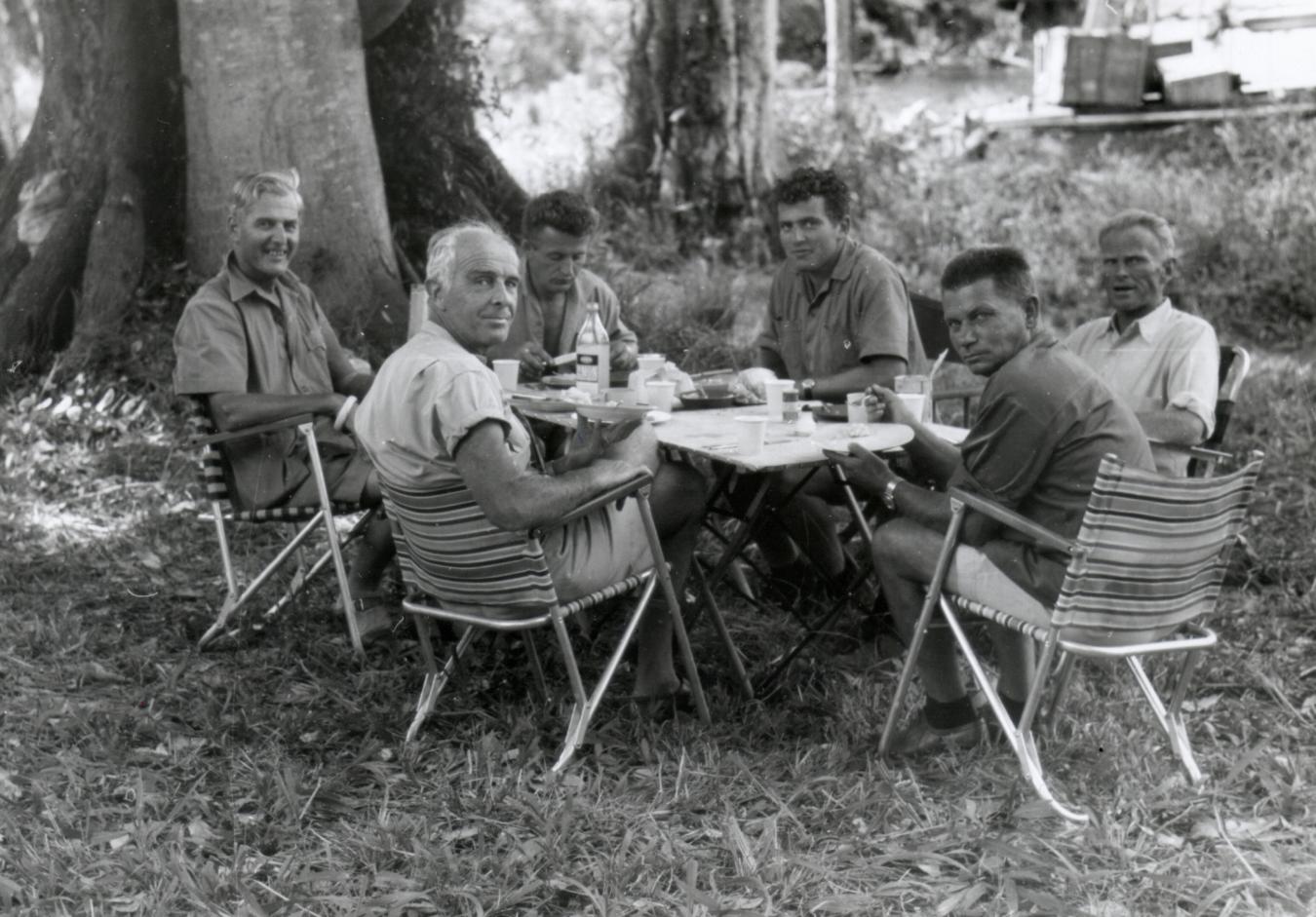 The team relaxing after a long day of releasing chimpanzees.

Pushing out their keepers

For some time, Markus Borner, then project leader of FZS’ Rubondo project, lived on the island. But he soon discovered the challenges that come with living with rambunctious wild apes. After returning from holiday one year, Markus and his wife discovered their house in a state of complete disarray. Wine bottles had been smashed, beds were full of flour, the bedspreads were rumpled as though the chimpanzees had slept in them. Such experiences taught the team that it is better to have visitor accommodations further away from the apes. 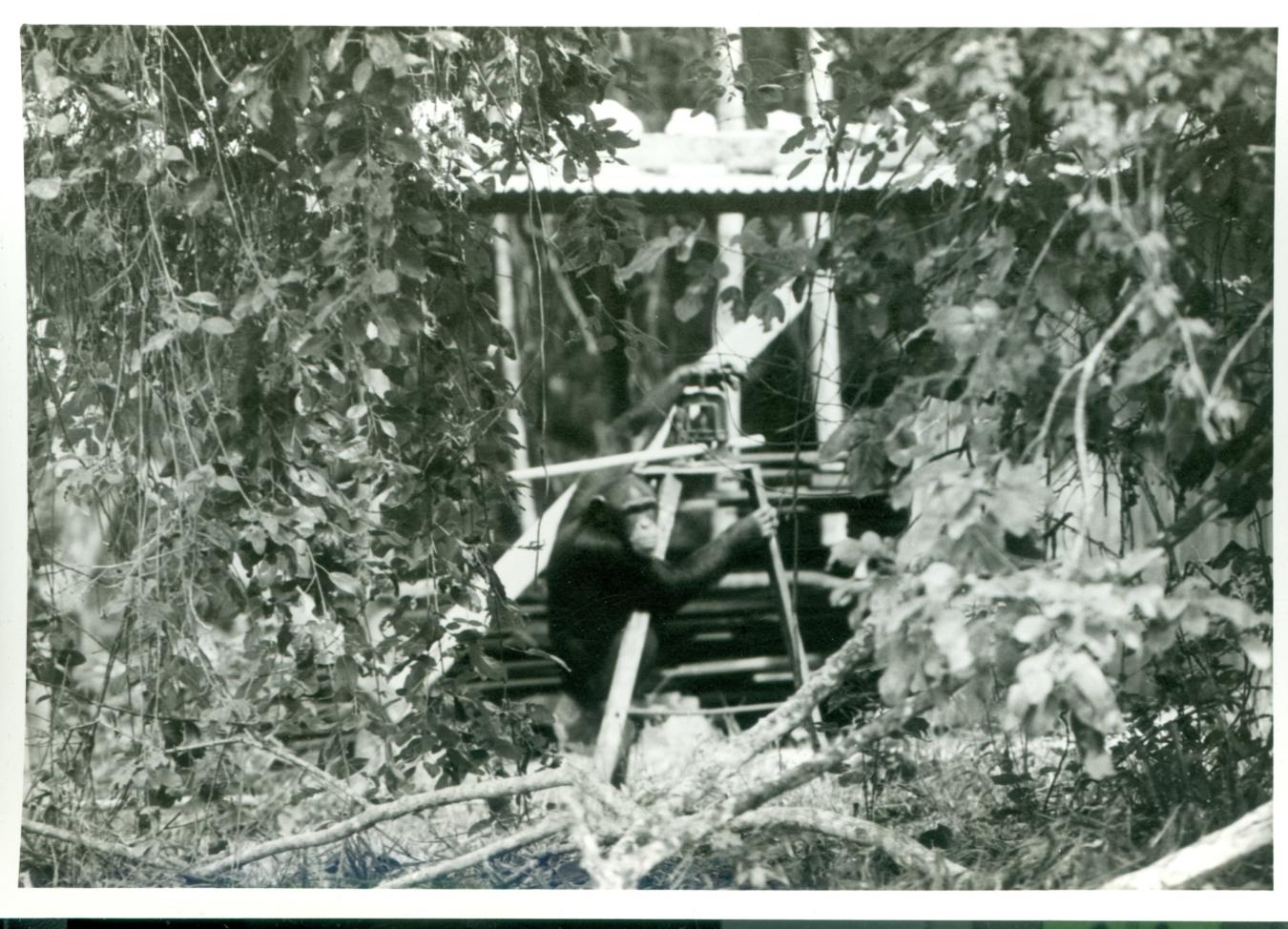