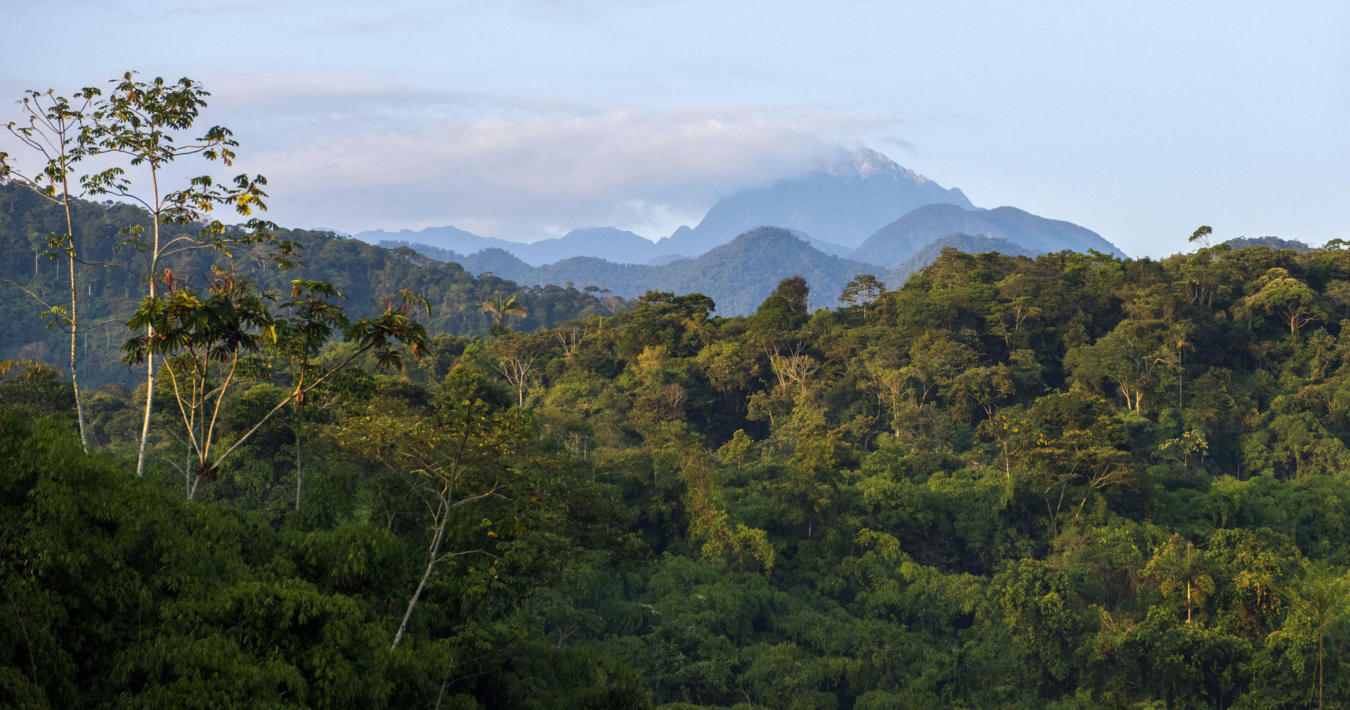 From December 7 to 19, the UN Biodiversity Conference COP 15 will take place in Montreal, Canada. The event is all about protecting nature and halting the global loss of biodiversity. Dr. Peyton West, FZS-US Director, will be attending the conference.

On December 7, the world will meet in Montreal. The reason is nothing less than to save biodiversity, the variety of life. It is the 15th Conference of the Parties, or COP 15, initiated by the CBD, the Convention on Biological Diversity. In the 1992 international agreement, the parties to the treaty set out how the earth’s natural resources should be used and protected. All UN member states are part of the agreement, apart from the U.S., which has signed but not ratified the treaty.

“I hope that we will reach an agreement that finally starts the necessary turnaround in biodiversity conservation,” says COP expert Dr. Georg Schwede. He will be in Montreal as a representative of the organization Campaign for Nature. COP 15 was meant to take place in 2020 in Kunming, China, but due to the COVID-19 pandemic, it was postponed several times. In the end, the conference was split into two parts: The first part was held virtually in 2021, while the second part will take place this week in Montreal.

Despite moving the venue to Canada, China retains the chairmanship of COP 15. In the virtual first part of the conference, 196 participating states agreed on the so-called Kunming Declaration. In this declaration of intent, each nation affirmed that they will give high priority to the earth’s biological diversity by 2030. Nature conservation is to be improved, environmental law strengthened, and financial incentives created for the protection of biological diversity. This declaration is not legally binding, nor does it contain concrete measures.

“The situation is that we currently have a draft with 22 targets, which still has very, very many textual inconsistencies and also contains many points where there is no agreement. Now the task in Montreal is to agree on concrete formulations, targets, and figures,” says Georg Schwede.

Financial pledges made by various countries during the first part of COP 15, such as that of the European Union, which intends to double funding for biodiversity protection, or the establishment of the Kunming Biodiversity Fund by China, endowed with the equivalent of 230 million US dollars, are a promising signal that the world is serious about saving biodiversity.

One of the goals of COP 15 is to adopt the so-called Post-2020 Global Biodiversity Framework, an outline of concrete actions to conserve and restore biodiversity. This includes the 30×30 target, which calls for at least thirty percent of the planet’s land and marine areas to be protected by 2030 to curb biodiversity loss and climate change.

The Campaign for Nature initiative, which Georg Schwede represents as European director, is committed to pushing 30×30: “The next decade, the scientific community agrees, is a crucial one for achieving the 1.5-degree climate target. And biodiversity conservation through land protection and restoration plays a critical role in that,” he says.

Dr. Peyton West is attending the Biodiversity Conference in Montreal. The American biologist has been executive director of our American sister organization, the Frankfurt Zoological Society – US, for many years. Even though the organization consists of only three people, it has been able to raise almost 13 million US dollars in funding from donors in the United States for FZS-supported projects. The funding goes primarily to our projects in Africa, but also to those in Peru.

“For us, it’s important to be there,” says Peyton. “It helps us tremendously in understanding how biodiversity conservation works on the international political stage, how decisions are influenced and made, and how we need to evolve as an organization to do effective work.” COP 15 will also clearly show which countries are committed to biodiversity conservation and to what extent, where synergies with government agencies or other organizations are possible, and where it might also become more difficult to work in the future.

Better integration of and collaboration with indigenous peoples and local communities is one of the big themes at this year’s Biodiversity Conference. “That’s always been important to us in the projects, but it’s taken on a much greater importance again in international conservation,” says Peyton. In this respect, too, it is important for us and our projects to see in Montreal how issues are discussed and what good examples there are.

More support for the Global South

In the coming years and decades, the countries in the Global South, and Africa in particular, will feel the effects of climate change and biodiversity loss most acutely in combination with a rapidly growing population. These impacts are caused by the Global North. Therefore, financial support must come from us in order to preserve as much as possible of the natural areas in the Global South and with them buffers against climate change.

One of the instruments for this is the Legacy Landscapes Fund set up by Germany. Peyton will moderate an event about it at the COP, as she helped get this foundation off the ground, along with FZS Executive Director, Christof Schenck. “The Legacy Landscapes Fund is an important tool, and we need a lot more individuals and governments to make long-term funding commitments through it,” says Peyton West. “If we don’t think really big, we will not succeed in making a difference for our planet.”

This article will be published in the December edition of the German FZS GORILLA-Magazine.