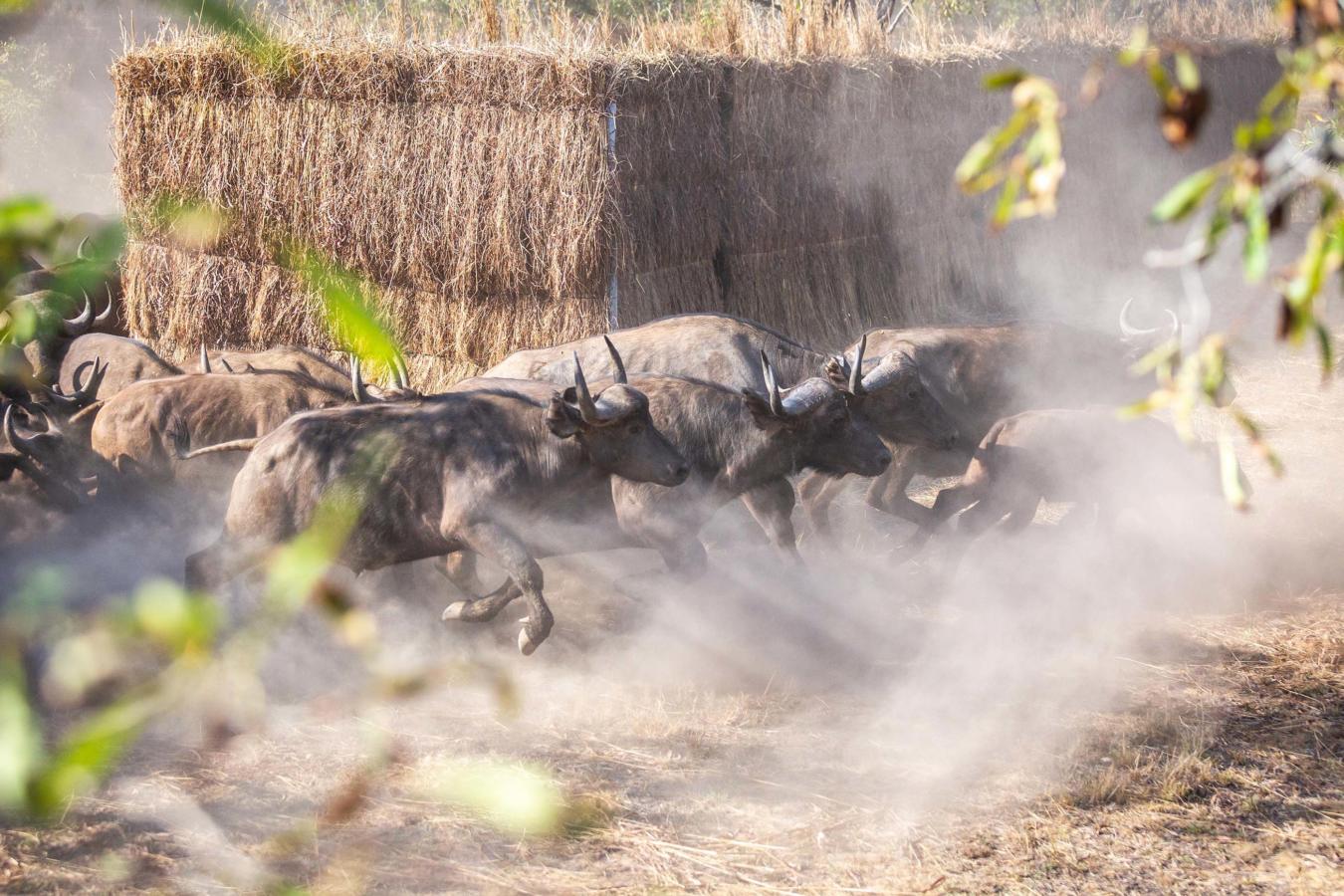 Nsumbu National Park has welcomed 200 buffalos and 48 zebras in a move which represents a historic milestone in the recovery of the Nsumbu Mweru Ecosystem.

NSUMBU NATIONAL PARK, NORTHERN PROVINCE, ZAMBIA (June 28, 2021) – The successful start to the restocking program of the mega-herbivores was implemented by the Nsumbu Tanganyika Conservation Programme (NTCP) in partnership with the Department of National Parks and Wildlife (DNPW). The fourth and final convoy of animals arrived safely from North Luangwa National Park on Thursday 24th June.

NTCP Programme Manager Craig Zytkow said that the two-week operation took over two years to plan. “We took our responsibility seriously – from ensuring the highest standards of animal welfare and ethical capture were met, to collaborating with numerous government and community stakeholders, all from inception to final release.
Until now the NTCP has focused on allowing existing animal populations to recover naturally. “This move marks the point where we start to return species that have gone locally extinct or are in numbers too low to recover naturally,” said Zytkow.

The NTCP was formed in 2017 as a partnership between DNPW and the Frankfurt Zoological Society (FZS). It is FZS’s second Zambian project – the first being the North Luangwa Conservation Programme and is an example of successful project-to-project collaboration. “It’s a great example of teamwork between our project landscapes,” said Ed Sayer, FZS Country Director. “And this first large multi-stakeholder operation shows that the partnership between FZS, DNPW, and the communities is ready to begin the work of our longer-term vision to secure the wider Nsumbu ecosystem.”
Nsumbu is known for its extremely rich aquatic biodiversity, its endangered Sumbu-Itigi forests, and as home to an isolated elephant population. The protection of this crucial watershed and wide landscape, through flagship projects such as this buffalo and zebra translocation, is vital in the global fight against climate change.

“In a world where wildlife and large landscapes are diminishing, it is critical that intact ecosystems like Nsumbu are balanced and provide the full spectrum of ecosystem functions and biodiversity conservation, for the benefit of people and wildlife alike,” said Zytkow.
Assistant Director DNPW Chris Kaoma was present for the final capture and release. “This move will be another step in the right direction towards revitalizing Nsumbu… thank you to FZS for the support.”

Community members also welcomed the animals. Evaristo Mukwavi, Nsama CRB Chairperson was proud to be part of a special piece of Nsumbu history. “This is something that has never happened before. Its historic to me – even as it is to our patron, the senior chief, and the whole community…We will have more young men and women being employed to take care of the animals. And later these animals will be a source of community income generation.” 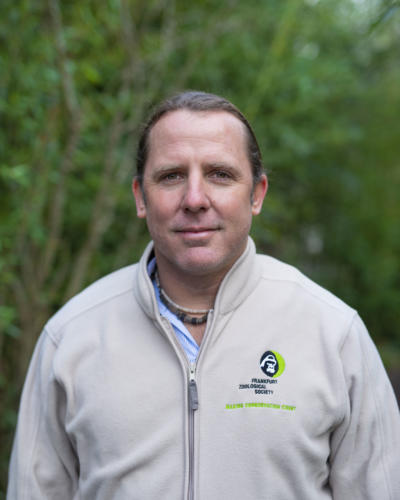 Senior Wildlife Ranger of Nsumbu National Park, Thomas Bwalya, and his team have worked hard to secure the area for the animals’ arrival. “My officers and I are very excited to receive the buffalos and zebras. And [so is] the community… some of them had never seen a zebra before. They have just seen them on television. But this week, it was a reality.”

“This was our first step towards realizing further translocation aspirations, now we need to monitor these animals’ health and security to ensure that we can continue on our landscape restoration program together with empowering the surrounding communities – particularly as we ultimately aspire to reintroduce endangered species such as black rhino and lion. We’re delighted to have started the journey and would like to thank DNPW and all our donors, particularly the Wyss Foundation as the primary donor, who together have provided an enabling environment for us to take the first steps,” said Zytkow. 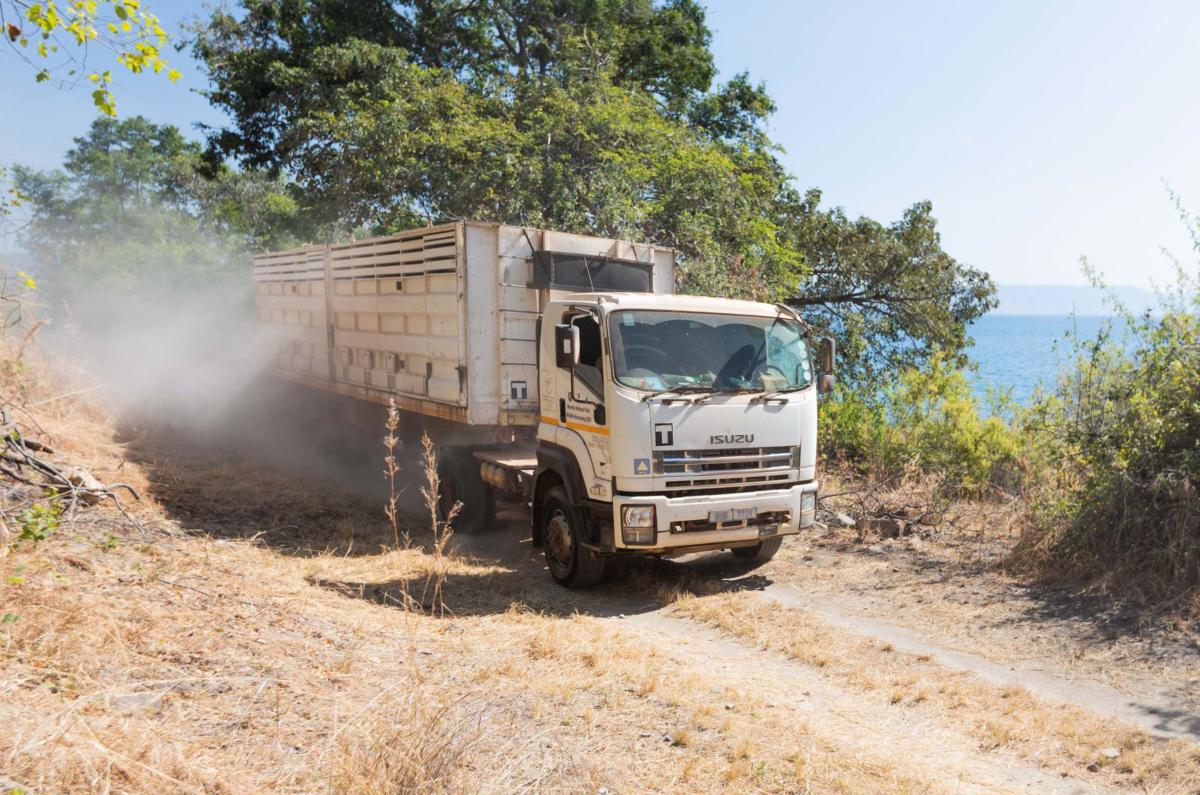 The transport logistics involved in moving 248 animals from the Luangwa Valley to the shores of Lake Tanganyika was no small challenge, here one of the translocations trucks approaches the release site in Nsumbu National Park. © Mana Meadows 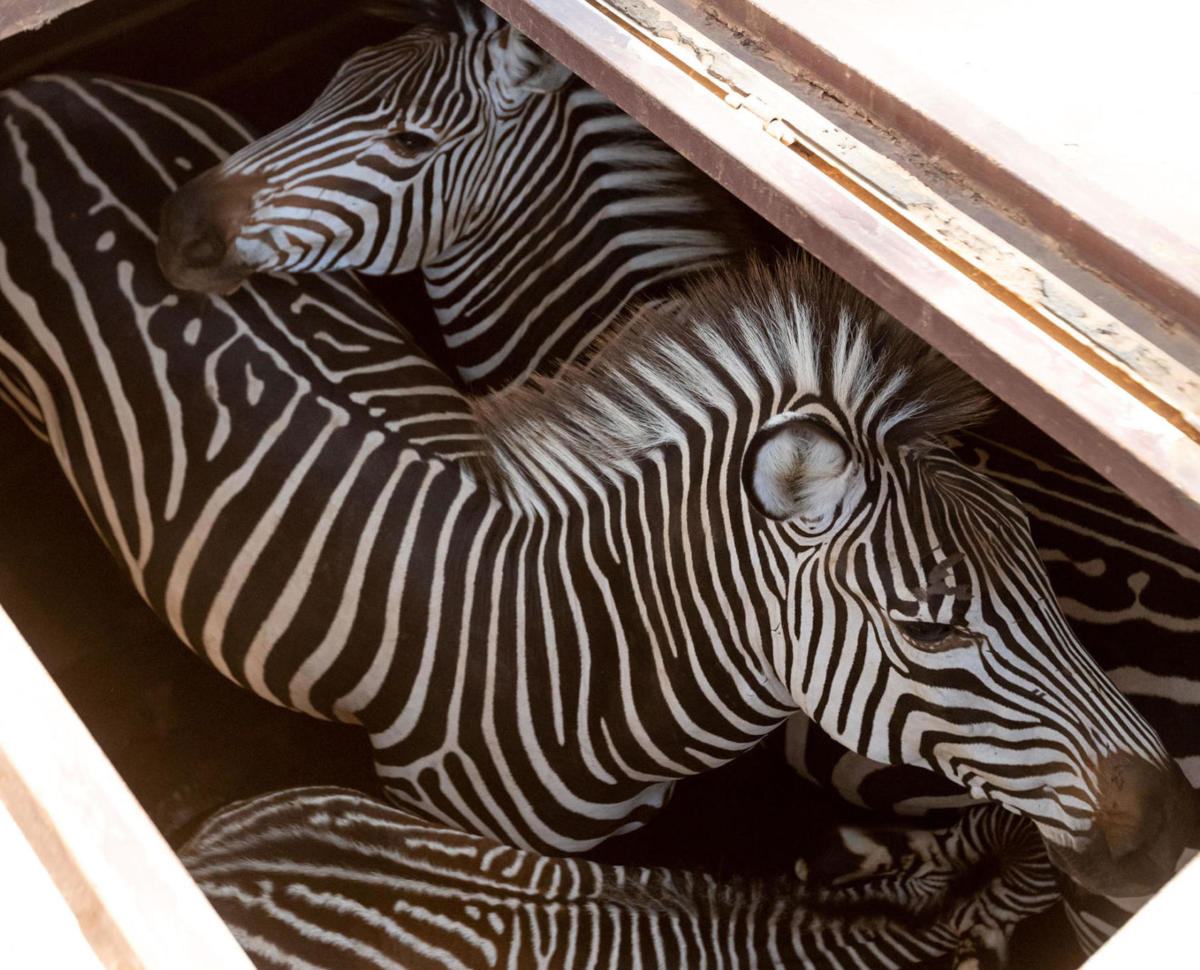 During the translocations, family groups were held together to ensure social bonds were maintained which helps to minimize stress to inherently social animals such as zebra. © Mana Meadows 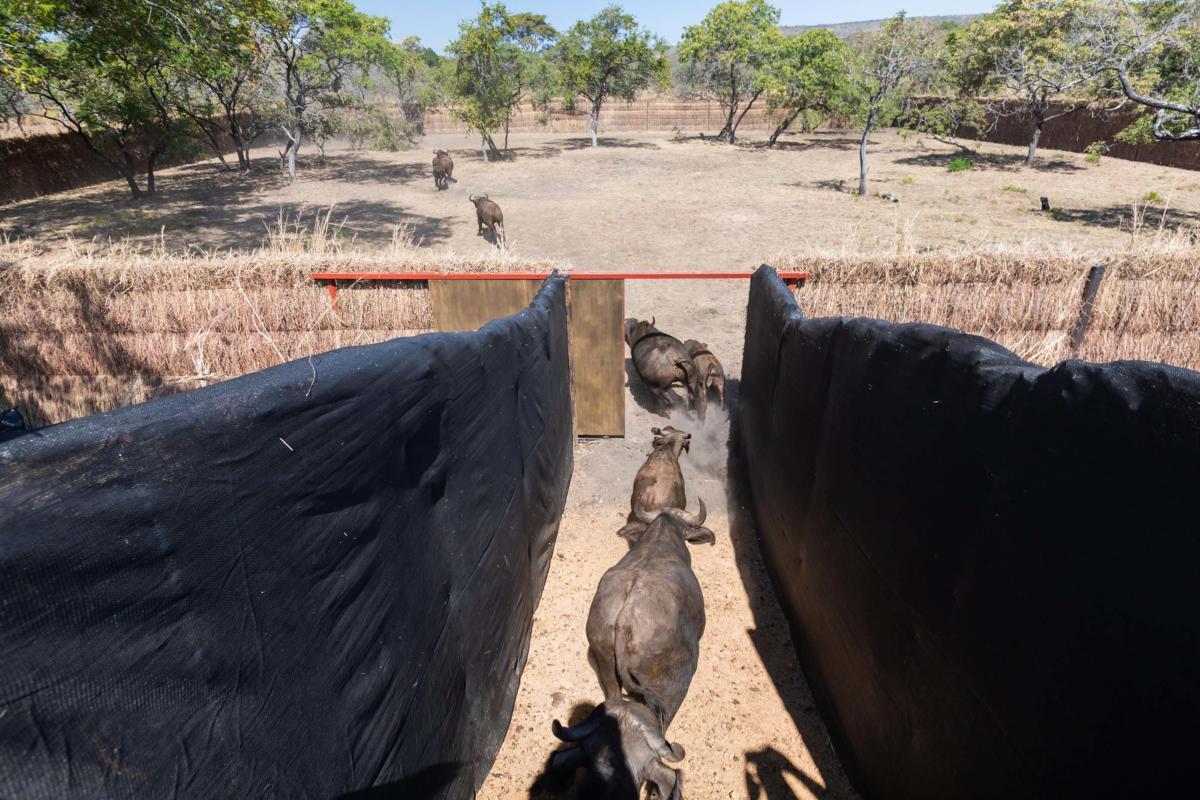 All the translocated animals were initially released into a release boma, allowing them time to drink, rebond with family members, and finally be released as a herd into the wilds of Nsumbu. © Mana Meadows 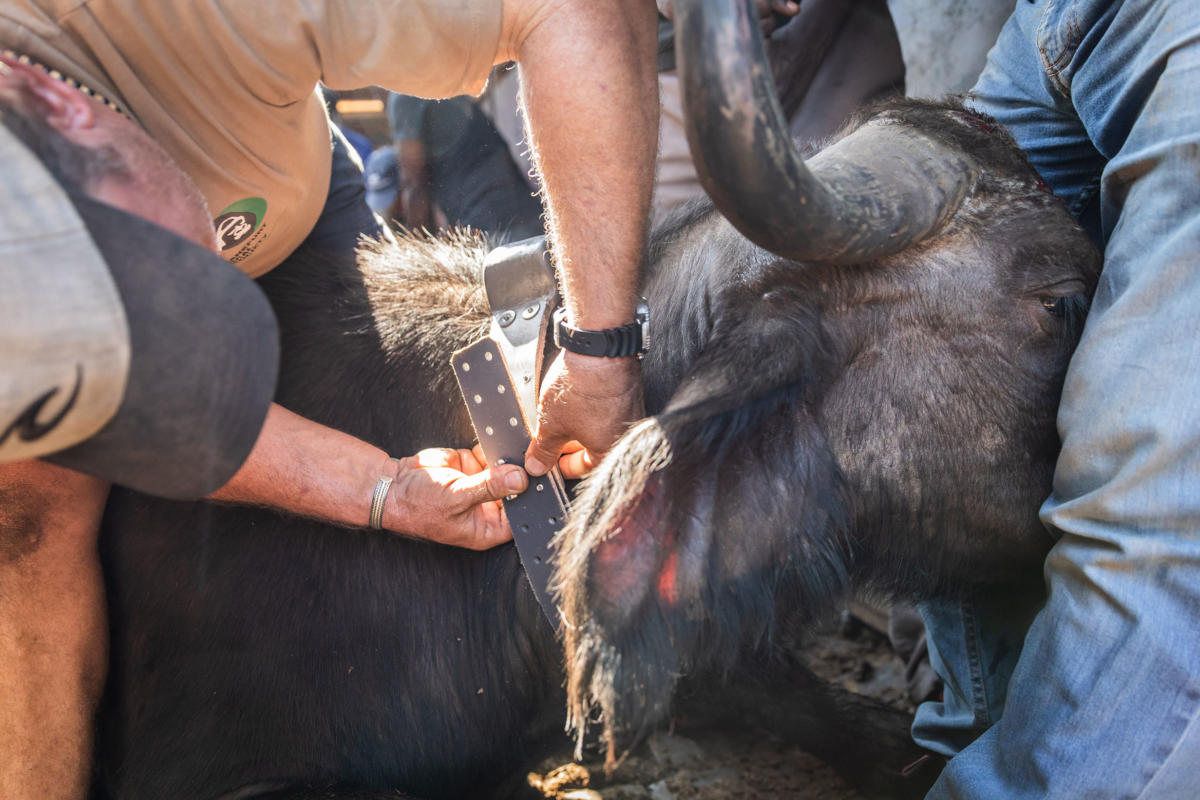 Close monitoring of the translocated animals after their release is essential in tracking their health and security in their new home. A selected number of animals were fitted with tracking collars to aid in management decision-making. © Mana Meadows

The Nsumbu Tanganyika Conservation Programme is a joint partnership between the Frankfurt Zoological Society (FZS) and Zambia’s Department of National Parks and Wildlife (DNPW). It was formed to accelerate efforts to protect Nsumbu National Park and the wider Nsumbu Mweru Ecosystem.