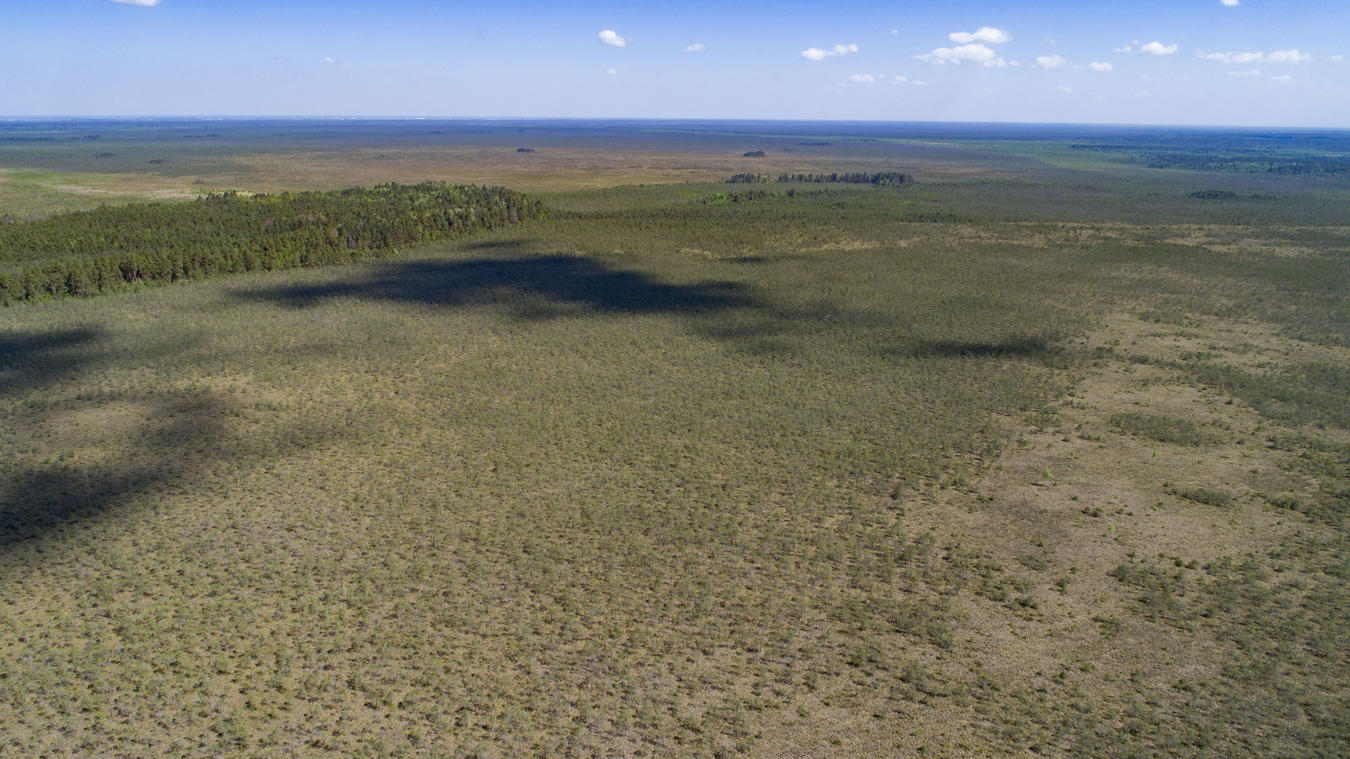 Almany harbours a rich diversity of species. Large predators like Eurasian lynx and wolf roam in search of prey, which also thrive in the area; The Almany Mires Nature Reserve now spans over 104,000 hectares.

A 10,000 hectare expansion of the Almany Mires Nature Reserve in the Belarusian part of Polesia was announced by the Republic’s Council of Ministries on March 3rd 2021. The reserve now spans over 104,000 hectares (about the size of Hong Kong) – securing Europe’s largest intact transition mire and crucial habitat for globally threatened wildlife. Together with protected areas across the border in Ukraine, it forms the largest complex of bogs and mires on the continent. The area stores huge amounts of carbon and forms part of the Pripyat river basin, playing a vital hydro-regulatory role for one of Europe’s last wild rivers.

The decision to expand Almany hinged on efforts by local NGOs, the Ministry of Natural Resources and Environmental Protection, and the Belarusian Academy of Sciences (NAS), supported by FZS. FZS partner APB-Birdlife Belarus has been working closely with the NAS and also the British Trust for Ornithology to carry out biodiversity monitoring and surveys in and around Almany since 2019.

High conservation value forests were mapped and various field camps were completed to identify roosting trees for bats, nests of threatened birds, and other key sites for biodiversity. Acoustic recorders were deployed collecting thousands of hours of recordings and allowing researchers to identify the wildlife detected, in particular bats. Camera traps were also deployed to survey large mammals. This work, carried out as part of the ‘Polesia – Wilderness Without Borders’ project with funding from the Endangered Landscapes Programme and Arcadia – a charitable fund of Lisbet Rausing and Peter Baldwin, helped identify crucial habitat beyond the boundaries of the reserve.

The preparatory work for these efforts was supported by the Claus und Taslimawati Schmidt-Luprian Stiftung Vogelschutz in Feuchtgebieten. The Belarusian Academy of Sciences submitted an expansion proposal, based on these results, to the Ministry of Natural Resources and Environmental Protection earlier this year. The proposal was accepted in March.

Almany harbours a rich diversity of species. Large predators like Eurasian lynx and wolf roam in search of prey, which also thrive in the area; while rare birds breed in the canopy of its riparian pine-dominated forests. Listed as a BirdLife Important Bird and Biodiversity Area, the summer months see one of Europe’s rarest songbirds, the globally threatened Aquatic Warbler, and the country’s largest Greater Spotted Eagle population move into the area to breed. During this time, thousands of other migratory birds also stopover in the area to rest and build up reserves for their winter flights. Other notable species found in the area include Black Stork, Terek Sandpipers, Golden Plover, Common Crane and Great Grey Owl.

Next steps for this important heritage

Although our partners in Belarus are celebrating this fantastic result, they are determined to achieve an even higher level of protection for this special landscape. The ‘Polesia – Wilderness Without Borders’ project is preparing a bid to designate a transboundary, 250,000 hectare UNESCO world heritage site in Polesia, with Almany at its heart. Conservationists also fear that the level of protection offered by the legislation of a ‘nature reserve’ might not provide adequate protection for this unique area. They plan to apply for the highest level of protected area status in the country – Strict Nature Reserve – which would better protect Almany’s forests from exploitation.