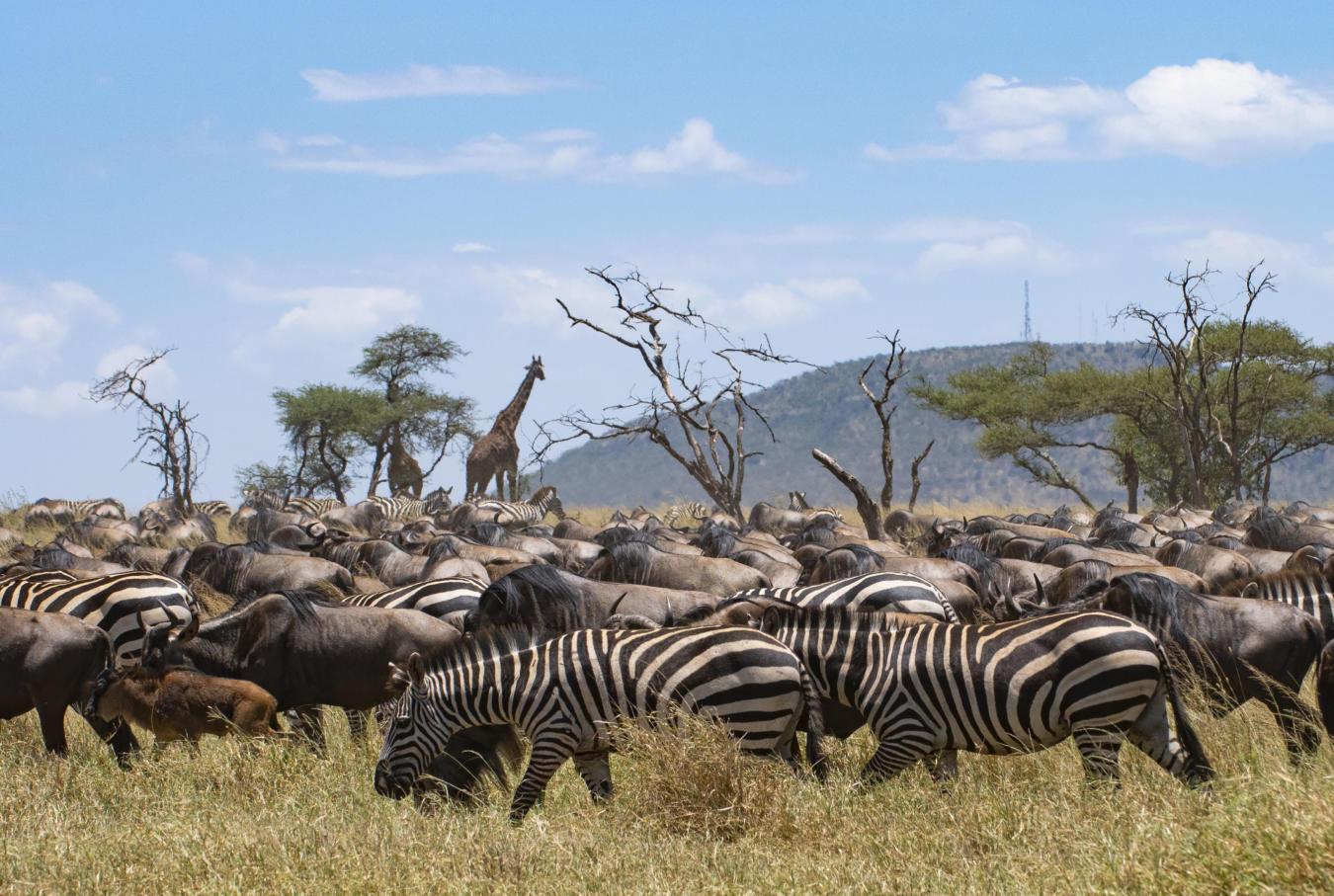 The leap of pathogens from animals to humans is getting easier

Zoonoses are part of life on earth. But the destruction of biodiversity combined with climate change is affecting ecosystems worldwide. This could bring us even more pandemics in the future.

This interview is a translation. The original was published in German in the November 2020 Gorilla Magazine.

Three-quarters of all new or re-emerging infectious diseases in humans can be traced back to so-called zoonoses. As the word “zoo” suggests, these have something to do with animals. Zoonoses are infectious diseases transmitted to humans by vertebrates such as monkeys, bats, or rodents. The actual pathogens can be bacteria or viruses, but also fungi or other biological entities such as prions. Prominent examples of zoonotic infectious diseases in recent years include Ebola, Zika, SARS, MERS, and now COVID-19.

For some pathogens, transmission from animals to humans takes place via direct contact. For others, this happens indirectly, such as by consuming animal products.

Other pathogens use a “shuttle service” to travel from vertebrates to humans, such as an insect. More than 200 zoonotic diseases have been described worldwide. Many of them pose a significant threat to us. Either because they are very deadly, or because they have the potential to make the leap across the species barrier. This way they can then become transmissible from human to human, like SARS-CoV-2.

To gain more insight into this topic, we spoke with Professor Dr. Wolfgang Preiser, a virologist and head of the Division of Medical Virology at the Stellenbosch University Faculty of Medicine in Cape Town, South Africa. 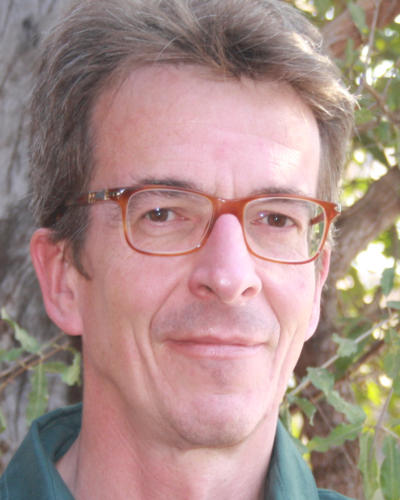 FZS: Professor Preiser, has the world learned anything from previous epidemics and pandemics?

Prof. Dr. Wolfgang Preiser: That’s a fair question! After everything we have researched and learned since the SARS outbreak in 2003, the current pandemic cannot really be called a surprise.

I contributed to a report on zoonotic diseases from the wildlife trade in 2003, which was published in April 2020. The preface was updated, but otherwise, the rest was unchanged because nothing fundamentally changed in 17 years!

The sad thing is that we know quite well, or at least could know, how novel viral diseases arise. The destruction of natural habitats, people going into previously untouched habitats, hunting wild animals, and the wildlife trade. All these are factors that allow viruses that occur naturally in animals to jump to other animal species and, in the worst case, directly to humans. High population density, poor sanitation, and extensive travel then help to spread pathogens far and wide.

How could this have been prevented?

It will never be possible to eliminate this risk completely. But it can be reduced. For example, through nature conservation and species protection. But also through early warning systems and, of course, through good public health care. All this is well known, and a pandemic has been rehearsed many times – but now, in an emergency, there is a lot to be desired. Germany is doing far better than other countries.

How often do pathogens make the leap from animals to humans?

Many animal species harbor an abundance of different viruses – the more you search, the more you find. The vast majority of them pose no danger to us or other animal species and may even play a useful role. Some of these viruses, however, can cross the species barrier if the circumstances are favorable.

By the way, this is not new at all: ever since our ancestors began to domesticate animals, such skipping of pathogens has occurred. Some of them have adapted very well to the new host: Rinderpest, measles, and canine distemper are caused by closely related viruses. Here, the pathogens benefit from their enormous mutability. In the case of such a change of host, there is often something called “rapid evolution,” where a pathogen rapidly acquires new properties and adapts to new hosts.

What, then, would accelerate such a development?

The more intense the contact between animal species and humans becomes, the greater the risk that a virus will jump over. Factory farming and animal markets are particularly dangerous. Often there are poor hygienic conditions and animals are crammed into confined spaces. These are reasons why some of my colleagues describe such markets as “breeding chambers for new pathogens”.

Wildlife markets are a good keyword. Many organizations are calling for massive restrictions on the wildlife trade and the consumption of wildlife products. Would that help from a virological point of view?

In my opinion, yes, absolutely. But opinions are divided on this: Some scientists point out that so-called bushmeat, i.e. wild animals hunted for consumption, is an important source of protein for the local people in many areas. This is certainly true and not new. What I consider highly problematic, however, is the commercialization of this hunting and the subsequent trade. We see this in Africa, where wealthy circles in cities or even abroad pay a lot of money for bushmeat. In East Asia, too, the consumption of “exotic” meat is increasingly seen as a status symbol for the wealthy. This then has nothing to do with food security, but t is pure commerce – good for those who profit from it.

Meanwhile, the animals, the species, and, in the event of a pandemic, possibly the whole of humanity may have to suffer as a result.

Perhaps we should agree on a compromise: Self-sufficiency on the land yes, commercial trade no. Even if we could stop the illegal trade, much would be gained. Not only in terms of infectious diseases, but also for the protection of species and, of course, for animal welfare.

But we shouldn't just look to other countries, should we?

That’s right, we also have to look at ourselves. Instead of bush meat, we eat steaks – and these often come from intensive animal husbandry. This causes enormous problems. From the clearing of rainforests, for the cultivation of animal feed to the emergence and widespread distribution of resistant pathogens through the misuse of antibiotics in animal husbandry.

Is there a link between biodiversity loss and pandemics, or rather zoonotic diseases?

Quite. One could say, let’s shoot all the bats or poison them and have our peace. But it is not that simple. Such approaches to reduce the potential risk of infection often have unintended consequences. This leads to other wildlife, populations, or even species occupying the ecological niche that had been vacated. Territorial fights or shifts in the distribution of animal species can increase the risk of infection.

Yes, by intervening in natural ecosystems, things often are worse off. The diversity of species is reduced and some adaptable generalists among the animals multiply explosively, without natural enemies including humans. This increases our risk of becoming infected with pathogens from these animals. Apart from this, many wild animals are useful to us: bats exterminate harmful insects or pollinate crops and many animals provide important so-called “ecosystem services”.

It may seem paradoxical, but a species-rich ecosystem is probably also best for our health.

Does this mean that we should expect more frequent epidemics or even pandemics in the future?

Unfortunately, yes, I’m afraid so. We now know a great deal about possible pandemic pathogens and the connections between them. But will we learn the right lessons this time? I can only hope so. After all, humanity has shown that it can respond decisively to acute challenges such as the pandemic, even if that means restrictions. Much would be gained if we could now apply this to the other two “planetary emergencies”. Climate change and species extinction threaten us as much as pandemics, albeit over longer periods of time.

To finish, is it possible for us to transmit SARS-CoV-2 back to animals?

A “reverse zoonosis”, i.e. an infectious disease transmitted from humans to animals, is definitely a danger. We know of a few, relatively few cases in which cats and also dogs have contracted SARS-CoV-2 from their owners; likewise some big cats in zoos contracted it from animal keepers. Fortunately, the disease appears to be rather mild in these species.

Studies of cellular structures also suggest a potential risk of infection with the new coronavirus in quite a few other animal species. Even some marine mammals may become infected if they come into contact with the virus, for example through the discharge of untreated sewage!

One can see this and fear that humans could become re-infected. This has happened with mink on fur farms: First employees infected the minks, then the minks, in turn, re-infected people. Because of this, millions of mink had to be killed in several countries, especially since there was preliminary evidence that viral mutations created in mink may have had adverse consequences for humans infected with them.

I am more concerned about the protection of nature and species: small populations could be threatened by a serious infectious disease – think of great apes and some bat species. And at the same time, of course, we should be very careful not to create a new animal reservoir with viruses that are dangerous to us.

Professor Preiser, thank you for the interview.

This article was originally published in the November 2020 GORILLA magazine

For more about this topic

Preventing the Next Pandemic: Zoonotic diseases and how to break the chain of transmission
United Nations Environment Programme and International Livestock Research Institute, Nairobi, Kenya (Juli 2020)