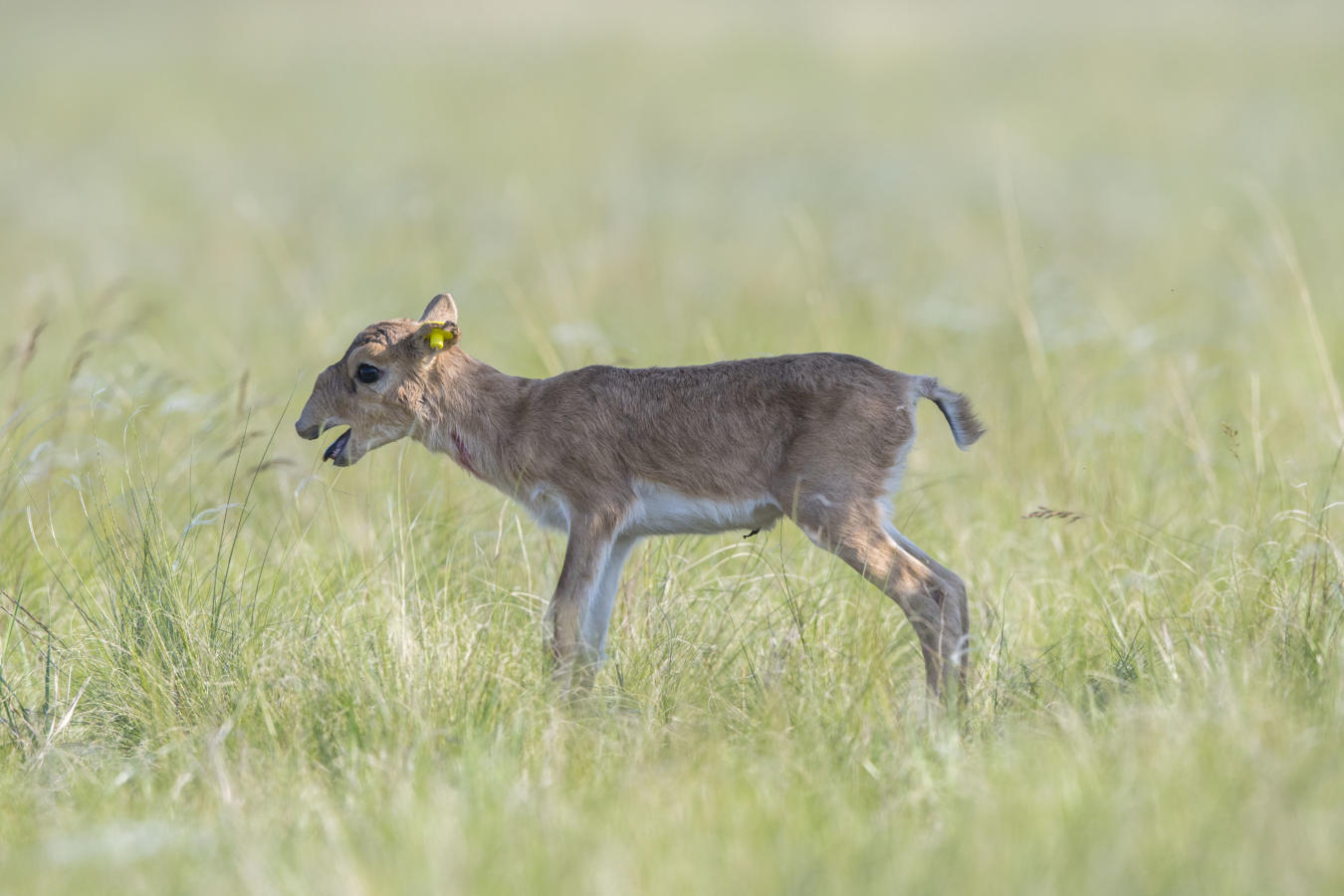 The results from this year’s annual aerial census show that the total number of saiga antelope across the three Kazakh populations has risen to around 1,318,000 individuals for the first time in 30 years. This is an unequivocal success for conservation! Indeed, there are many reasons to be energized by this success, one of which is seeing the saiga’s robust recovery after disease spread through the Betpak Dala population in 2015 killing 200,000 saiga (then, 60% of the global population) in less than a month.

Under favorable climatic conditions, an annual increase of 35-40% is natural for the saiga, due to the high natural fecundity of the species — females begin to breed from 8 months, and give birth to 1-2 calves annually. But another possible reason for the stable increase across all populations can be attributed to the continuous strengthening of protection and anti-poaching measures which have been supported by FZS for nearly 15 years.

Saiga tracking and surveys since 2006, when our work in Kazakhstan began, have laid the groundwork for securing 4 million hectares worth of safeguarded steppe and semi-desert habitats. Further, the government of Kazakhstan’s anti-poaching activity was stepped up a gear in the mid-2000s as a response to the near decimation of the species after the collapse of the Soviet Union. In the fifteen years from 1988-2003, saiga antelope numbers crashed 95% to 21,000; the fastest decline ever recorded for a mammal species. This was caused by widespread illegal poaching for meat to eat and for the male’s horns which were sold for a high price in East Asia for medicine.

How does the aerial census work?

Saigas were counted from helicopters along pre-planned routes at an altitude of about 100 meters. The number of animals per square kilometer was then calculated, and the resulting figure was multiplied by the entire counting area. Due to the vast territories of the ranges and the growth of populations, this methodology is by far the most suitable. 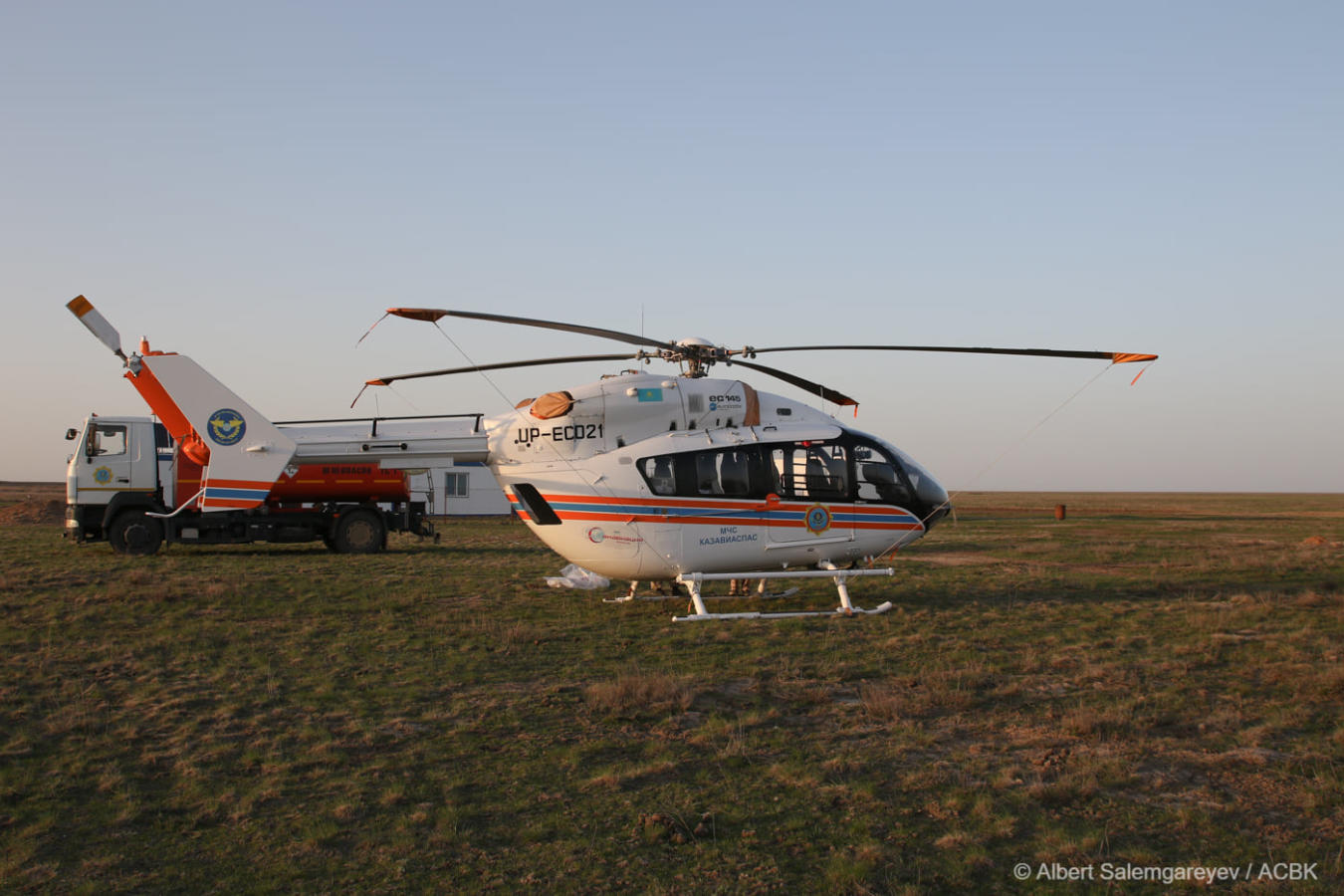 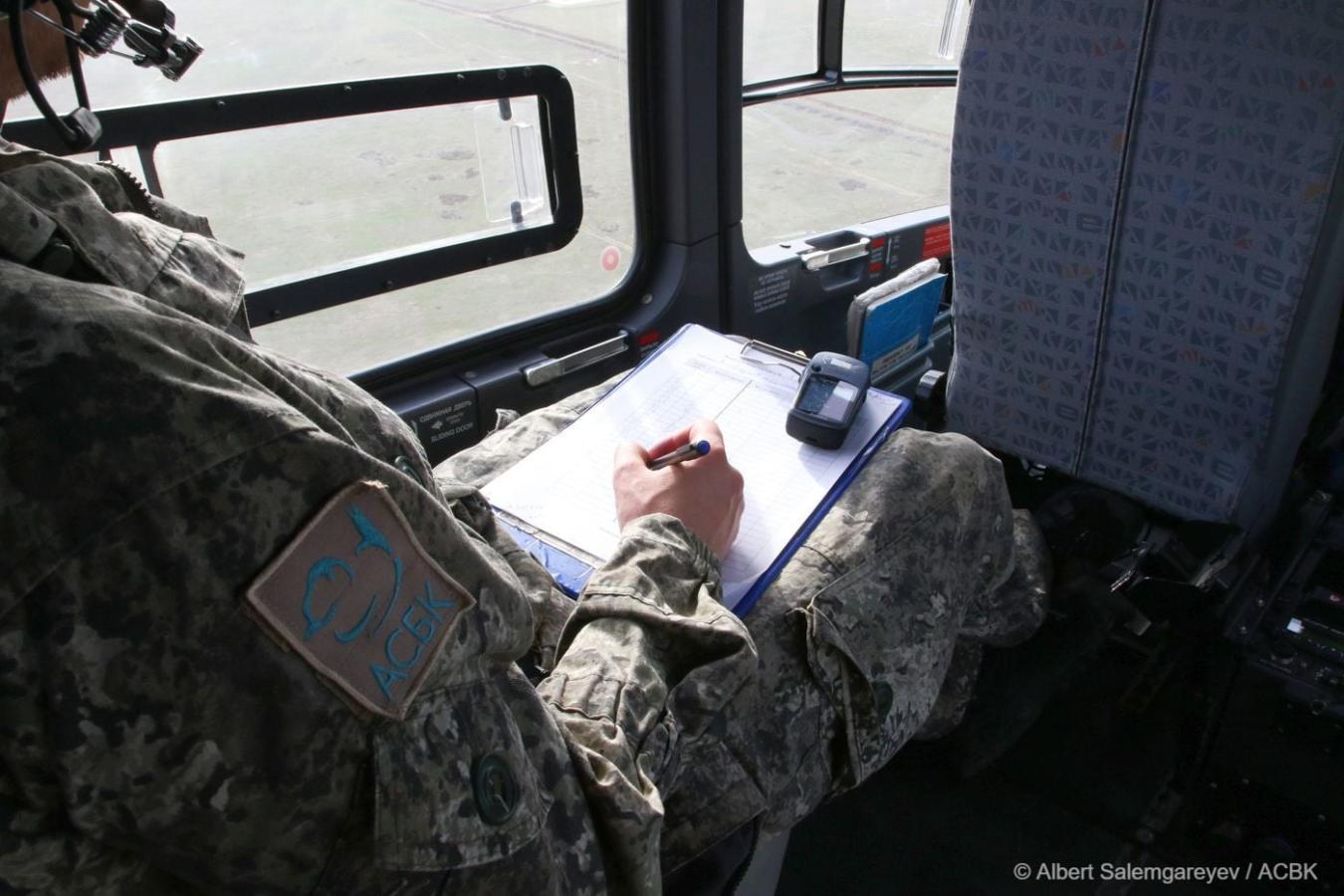 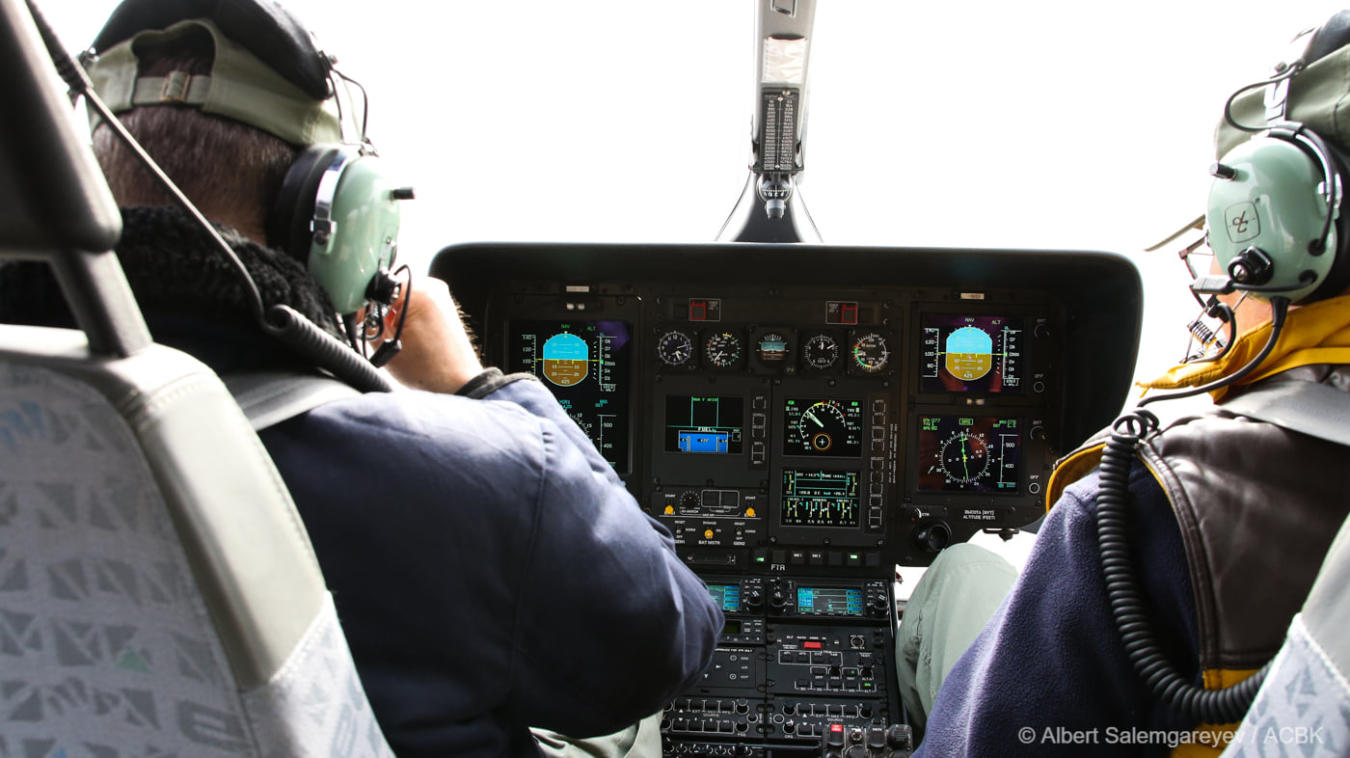 Pilots flying the helicopter which was used for the April 2022 saiga census. © Albert Salemgareyev / ACBK

The aerial census, consisting of 200 flight hours, was organized by the state institution “Okhotzooprom PA” of the Committee for Forestry and Wildlife of the Ministry of Ecology, Geology and Natural Resources of the Republic of Kazakhstan in April 2022. The Committee is the central conservation authority in Kazakhstan. The census itself and the associated data analysis was conducted by staff of FZS’s project partner, ACBK.

Experience teaches us that there is more to successful conservation than just numbers. It has been a long, bumpy road to reach this point. The threats for saiga (mainly poaching, diseases, habitat loss and fragmentation) are still very real, but our amazing team and passion for the wild steppe will help us to make this recent fantastic success sustainable.

Enjoy a video of the saiga on the ACBK Facebook page

About the Altyn Dala Conservation Initiative

The Altyn Dala Conservation Initiative has been working together since 2006 and enabled an impressive growth in the population size of the Saiga Antelope through some challenging times for the species. The initiative is spearheaded in Kazakhstan by the Association for the Conservation of Biodiversity of Kazakhstan (ACBK) with financial and technical support from Fauna & Flora International (FFI), Frankfurt Zoological Society (FZS), and the Royal Society for Protection of Birds (RSPB), and in partnership with the Kazakh government’s Committee for Forestry and Wildlife, part of the Ministry of Ecology, Geology and Natural Resources.