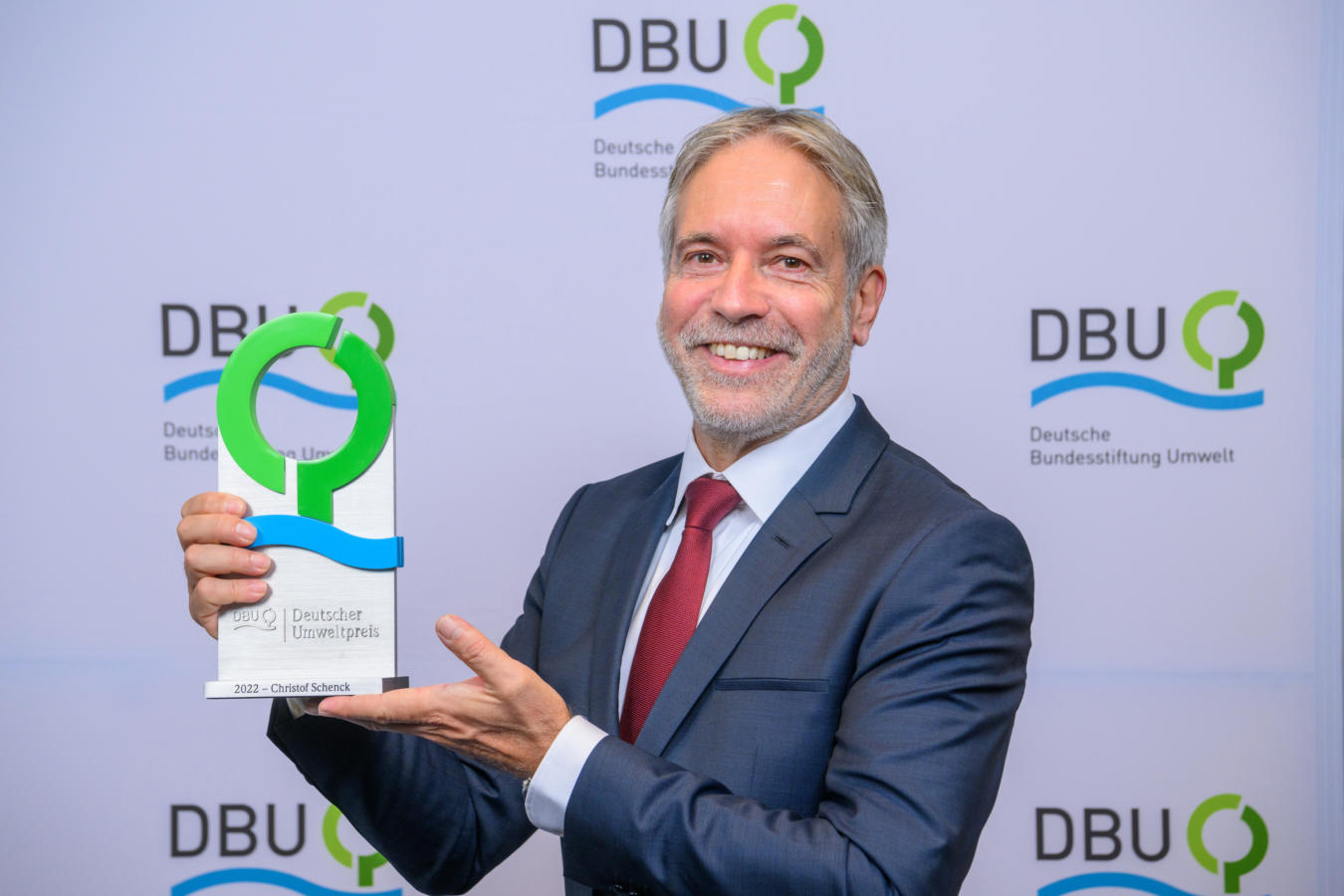 During its 30th awards ceremony, the German Federal Environmental Foundation (DBU) today (Sunday 30 October 2022) awarded the German Environmental Prize – one of the most highly endowed awards in Europe. This year it commends Dr. Christof Schenck (60) who strategically developed and expanded the Frankfurt Zoological Society as its Executive Director for the past 22 years.

This prestigious prize was presented to him in Magdeburg, Germany, by German President Frank-Walter Steinmeier. Schenck shares the German Environmental Award 2022, worth 500,000 euros, with entrepreneurs Friedrich Mewis and Dirk Lehmann. The entire FZS team and the Board of Directors, are extremely pleased and send congratulations to Christof Schenck on winning the German Environmental Award.

“Dear Mr. Schenck, you ensure that large wilderness areas are spared from overexploitation and that local people can live in harmony with nature. You attract donors, work closely with the local population and help to stabilize ecosystems and thereby societies in the global South. You are doing this with great perseverance,” said German President Frank-Walter Steinmeier in recognition of Christof Schenck’s commitment to nature conservation.

For Secretary General of the German Federal Foundation for the Environment, Alexander Bonde, Christof Schenck was a logical choice for the award. “Alongside the climate crisis, the loss of biodiversity is one of the very, very great ecological challenges of our time. Without biodiversity, we humans are in big trouble. By awarding Mr. Schenck, we are honoring a fighter for wilderness areas. Together with the Frankfurt Zoological Society, he is internationally engaged in securing important large-scale protected areas for the preservation of biodiversity. And above all, he has also succeeded in opening up new funding channels in nature conservation,” says Bonde.

With that statement Bonde pays tribute to Christof Schenck as the idea generator and driving force behind the Legacy Landscapes Fund, a foundation set up by the German Federal Ministry for Economic Cooperation and Development (BMZ), which has been providing a new type of financing instrument for protected areas in the tropics since 2021. 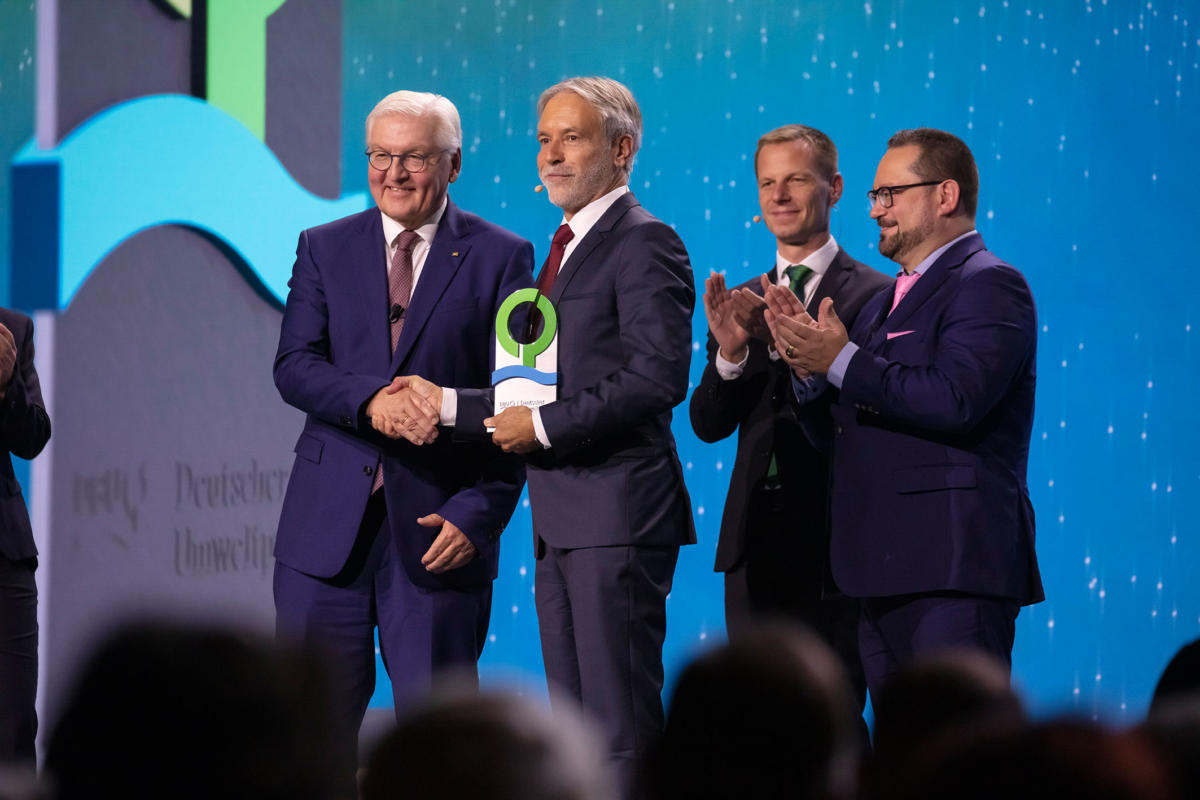 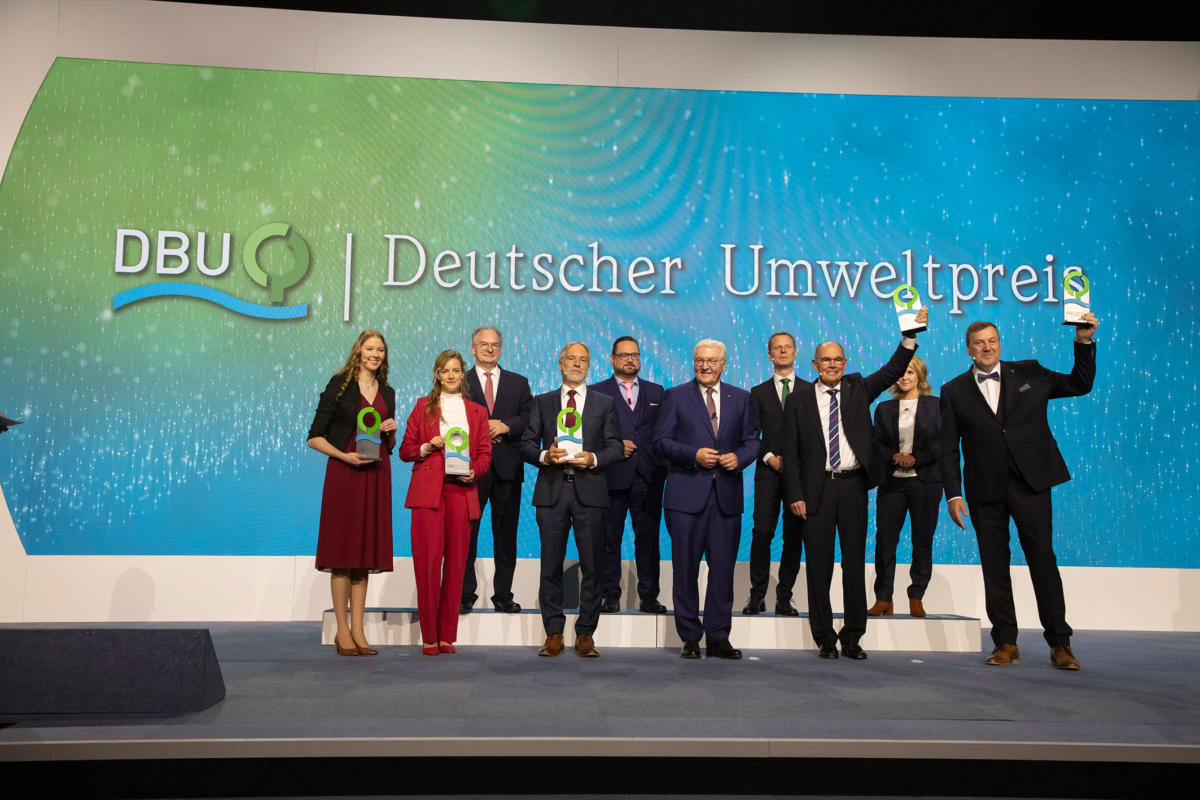 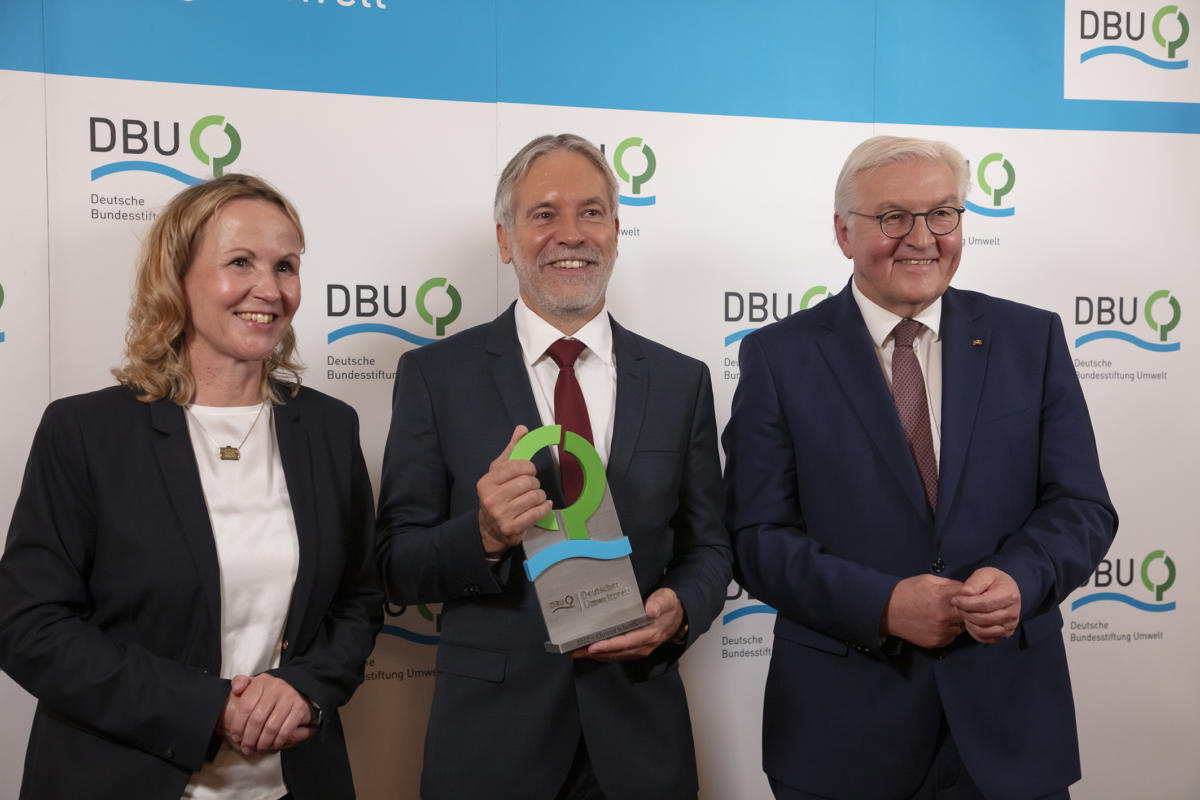 From a small association to an international organization

When biologist Christof Schenck took over management of the Frankfurt Zoological Society in December 2000, his team in Frankfurt, consisted of a handful of people, and an annual budget that supported FZS’s portfolio of 70 conservation projects, some of which were quite small, of around 4.5 million euros. Today, our commitment focuses on 31 large programs and projects in 18 countries, which we were able to support with a total of 24.8 million euros in 2021.

“The world is burning everywhere, and the window of opportunity to save anything is getting smaller and smaller,” says Christof Schenck, explaining why he has led FZS on a clear growth trajectory in recent years. “We at FZS have the financial and human resources to make a difference, so we have to do it. And we need to do it now.”

Around one million animal and plant species are threatened with extinction, according to the World Biodiversity Council (IPBES). Intact ecosystems are vanishing, and with them basics of life such as clean air, pure water, and uncontaminated soil. “In order to ensure the functionality of ecosystems for us humans, basic funding for our most important national parks is necessary,” says Schenck, for whom national parks are the best way to achieve the so-called 30×30 goal. Under this ambitious goal, around 100 countries and many NGOs are striving to ensure that about 30 percent of land and marine areas are protected by 2030. The Frankfurt Zoological Society wants to contribute to this goal and support the safeguarding of further areas both logistically and financially.

For Christof Schenck, it goes without saying that this can only be achieved through joint efforts with local people. “For us, it is enormously important that we preserve areas today for the future, and that we have national parks where nature is preserved, for us without us. And to do that, of course, we have to work closely with local people or with indigenous groups and keep trying to resolve any conflicts and continue to develop better living conditions.”

FZS’s approach has always been to act as a trustworthy partner to a country’s respective protected area authority, supporting where capacity is lacking or where it struggles. “However, nature conservation is also a decisive factor for the economic development of a region and local people must benefit from this development,” says Schenck.

Christof Schenck sees the German Environmental Award as further motivation to continue on the path he has taken with the Frankfurt Zoological Society. “I feel honored,” says the award winner, “but it is also an incredible responsibility not to let up under any circumstances. Because there is very, very much ahead of us.”

Dr. Christof Schenck Press photos
For download and use in connection with the Environmental Award:
photos.fzs.org/Press-Photos/FZS-People/Dr-Christof-Schenck

Check out our podcast for a current and detailed interview with Christof Schenck (in German): https://fzs.org/de/aktuelles/naturschuetzer-und-krisenmanager-interview-mit-dr-christof-schenck