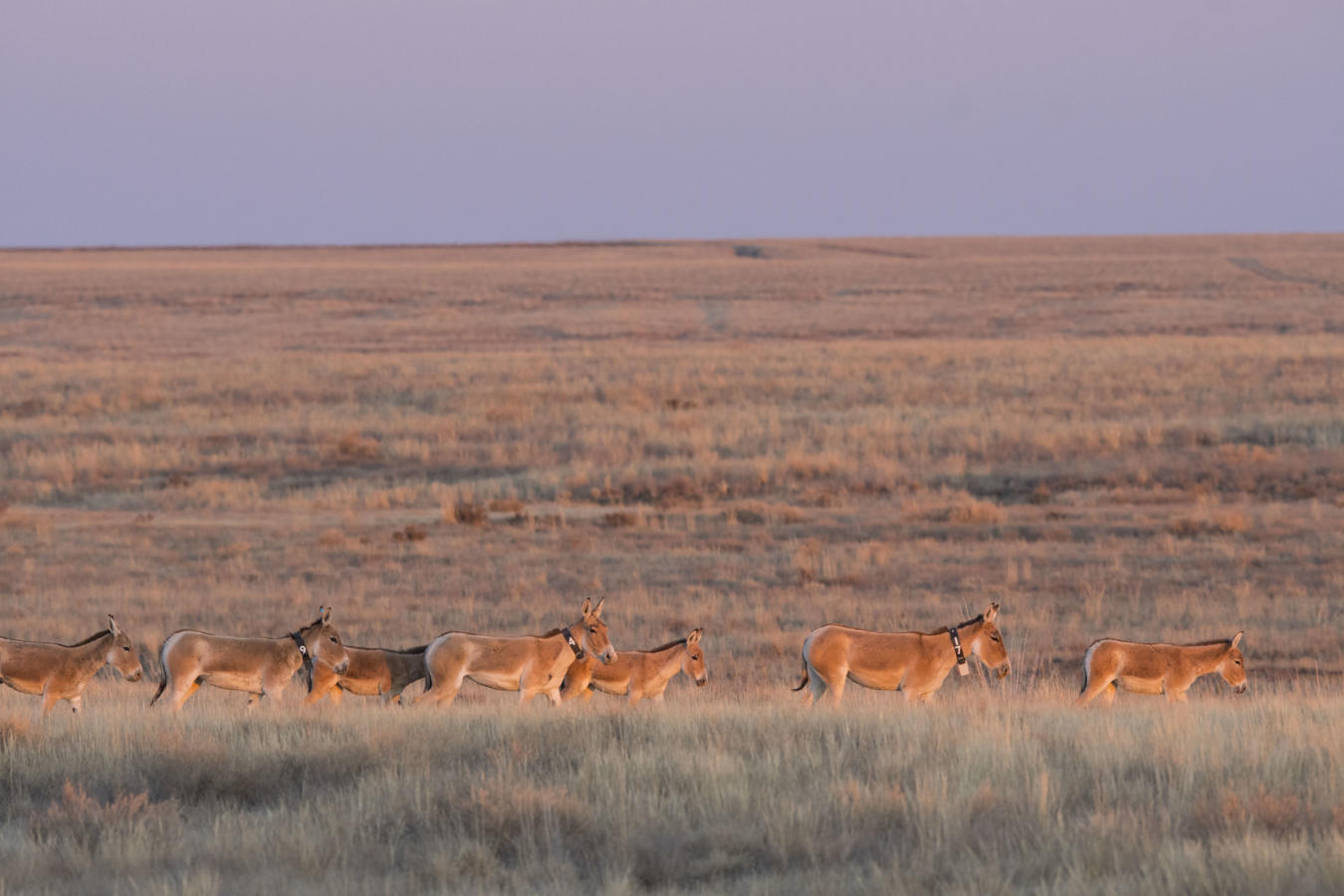 A new research article published in the journal Frontiers in Conservation Science describes the post-release movement behaviour of kulan in the Torgai region of Central Kazakhstan, and provides valuable insights for future reintroduction efforts.

Asiatic wild ass (kulan) were once a key species on the Kazakh steppe, until they were hunted to extinction in the country in the 1930s. We know very little about how they historically moved across their range, adding another layer of complexity to the logistically challenging efforts to bring the species back to this vast landscape.

The endangered Central Asian subspecies of kulan has already been reintroduced at two sites in Kazakhstan, but until recently had remained absent from the centre of the country. In 2017, as part of the Altyn Dala Conservation Initiative, FZS and partners reintroduced nine kulan to a pre-release enclosure in Torgai, in the centre of the Altyn Dala project area. After their release, the free-ranging herd of kulan as well as individuals of the source populations were tracked using satellite collars and the data analysed in the study led by Petra Kaczensky from the Norwegian Institute for Nature Research. The study was co-authored by Steffen Zuther from FZS and Albert Salemgareyev of the Association for the Conservation of Biodiversity of Kazakhstan (ACBK) among others. 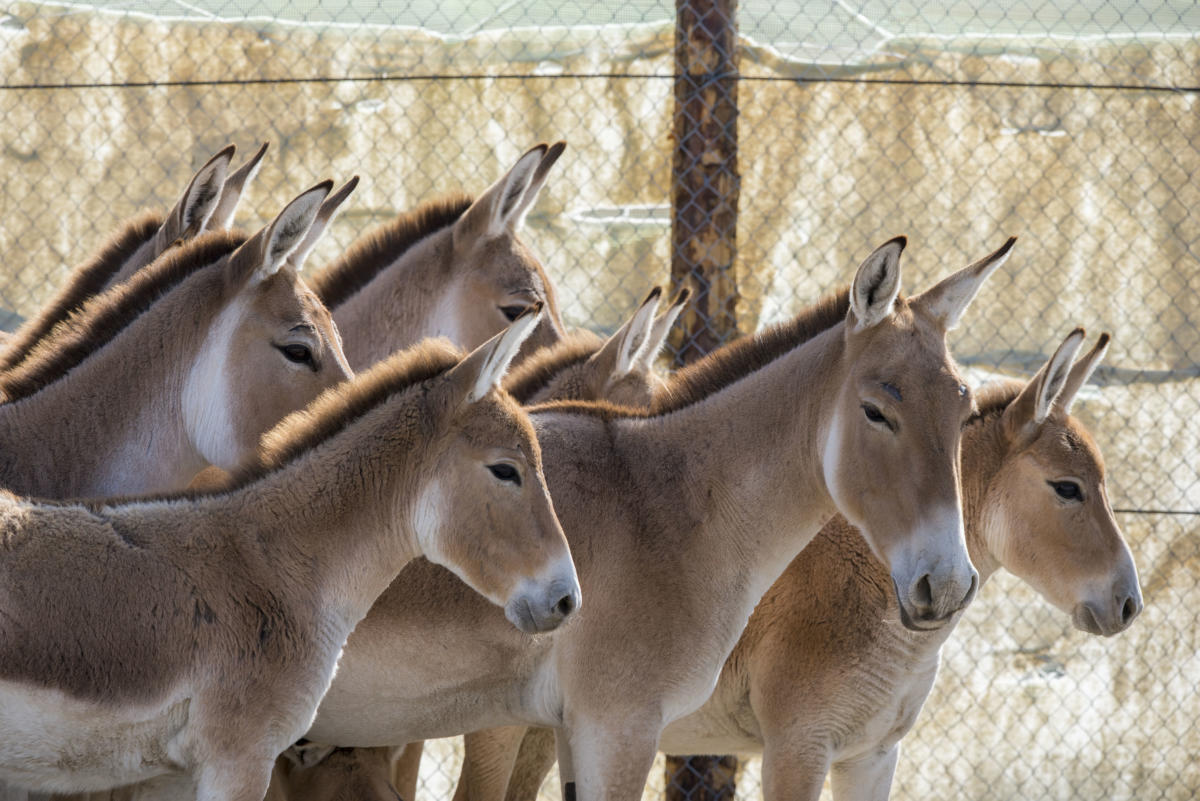 Kulan in an enclosure during the translocation to Torgai. 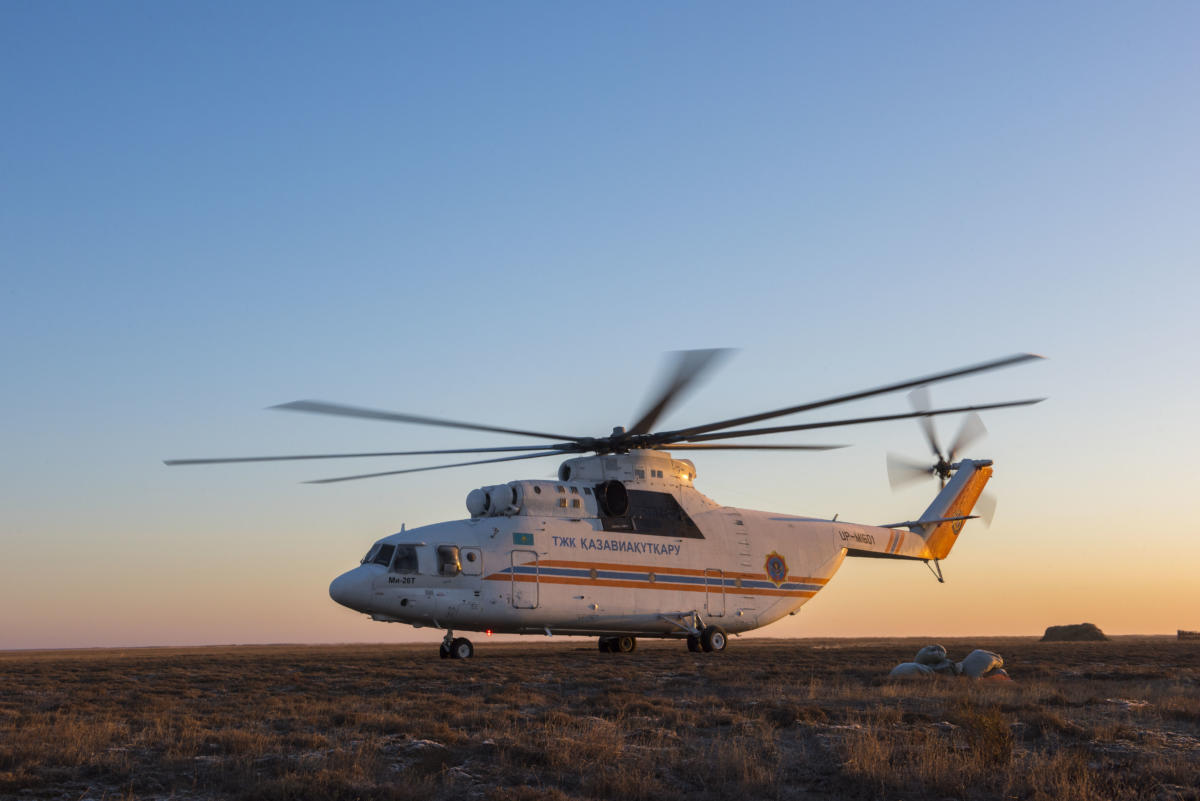 A helicopter used to transport the kulan to the pre-release enclosure in Altyn Dala. 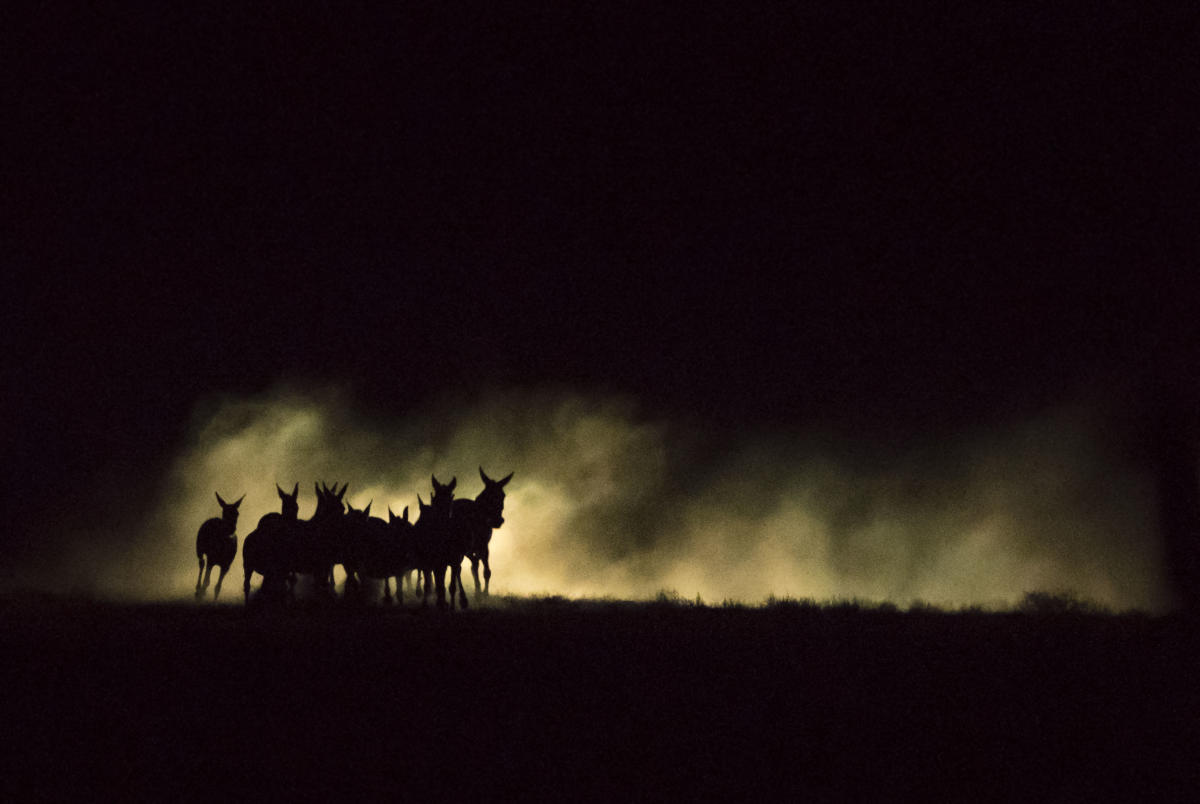 Kulan are herded towards a capture enclosure during the translocation operation.

Their findings show that migratory movement is an inherent behaviour for kulan. The reintroduced animals came from a population where movement was constrained, yet they still covered substantial distances after their release in Torgai. This innate need to migrate, and the fission-fusion dynamics of wild kulan groups, appear to put them at risk of losing each other once they are released into a new environment without barriers. This can – as is the case in Torgai – put the success of species reintroduction projects at risk.

To overcome this, the study authors recommend to translocate larger groups of animals with strong, leading males – preferably over a short period of time. This should increase the chance of encounters with other kulan in large landscapes like the steppe and desert of central Kazakhstan. Delaying the release until foals are born and mating is over might also help to increase the chances of establishing a new population.

Primary funding for this initiative came from the Fondation Segré, Nuremberg Zoo, Taipei Zoo, and Association of the Friends of Nuremberg Zoo. Additional small funds came from Wroclaw Zoo and La Passerelle Conservation.

The Altyn Dala Conservation Initiative, is spearheaded in Kazakhstan by the Association for the Conservation of Biodiversity of Kazakhstan (ACBK) with financial and technical support from FZS, Fauna & Flora International and the the Royal Society for the Protection of Birds, and in partnership with the Kazakh government’s Committee for Forestry and Wildlife, part of the Ministry of Ecology, Geology and Natural Resources.

Photos © Daniel Rosengren, Association for the Conservation of Biodiversity of Kazakhstan, Albert Salemgareyev