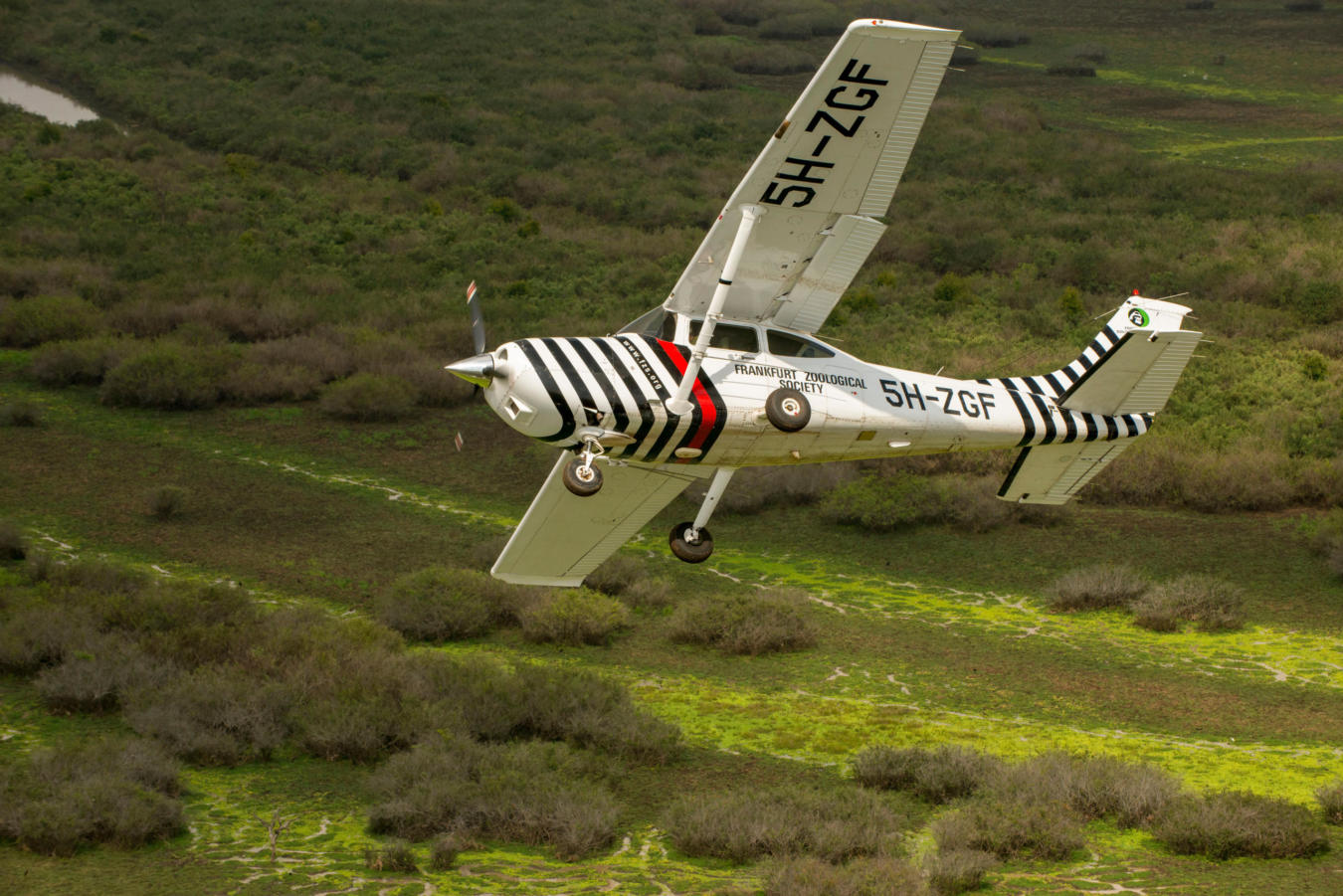 Joint press release by the Tanzania Ministry of Natural Resources and Tourism and Frankfurt Zoological Society.

“From the census results that we have released today, it is evident that the Government efforts to curb poaching are working, now we must remain vigilant and consolidate these efforts so that the elephant population can recover.” said Honourable Minister Dr. Kigwangalla (MP).

“The census is an outcome of the good cooperation between Tanzania and Germany, who have jointly made it possible to carry out this important work. Having good data is a crucial basis for decision making ”, said Regine Hess, Ambassador of the Federal Republic of Germany in Tanzania, and added: “I would like to acknowledge the commitment of the Tanzanian Government to strengthen environmental protection countrywide – among others by upgrading the protection status of a large part of the Selous to the Nyerere National Park.”

“We are pleased to report that there have been no further decline in the elephant population of Selous – Mikumi ecosystem since the 2014 census. The stabilizing of the elephant population numbers combined with very few incidences of fresh elephant carcasses indicate that poaching has been brought under control” said the Director General of TAWIRI, Dr. Simon Mduma.

“Since its establishment in 2016, TAWA has dedicated its efforts in Selous Game Reserve to reduce poaching and address the challenges related to resource management and the reserve’s sheer size.” said Dr. James Wakibara, Conservation Commissioner of TAWA.“These results will support TANAPA’s efforts as they move forward with taking a greater role in protection of the ecosystem” said Dr. Allan Kijazi, Conservation Commission for Tanzania National Parks.

Anika Calov, the Country Director for KfW added “We thank all the collaborating parties for this joint approach to the Selous-Mikumi 2018 Wildlife Census. We are convinced that a solid data base has been created that contributes significantly to the future management of this unique ecosystem.”

“Frankfurt Zoological Society is proud to have supported the Selous – Mikumi 2018 wildlife census with financial support through the Selous Ecosystem Conservation Development Program (SECAD). The SECAD program is funded through KfW on behalf of the German Government and is implemented by the Ministry of Natural Resources and Tourism (MNRT) through the Tanzania Wildlife Management Authority (TAWA) in cooperation with Frankfurt Zoological Society (FZS), World Wide Fund for Nature (WWF) and GOPA-INFRA” said FZS Country Director, Dr. Ezekiel Dembe.