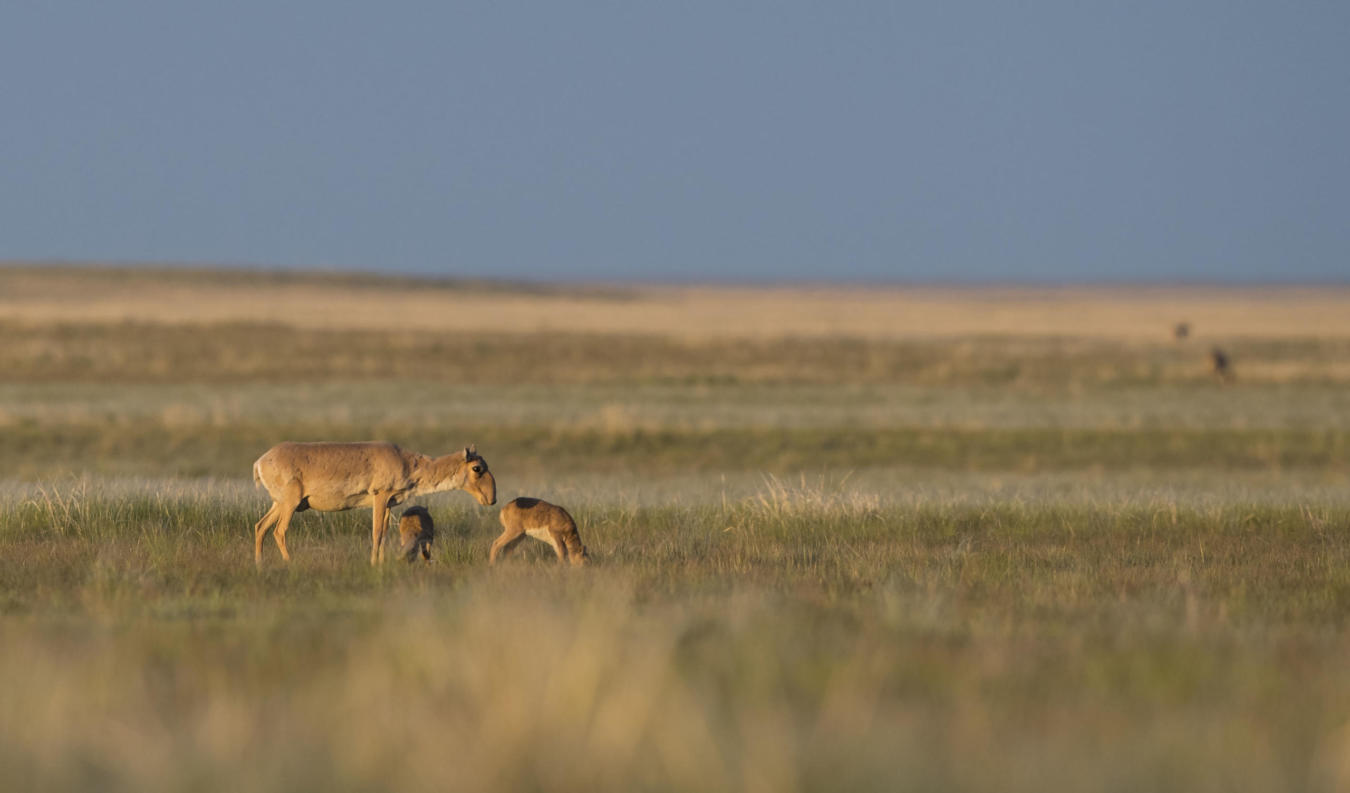 Scientists agree, that a bacterium causing haemorrhagic septicaemia led to the tragic mass die-off of saiga antelopes during May 2015 in Kazakhstan.

In continued analyses of samples from the catastrophic mass die-off of saiga antelopes from May 2015, several laboratories in Kazakhstan under the lead of the Research Institute for Biological Safety Problems (RIPBS) have identified the bacterium Pasteurella multocida as the causative agent of haemorrhagic septicaemia, which led to the death of the animals. Recently, histopathology has confirmed this diagnosis.

Attempts to identify other infectious agents such as viruses, using latest diagnostic methods, including at International Reference Laboratories (Pirbright, UK, and Friedrich Loeffler Institute, Germany), have failed to find anything significant and confirmed consistent Pasteurella infection in all cases examined. Hence it seems unlikely that an underlying infection has predisposed the population to the catastrophic haemorrhagic septicaemia.

The surprising fact is that while haemorrhagic septicaemia caused by a specific type of Pasteurella bacteria has been previously described to cause mortality in wild and domestic animals in grassland ecosystems, the level of mortality in the affected animal groups was never close to 100%, as observed for saiga. This makes last year’s die-off a unique and unprecedented biological event. Therefore intensive research work is being conducted to understand possible triggers and co-factors, including environmental stressors, which would explain such an extraordinary event. 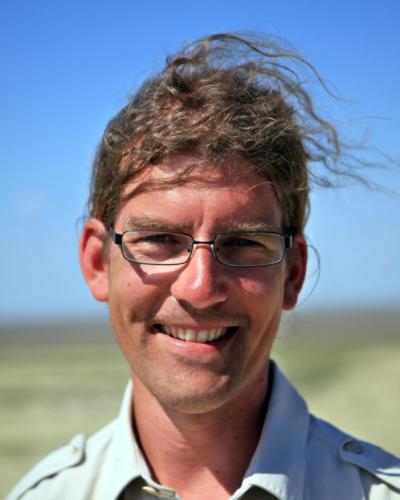 In May 2015, mostly female saiga antelopes of the Betpak-Dala population, at that time the largest population of this species, gathered for calving in a number of separate aggregations spread across a vast landscape. Soon afterwards, each group started to show signs of disease at slightly different times over the month of May. “When symptoms appeared, death was only a few hours away. The herds showed up to 100% mortality, leaving only a few groups of animals alive, consisting mostly of males, which separate from the big calving aggregations”, describes Steffen Zuther from ACBK, who was in the field at the time of the die-off.

The investigation of the event, in which about 200,000 animals fell dead last year in May, is still ongoing and being conducted by the Kazakhstan authorities supported by local and international scientists. Samples are still being analysed and experts in several fields of expertise are working together to contribute to the interdisciplinary efforts to identify the causal mechanisms behind this catastrophe.

The saiga mass die-off in Kazakhstan has highlighted the importance of protecting the remaining critically endangered animals from other ongoing and severe threats. After having lost almost 90% of the animals, the situation of the Betpak-Dala saiga population is critical. E.J. Milner-Gulland from the Saiga Conservation Alliance points out: “Continuing severe poaching is causing further losses, especially of males, which are shot for their horns, a highly priced agent in traditional Chinese medicine, which is used in several Asian countries.” Just recently the Committee of Forestry and Wildlife of the government of Kazakhstan has reported an increased number of poaching cases in 2015 (107 cases compared to 79 in 2014).

Researchers are currently trying to find out what prepared the ground for Pasteurella, which normally lives harmlessly in the respiratory tract of saiga, to become virulent in May 2015 and cause a die-off of such enormous extent. Since the die-off locations are spread across a wide area with varied vegetation, and the animals died almost synchronously, intoxication by substances in the environment or toxic plants was considered unlikely from the very beginning.

Recent results of ongoing laboratory analyses show no signs of the animals being affected by intoxication e.g. algal or fungal toxins, heavy metals or heptyl rocket fuel. Instead, all the pathological findings are directly attributable to the rapid septicaemia and bacterial endotoxic shock. Furthermore, no traces of any environmental toxins have been found in soil and water samples from the die-off sites.

Consequently, research efforts are now focussing on factors which may have provided conditions for the bacteria to become prevalent in the population and virulent for saiga. Among these factors are weather, soil and nutrient conditions, vegetation, effect of flooding on soil minerals and bacterial levels on pasture, and other factors, which might be similar throughout the various die-off sites. It is especially important to understand the difference between the die-off sites of 2015 and calving areas in previous years, when no animals died.

These efforts are all part of an international research project, led by the Royal Veterinary College of the University of London, and involving from Kazakhstan the Research Institute for Biological Safety Problems (RIPBS) and the Association for the Conservation of Biodiversity of Kazakhstan (ACBK), and internationally Oxford University, Bristol University, Swedish Agricultural University at Umea, and the UN’s Food and Agriculture Organisation. The emergency funding for this work comes from the UK Government’s Natural Environment Research Council. Further support is provided by the Saiga Conservation Alliance, Wildlife Conservation Network, the People’s Trust for Endangered Species, and Fauna & Flora International. ACBK is contributing within the framework of the Altyn Dala Conservation Initiative, supported by Frankfurt Zoological Society and the Royal Society for the Protection of Birds. This emergency research activity will be finished in June 2016, but further efforts are likely to be required to understand this complex phenomenon and assess future disease risks to increasingly vulnerable saiga populations.

Continued anti-poaching work will be the key to saving the Betpak-Dala saiga population, which needs time to recover from the devastating die-off. In an inter-ministerial and inter-agency approach, the government of Kazakhstan has developed a list of actions for saiga conservation, which will already be partly implemented this year. Both RIPBS and ACBK have been part of these efforts, thereby establishing a link between the international research work and the implementation of conservation actions by national government.

Measures for preventing such die-off events in the future have also been discussed. But Prof. Richard Kock from the Royal Veterinary College says: “There is no practical prophylaxis possible against haemorrhagic septicaemia in saiga given the species’ behaviour and the lack of a delivery mechanism for a vaccine. The likely stress caused by attempting to vaccinate them, either through aerial spraying of aerosolized vaccine or other means, may be as likely to lead to mortality as the disease itself. Once environmental triggers and co-factors are determined, the potential for intervention can be reassessed.”

In the meantime, it is crucial that ongoing research efforts into the disease outbreak are matched by enhanced protection of remaining populations.

Photos © Daniel Rosengren, Axel Warnstedt, Association for the Conservation of Biodiversity of Kazakhstan