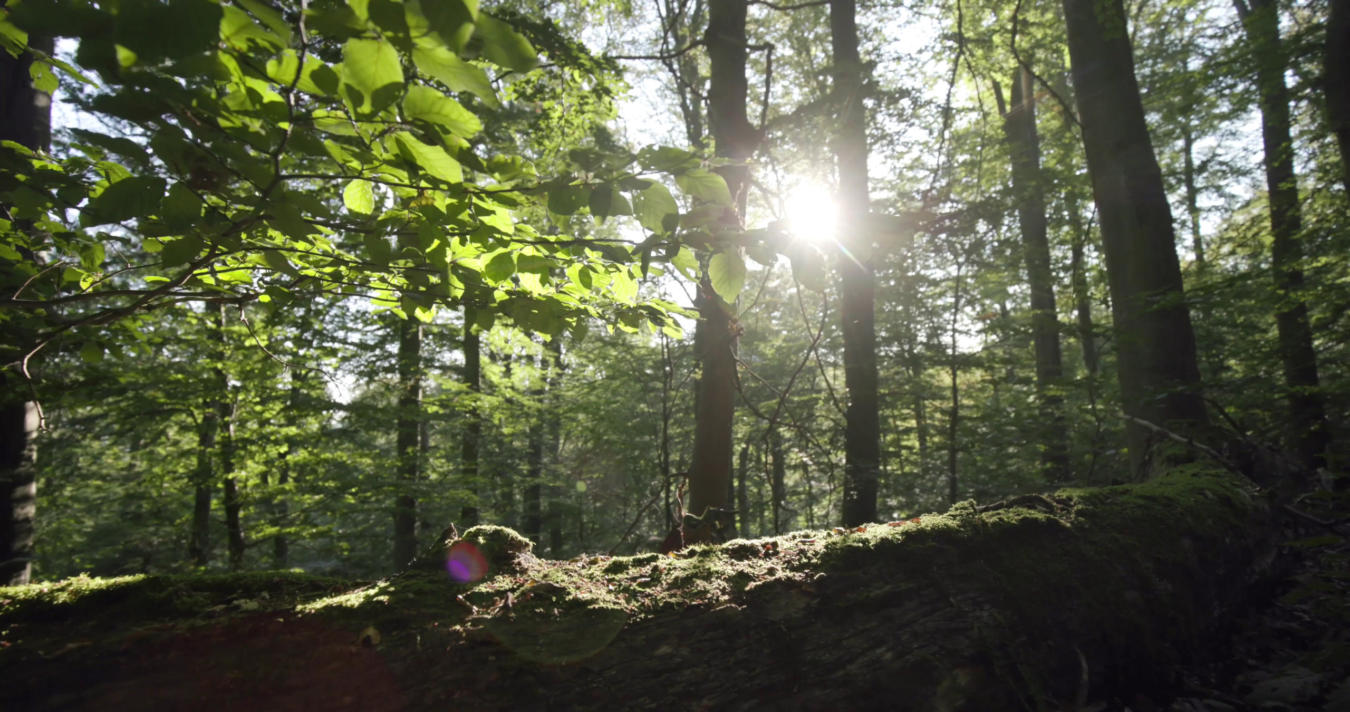 Protection of beech forests in the Hohe Schrecke

An almost forgotten forest contains valuable natural treasures in the Hohe Schrecke region of northern Thuringia: giant ancient trees, wildcats, bats, and beetles otherwise only found in virgin forests (so-called virgin forest relict species). We have been supporting the Naturstiftung David foundation in its efforts to preserve these unique, near-natural areas of forest since 2009.

The overriding goal is to create a patchwork of large, unused sections of forest and parts which are put to environment-friendly use. There are two large wilderness areas: the invaluable Wiegental with its ancient beech and oak trees, and the “Plateau” – a former shooting range. These two wildernesses are to be connected by smaller stepping stones of unused forest areas, allowing wilderness species such as the specialized virgin forest beetles to move easily back and forth. A biotope network of wilderness areas is to be created on at least 2,000 hectares. 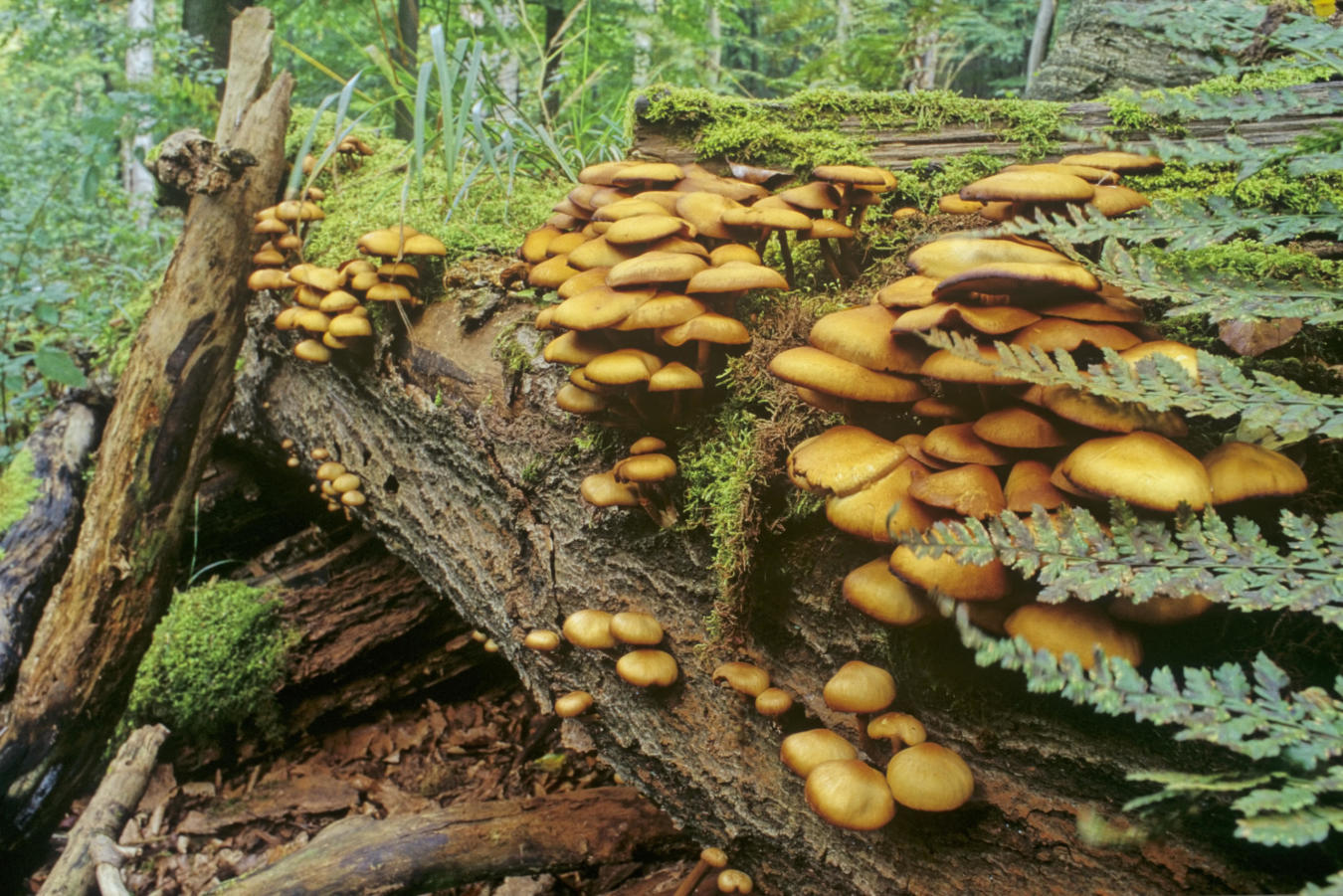 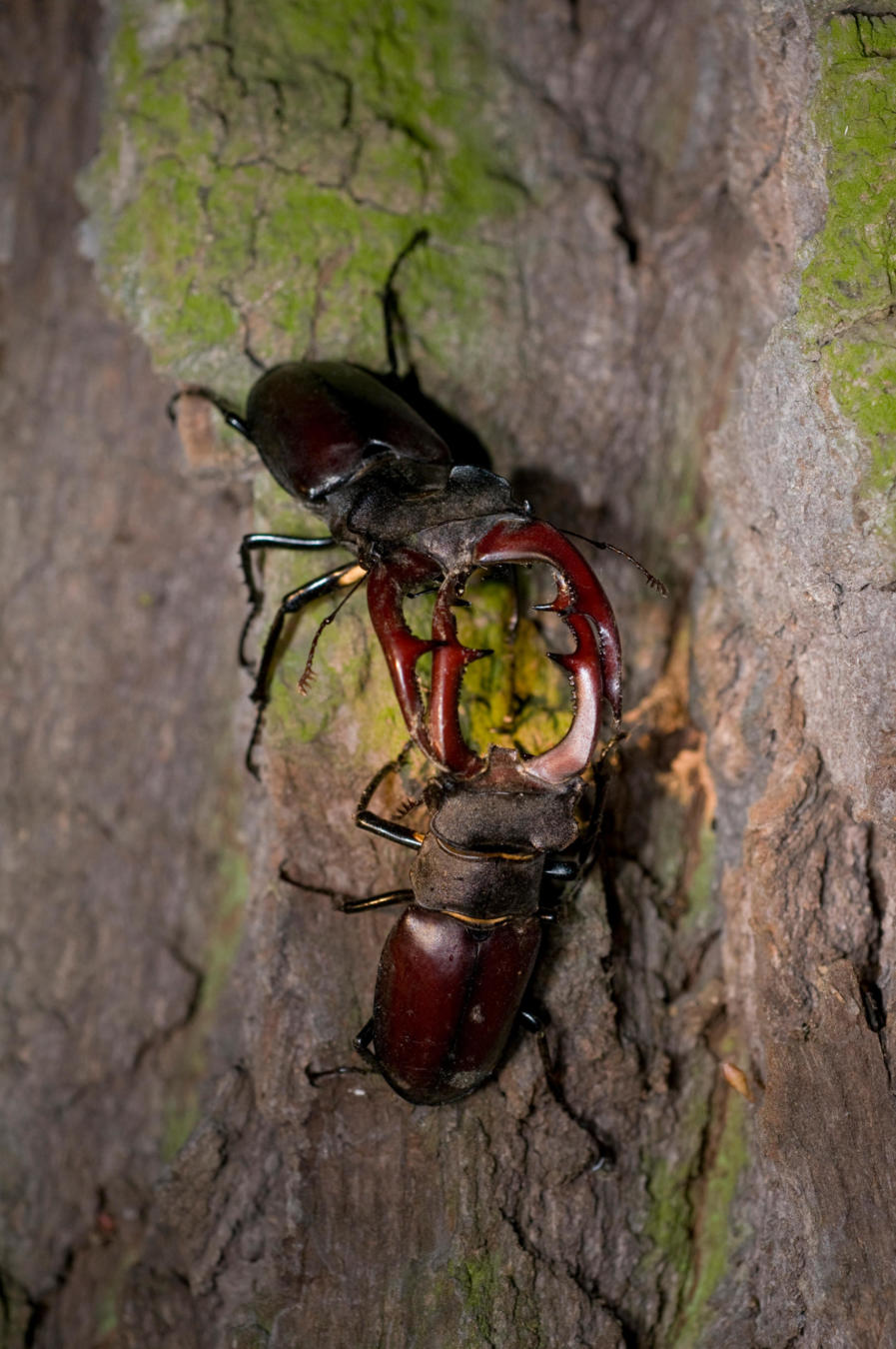 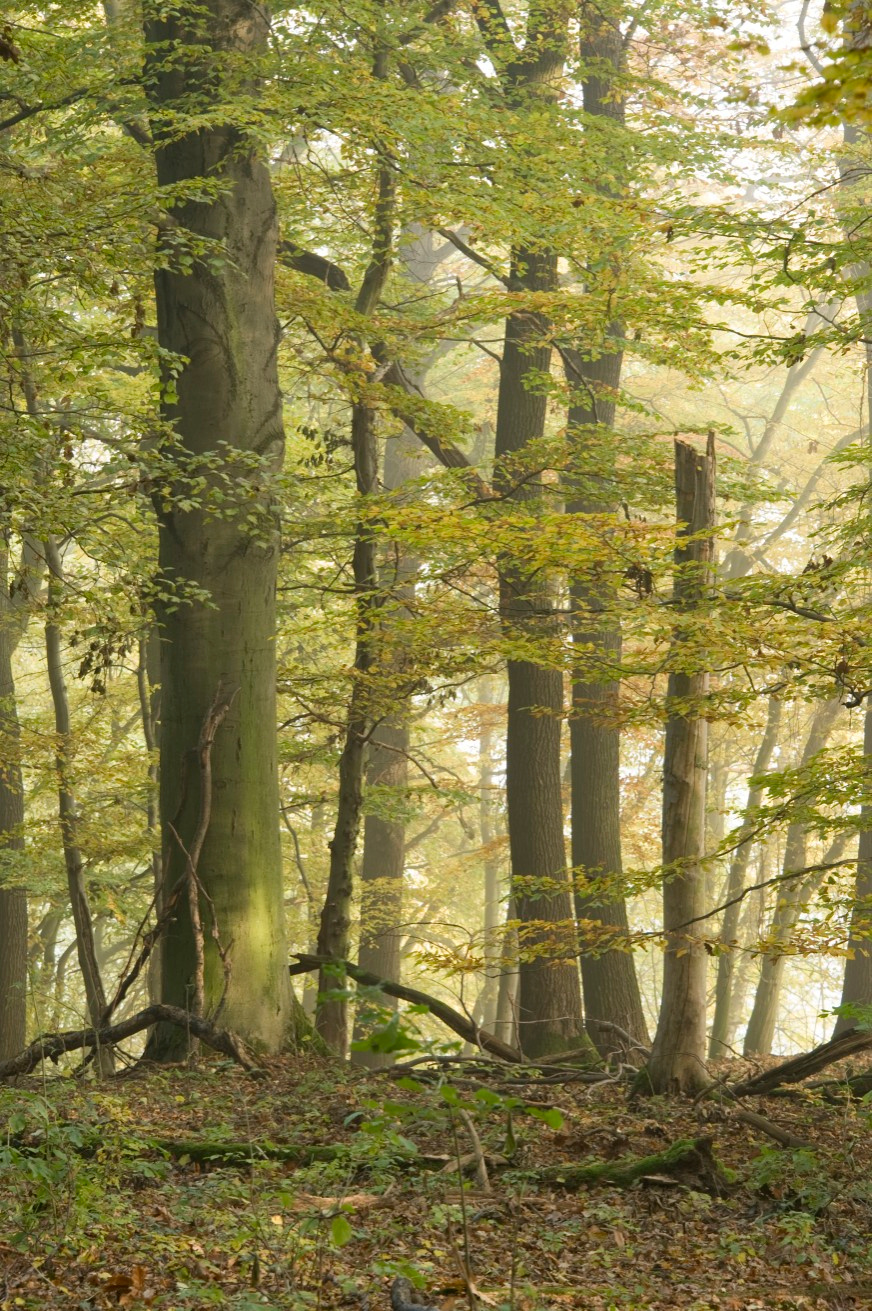 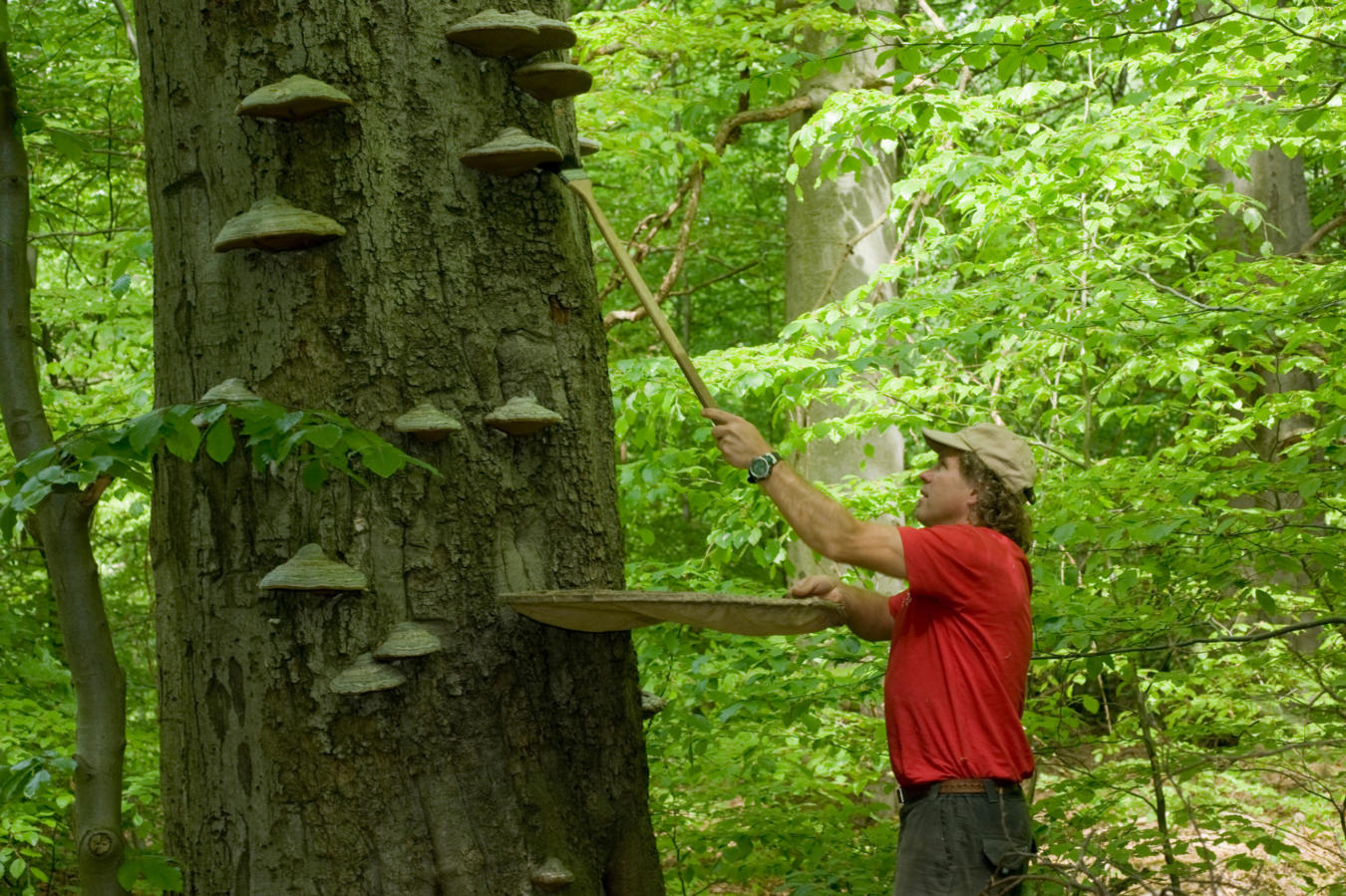 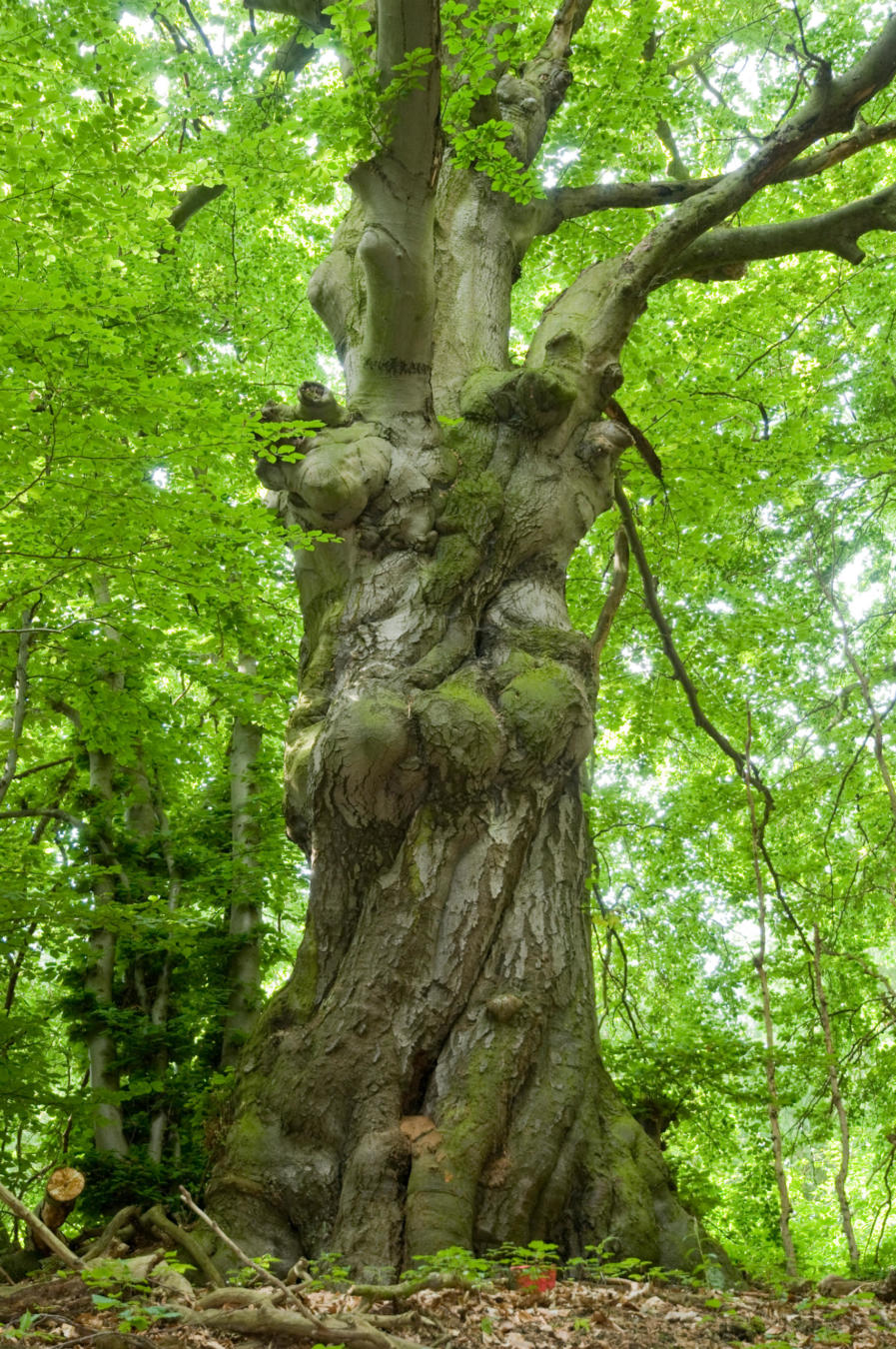 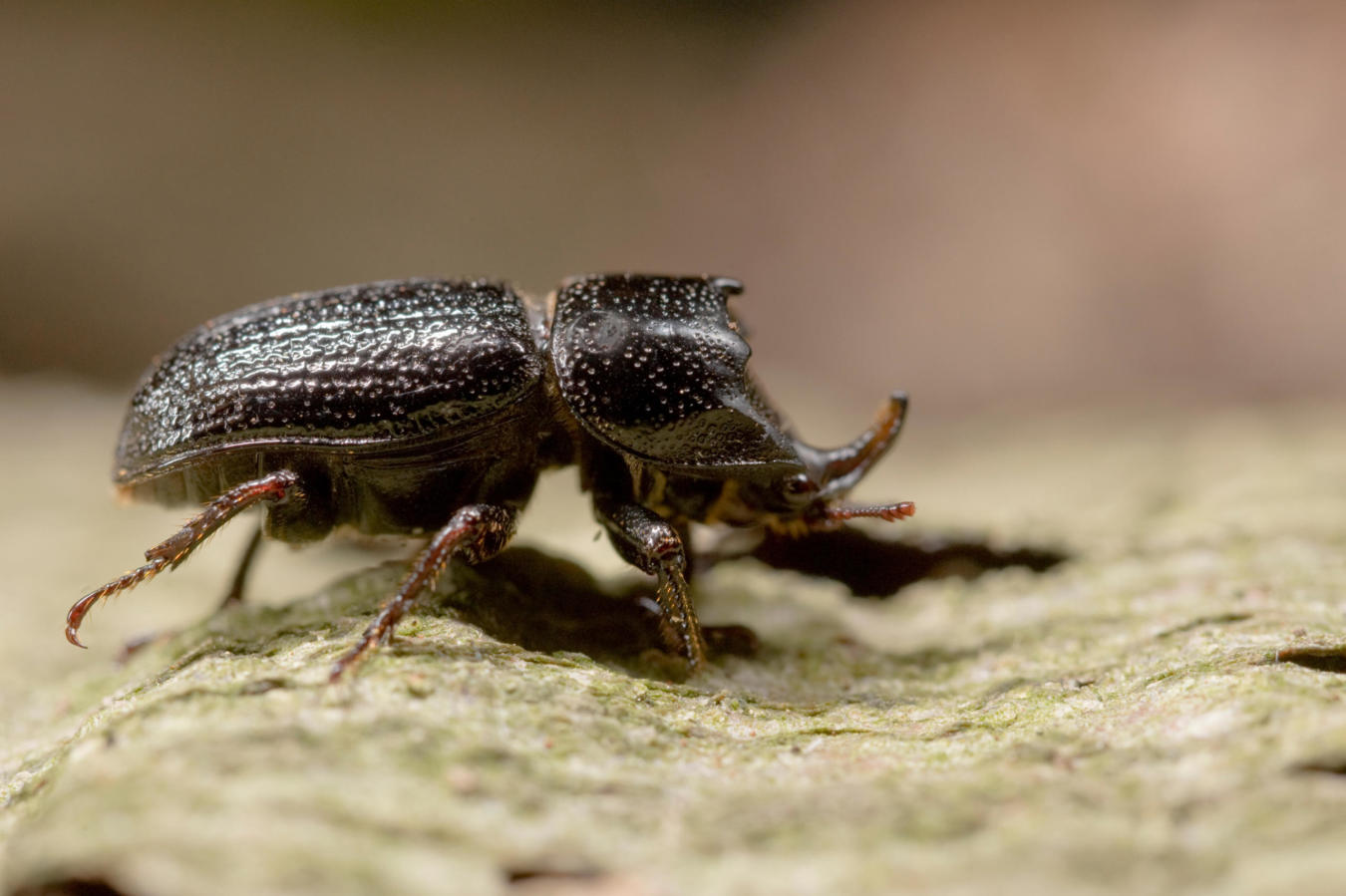 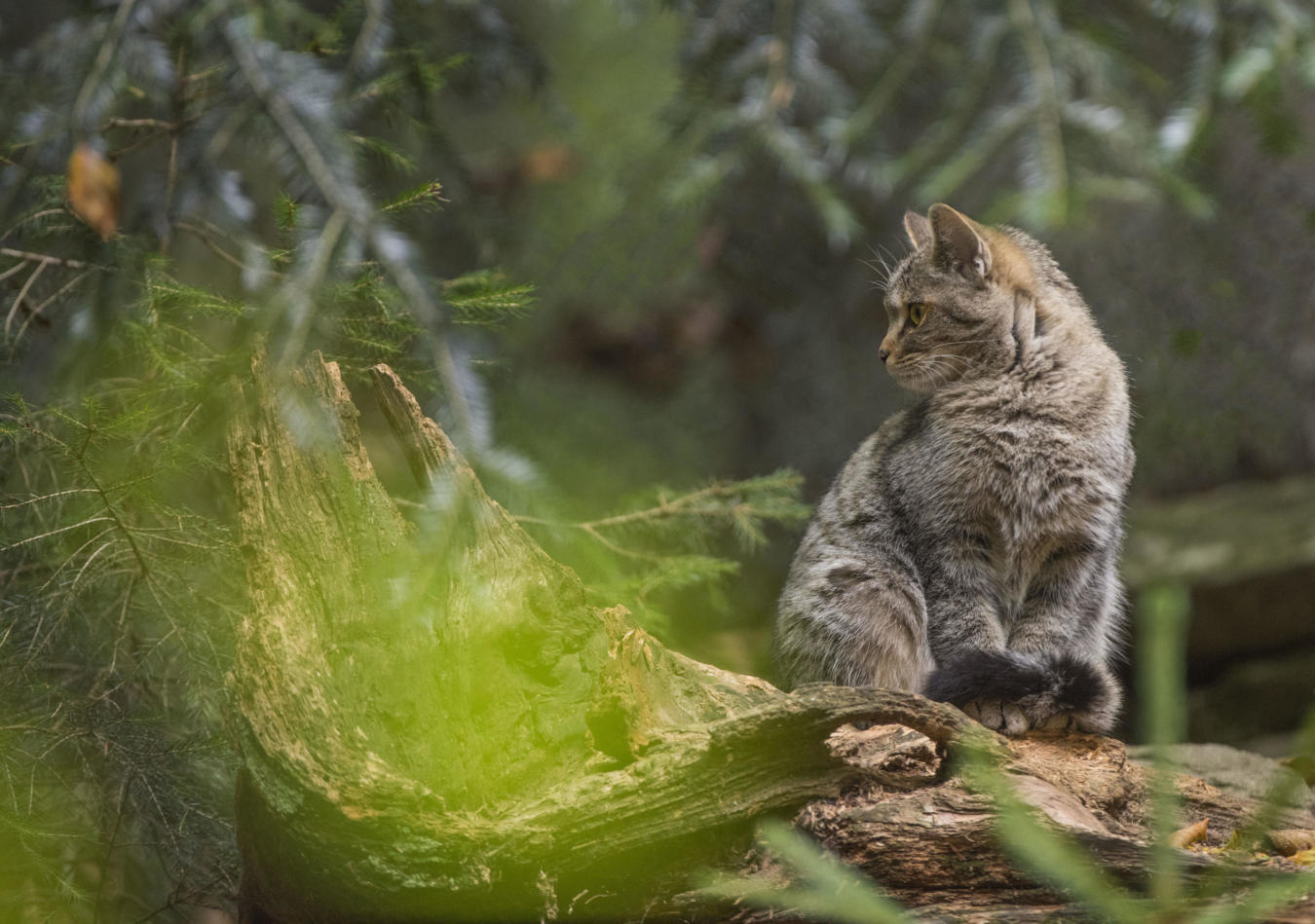 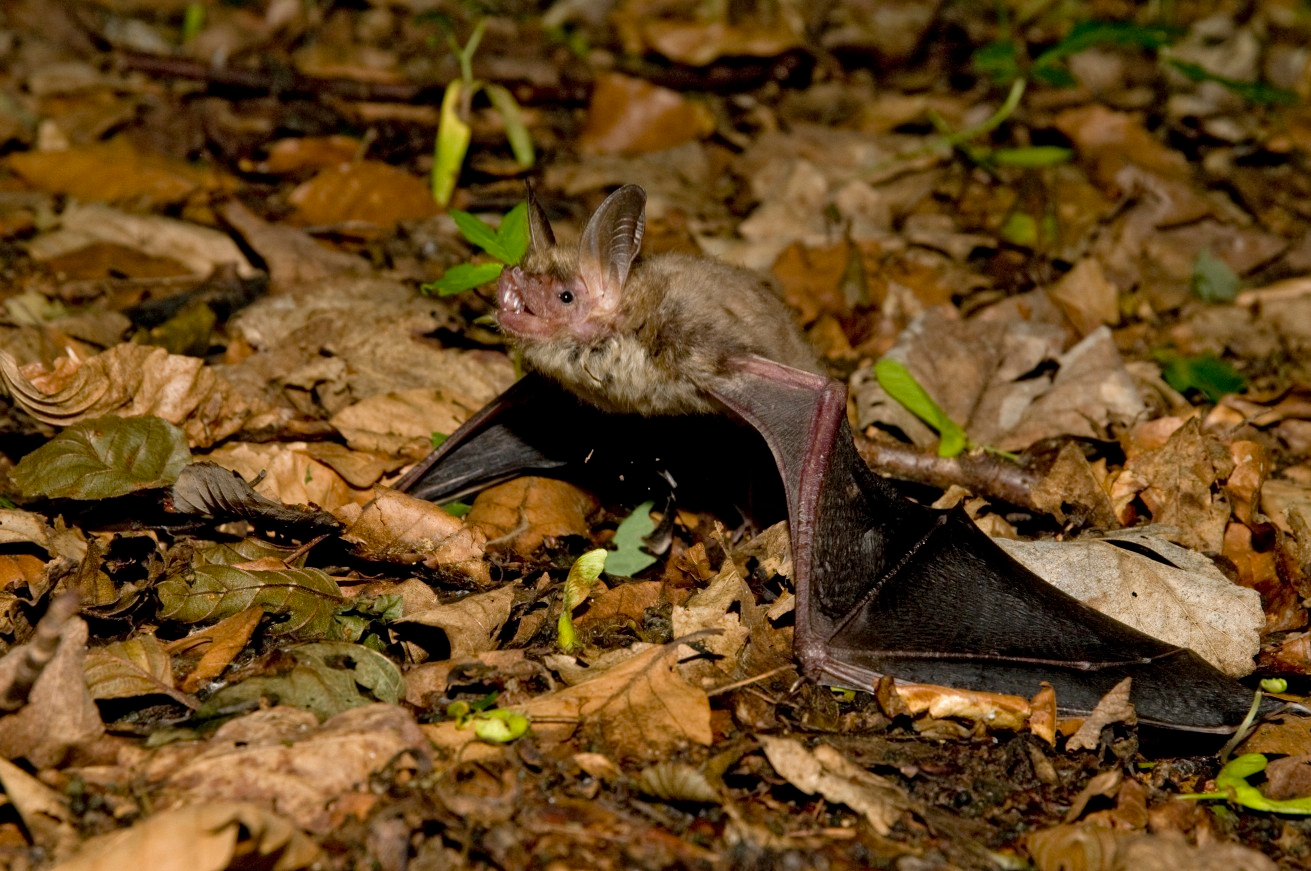 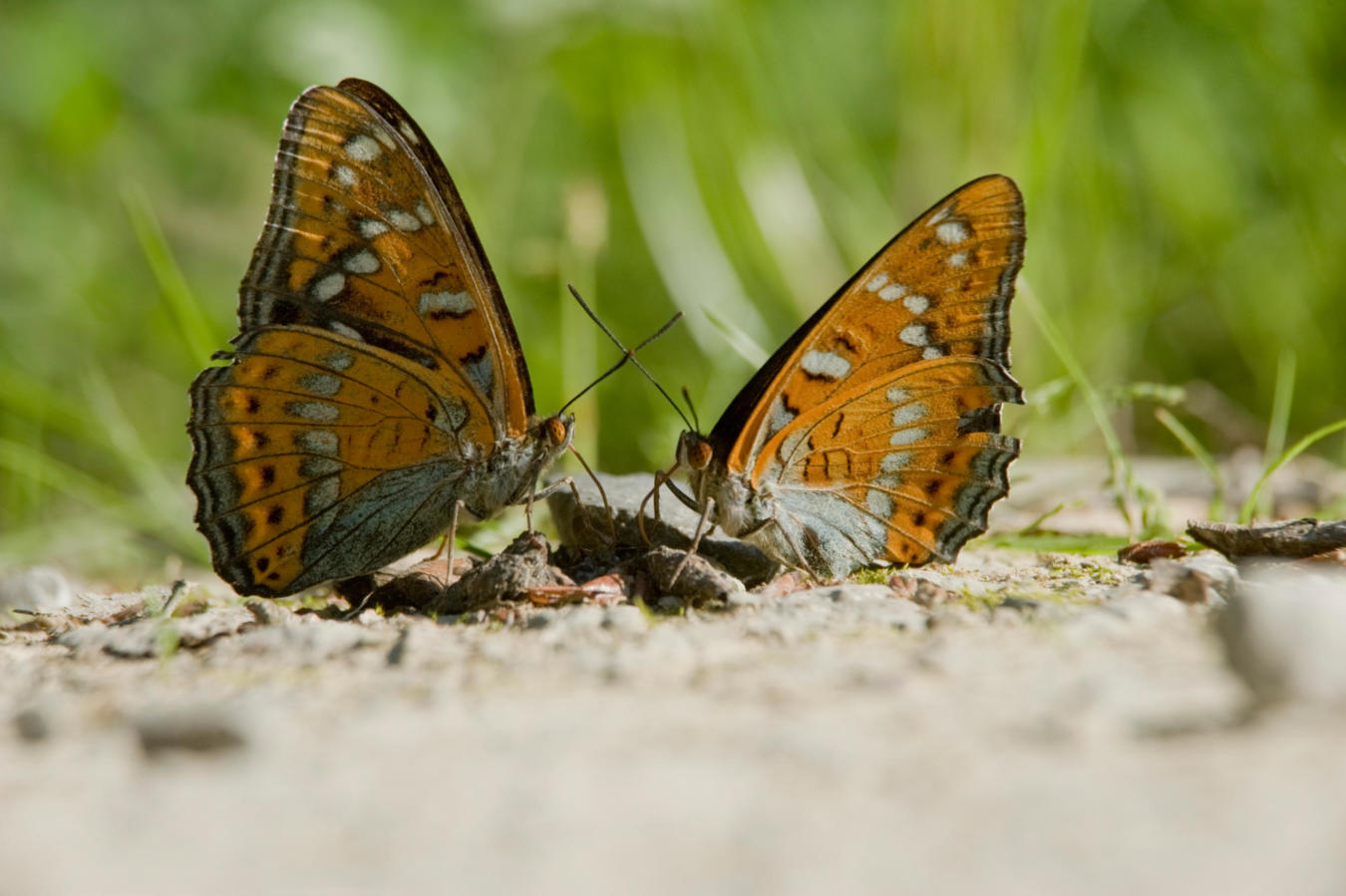 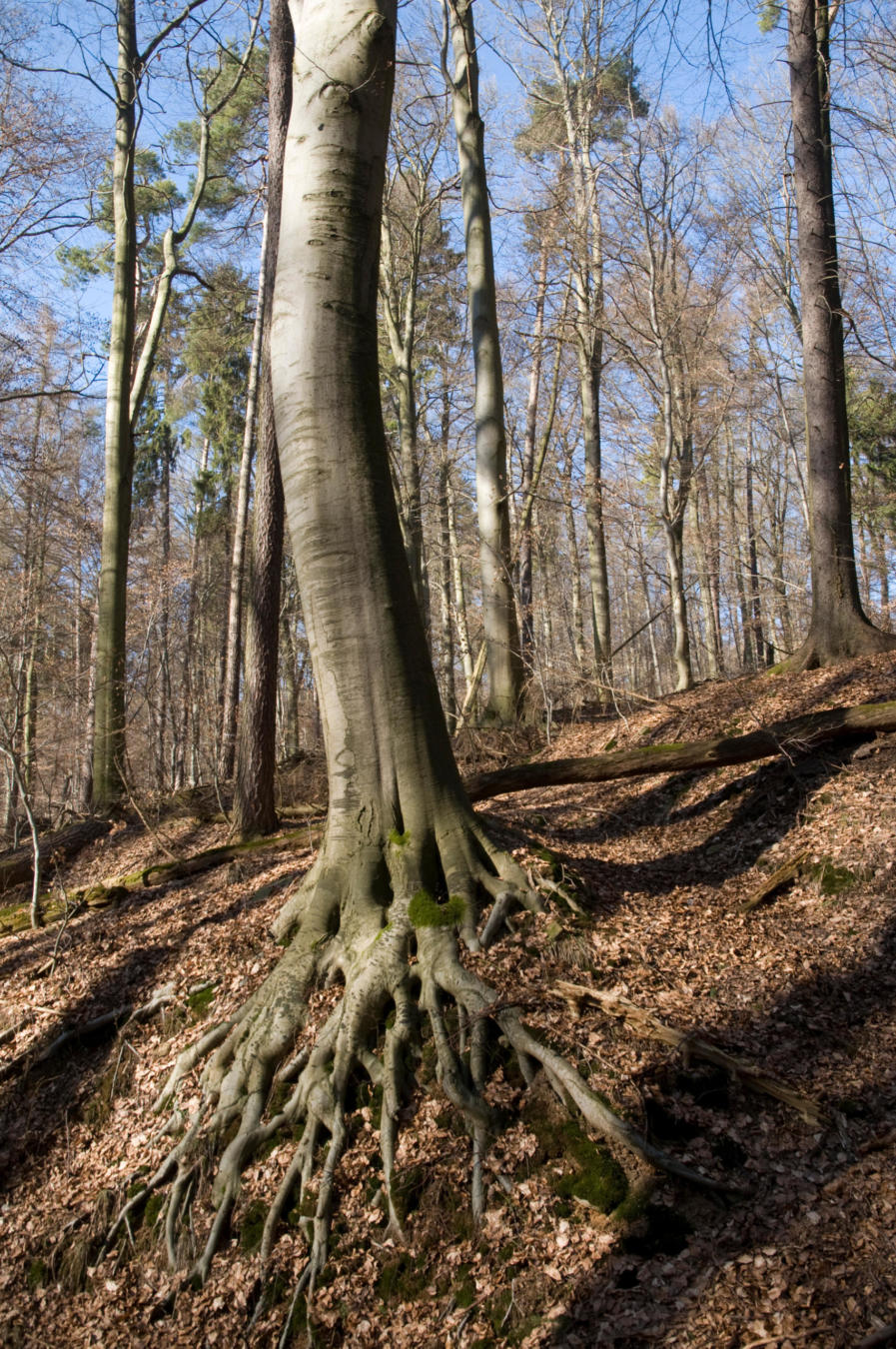 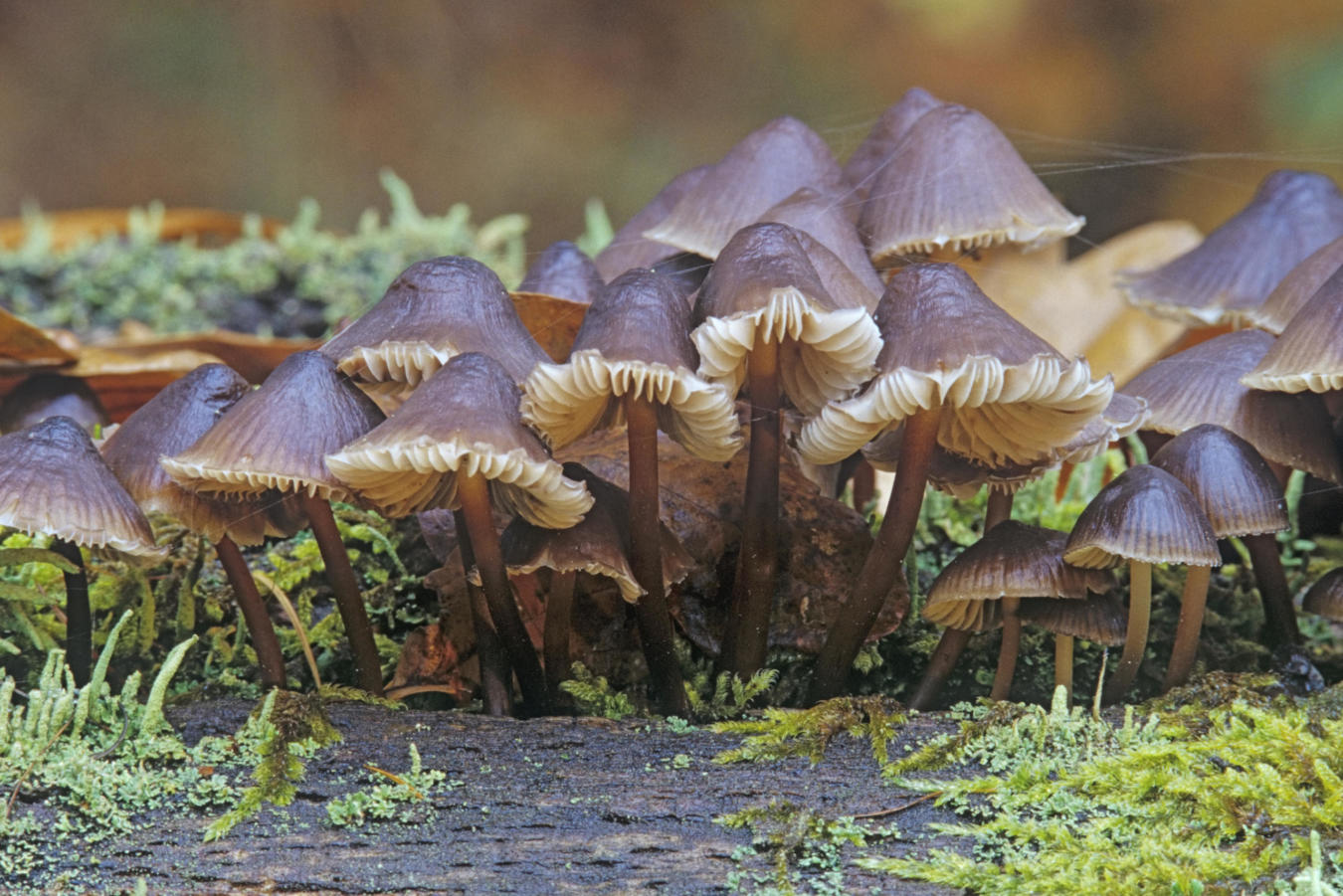 How we support Hohe Schrecke

We provide financial support to the Naturstiftung David for the acquisition of land or its timber use rights. The areas we protect are then used for wilderness development itself or as exchange areas for the expansion of highly valuable core wilderness areas.

We secure the land by making an entry in the land register and also by concluding a civil law contract. In addition, the state of Thuringia plans to specify wilderness development in the nature reserve regulation.

Development of the protected area

There are many different land owners in the Hohe Schrecke project area. We support and advise Naturstiftung David in developing the region. The main goal is to develop an overall wildlife management system that includes hunting suspension zones. Thanks to our project, the Hohe Schrecke hills can now be hiked through on nature discovery trails and explored by bicycle without any sensitive areas being affected.

The large-scale Hohe Schrecke nature conservation project is 90 percent financed by public funds. Naturstiftung David has a ten percent share in the project which we also support financially; this money is mainly used for establishment of the wilderness areas. 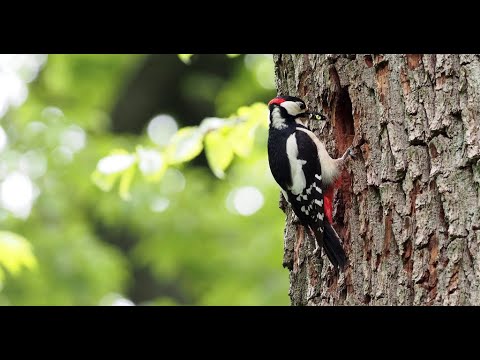 Opening of the Rabenswald family trail in the wilderness areas of the plateau.

Gateway to the forest wilderness: Opening of the rope bridge in Bärental.

Record result for Thuringia: Seven other virgin forest relict species are detected. This brings the total number to 20.

230 more hectares of wilderness in the plateau area.

Addition of 50 further hectares of Wiegental wilderness areas during course of year.

The Wiegental wilderness area is extended to include sections of the municipal forest of Artern (22 hectares).

In Bärental, 75 hectares are transferred from GDR national ownership and have since reverted to wilderness.

Supported by FZS, Naturstiftung David purchases the rights of use for Wiegental and the adjacent forest stands in perpetuity.

Approval is granted for the implementation phase. This secures the heart of the Hohe Schrecke Wilderness area on a permanent basis. 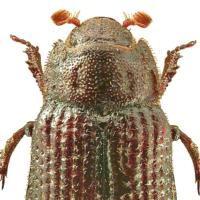 Deadwood beetle studies detect 9 so-called virgin forest relict species. One of them is the keratin beetle, which had been considered extinct in Thuringia since 1909.

Bat surveys show tremendous species and genetic diversity. Discovery of a bat roost in a tree consisting of nearly 600 individuals.

Start of the planning phase for the large-scale Hohe Schrecke nature conservation project. The project office in Heldrungen-Braunsroda goes into operation.

The State of Thuringia agrees to make 1,000 hectares of “old forest” available as wilderness areas if the large-scale nature conservation project is funded.

Together with neighboring municipalities, the Naturstiftung submits a project outline for the “Hohe Schrecke” large-scale nature conservation project.

250 hectares of the Hohe Schrecke region in Saxony-Anhalt are declared German National Natural Heritage and will not be privatized.

The Frankfurt Zoological Society supports BUND Thüringen in making a purchase offer of 1.2 million euros for forest areas in the Hohe Schrecke region.

Designation of the Hohe Schrecke hills as a conservation area. 600 hectares of the former pioneer forest tank shooting range on the “Plateau” are designated as strict wilderness areas.

Withdrawal of the Soviet Army from the Lossa military training area.