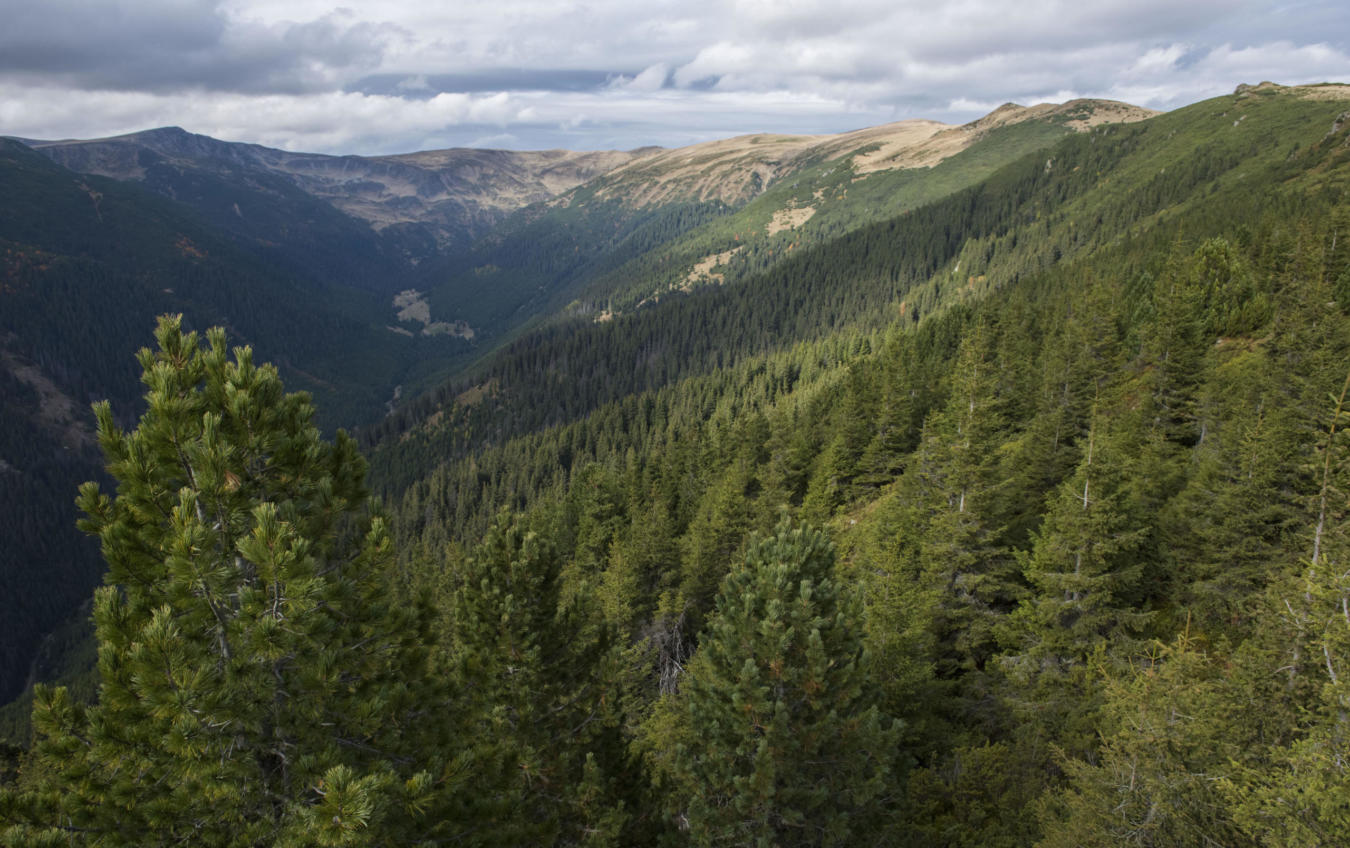 Creation of a Wilderness Reserve in the Southern Carpathian Mountains

Few places like the Fagaras Mountains in Romania’s Southern Carpathians remain in Europe. The range stretches from beech and spruce woodlands scattered with wetlands in the north to high ridges and peaks, back down to spectacular lowland oak forest in the south. If one were to make this journey by foot, during two days or so of trekking every species in Central Europe could be encountered.

These stunningly beautiful mountains surrounded by natural forests harbor significant populations of European brown bears, wolves, and Eurasian lynx. Untamed rivers still shape the valleys, and over 3,700 plant species, many of them endemic to the region, can be found here. After a 200-year absence, bison have now been reintroduced to the ecosystem.

FZS partner, Foundation Conservation Carpathia (FCC), was created in 2009 with the aim to create Europe’s largest national park to protect the unique, intact wilderness and rich biodiversity of the Fagaras Mountains. There are not many places left in Europe where such a large, iconic national park could still be established. 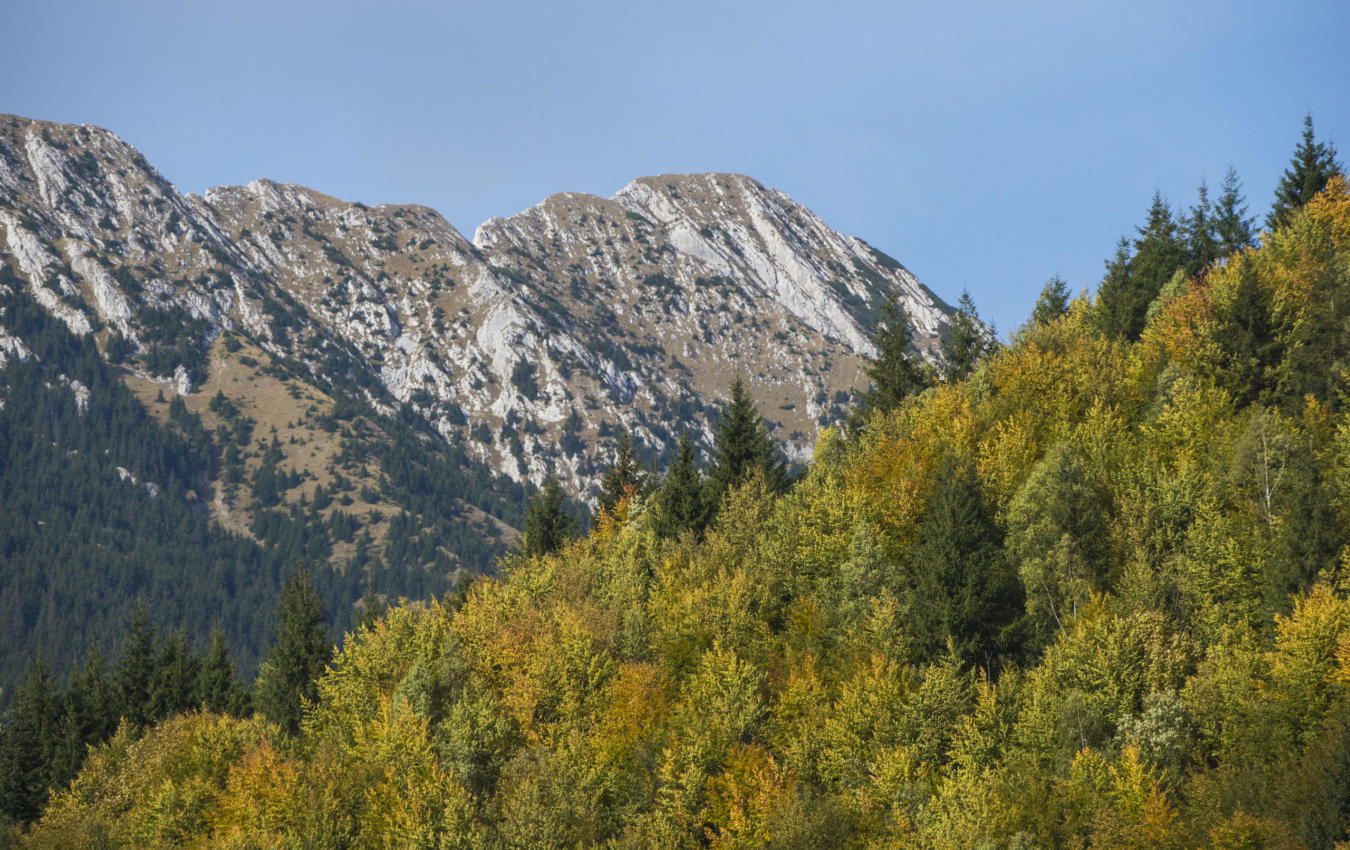 A view of Piatra Craiului National Park, a protected area that the Carpathia Conservation Foundation (FCC) with support from FZS safeguard. © Daniel Rosengren 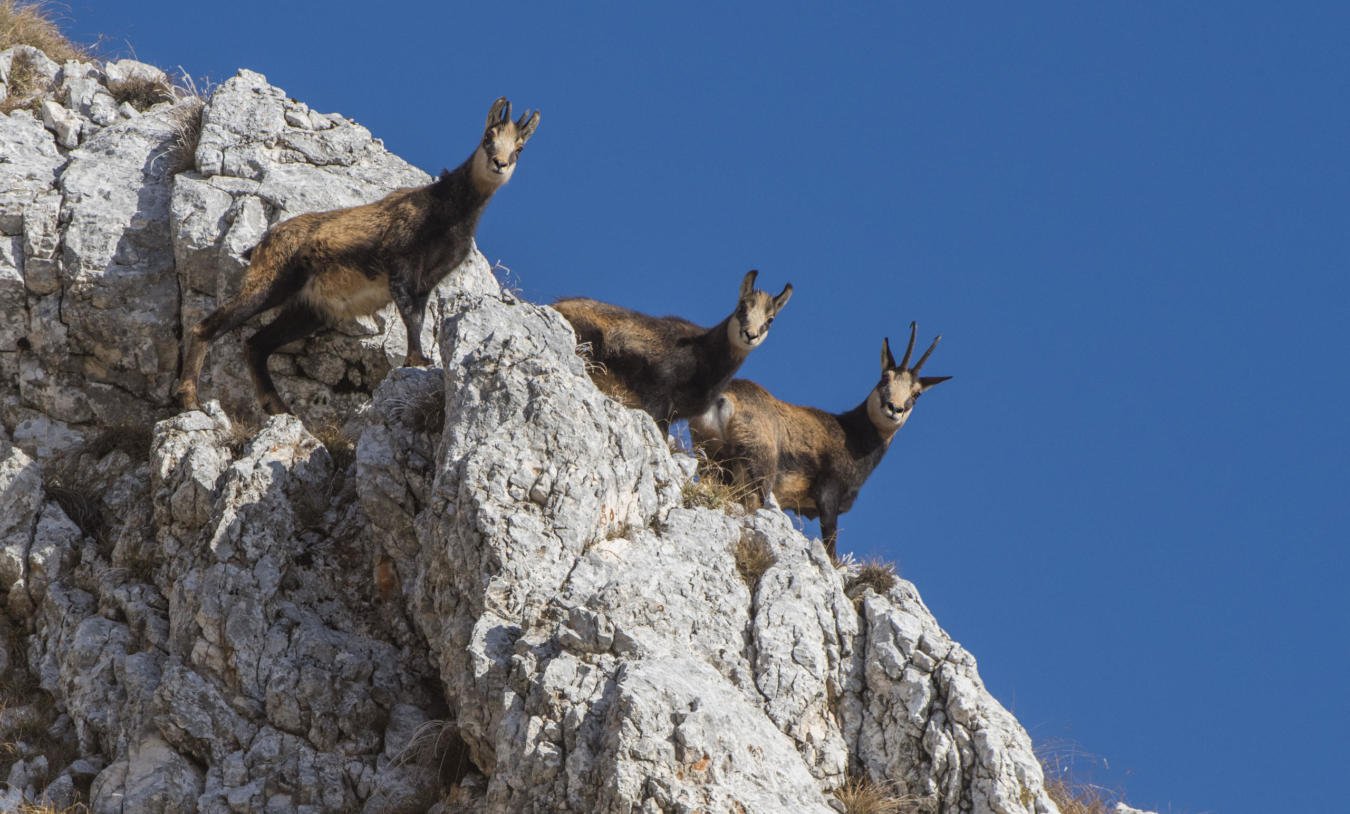 The Carpathia Conservation Foundation monitors wildlife, such as chamois, several times a year to determine if populations are increasing, decreasing or stable. © Daniel Rosengren 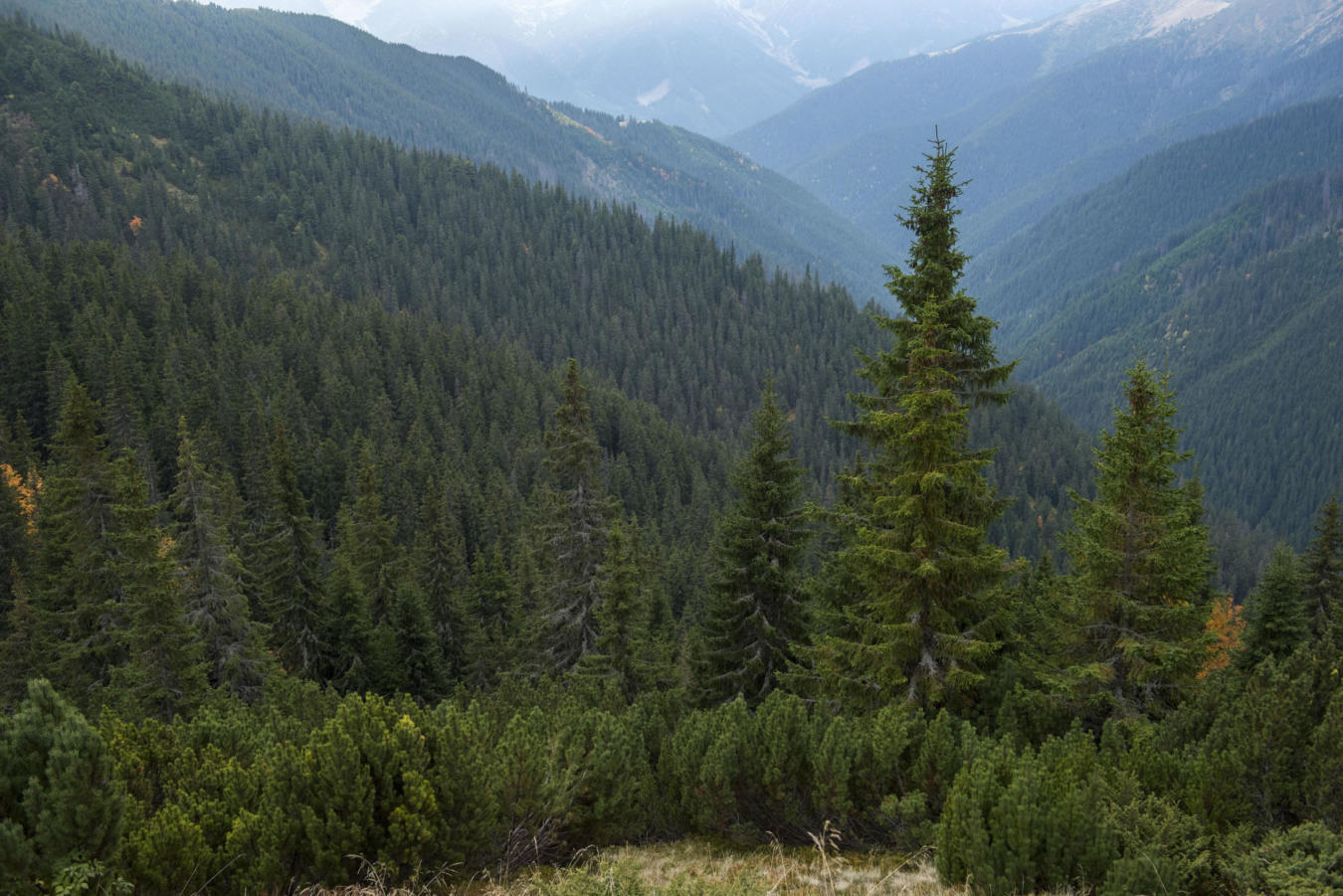 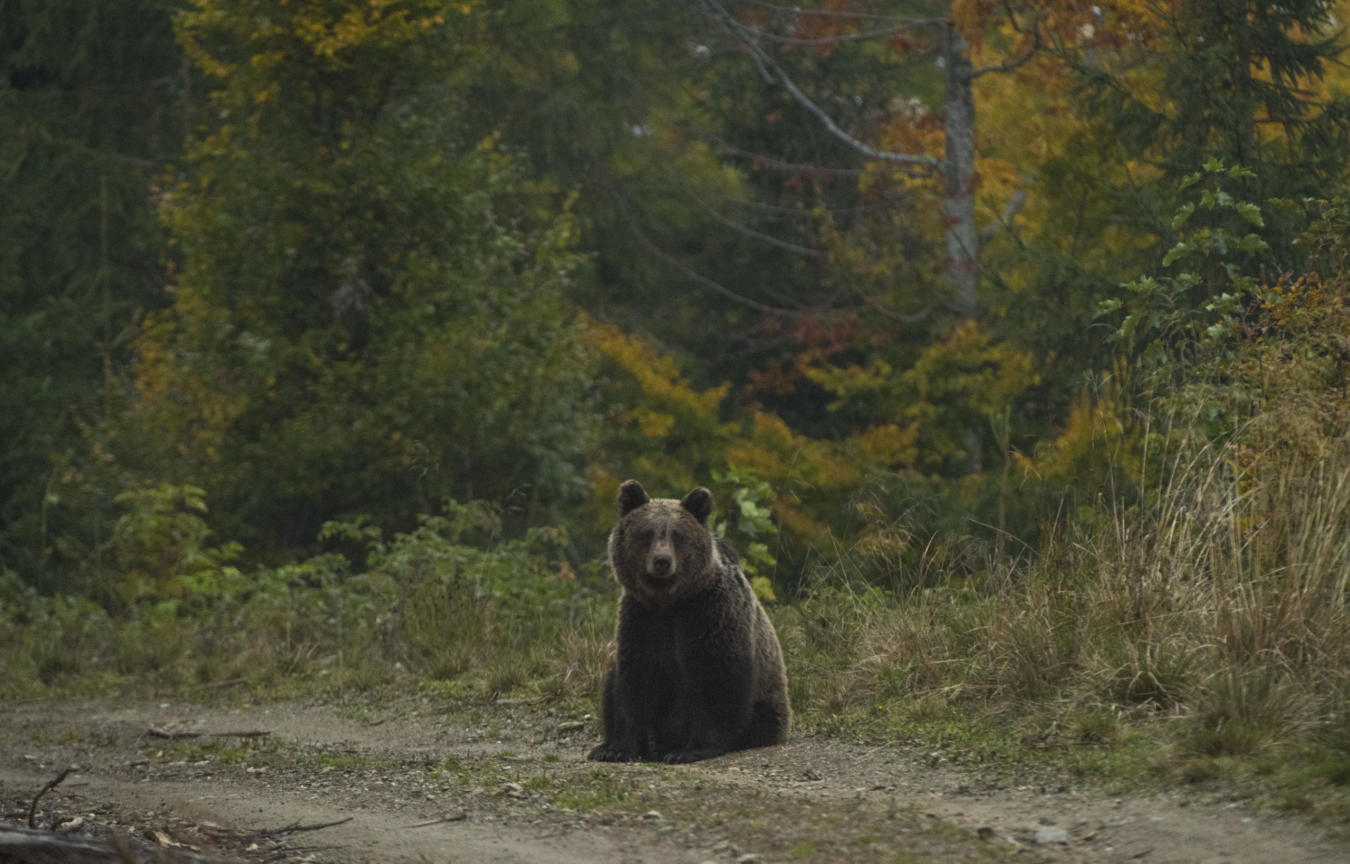 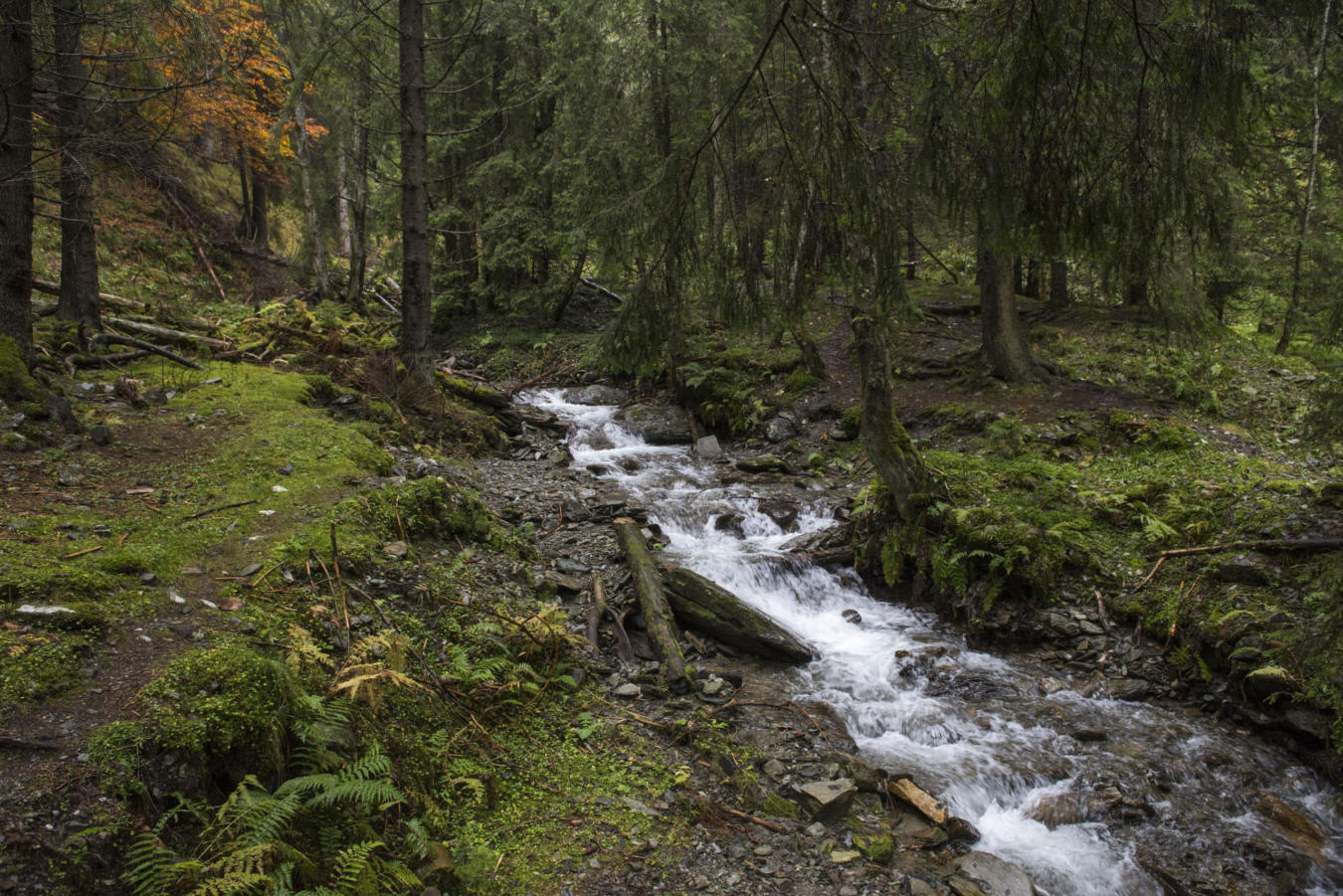 Aquatic and riparian ecosystems have suffered in the past due to a hydro-power plant built in the 1980s, deforestation and other threats. But now, the Carpathia project is working to restore those ecosystems. © Daniel Rosengren 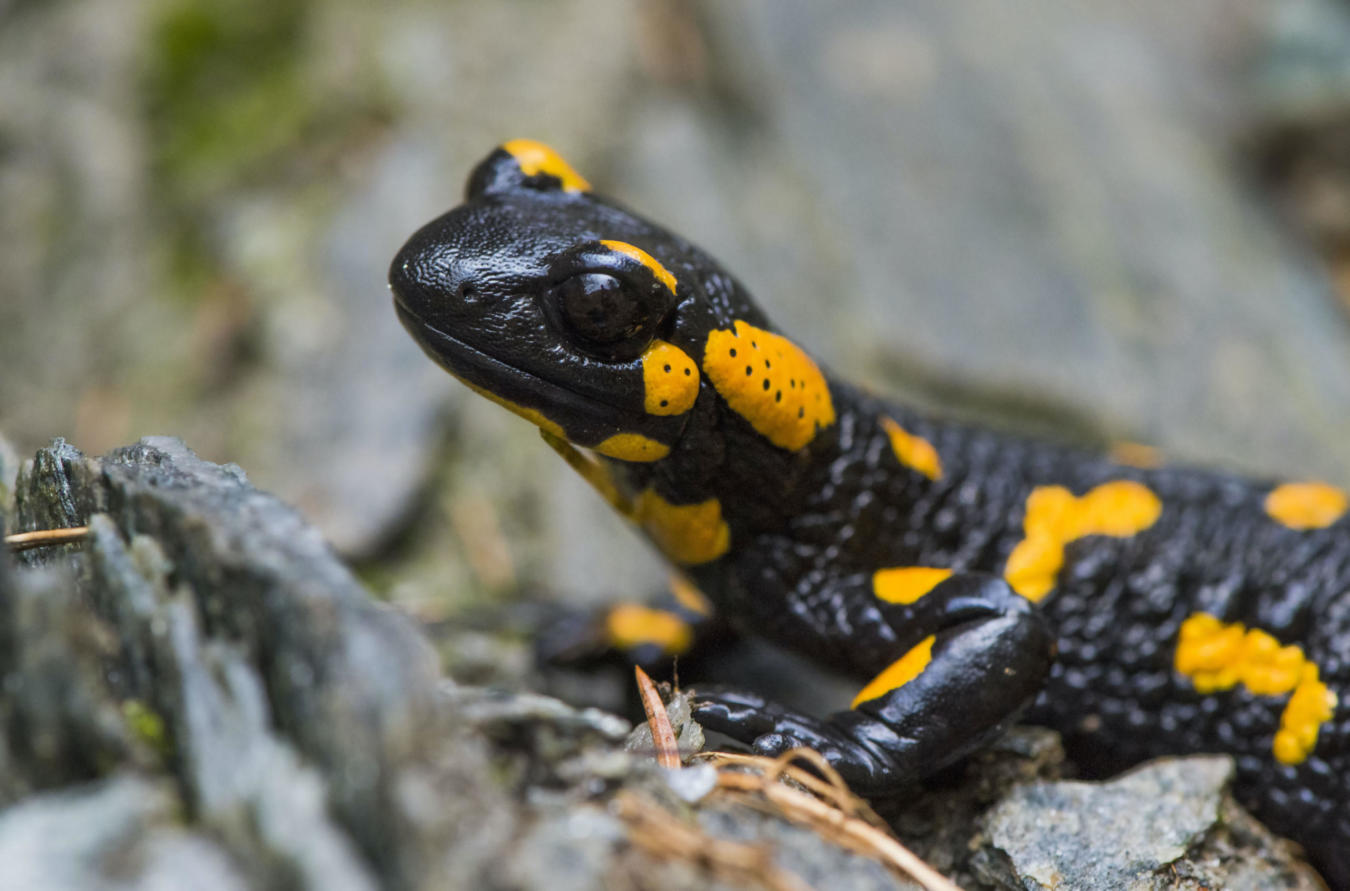 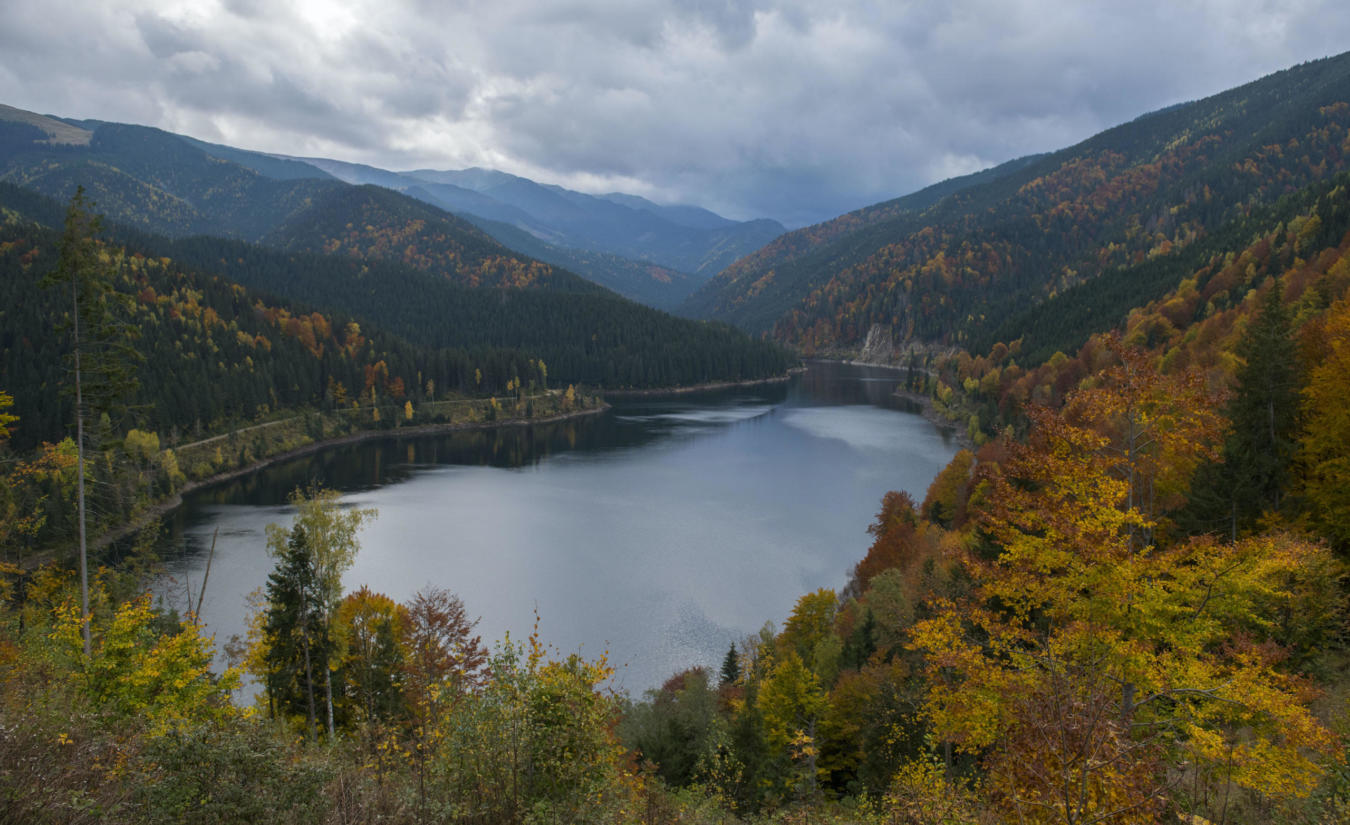 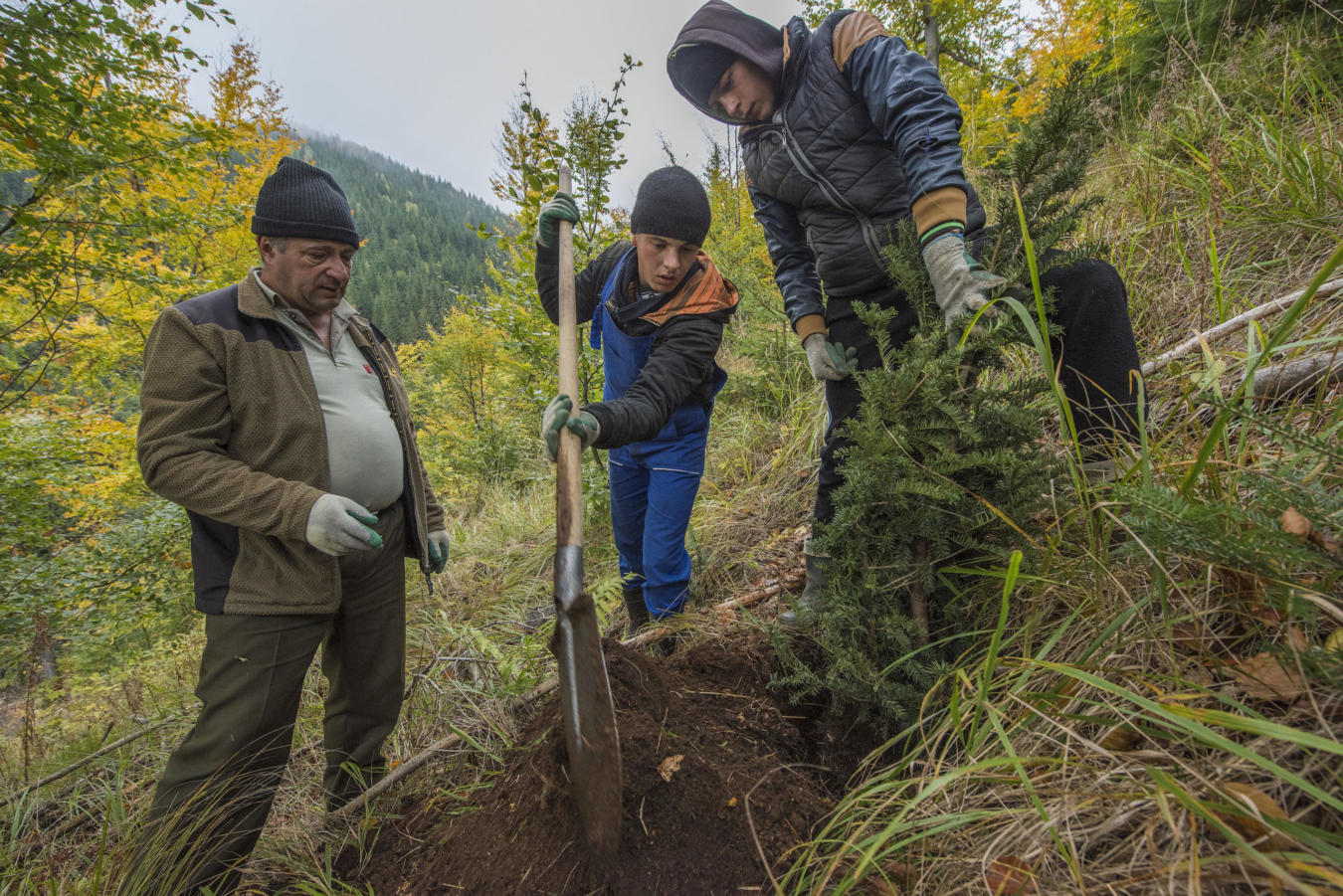 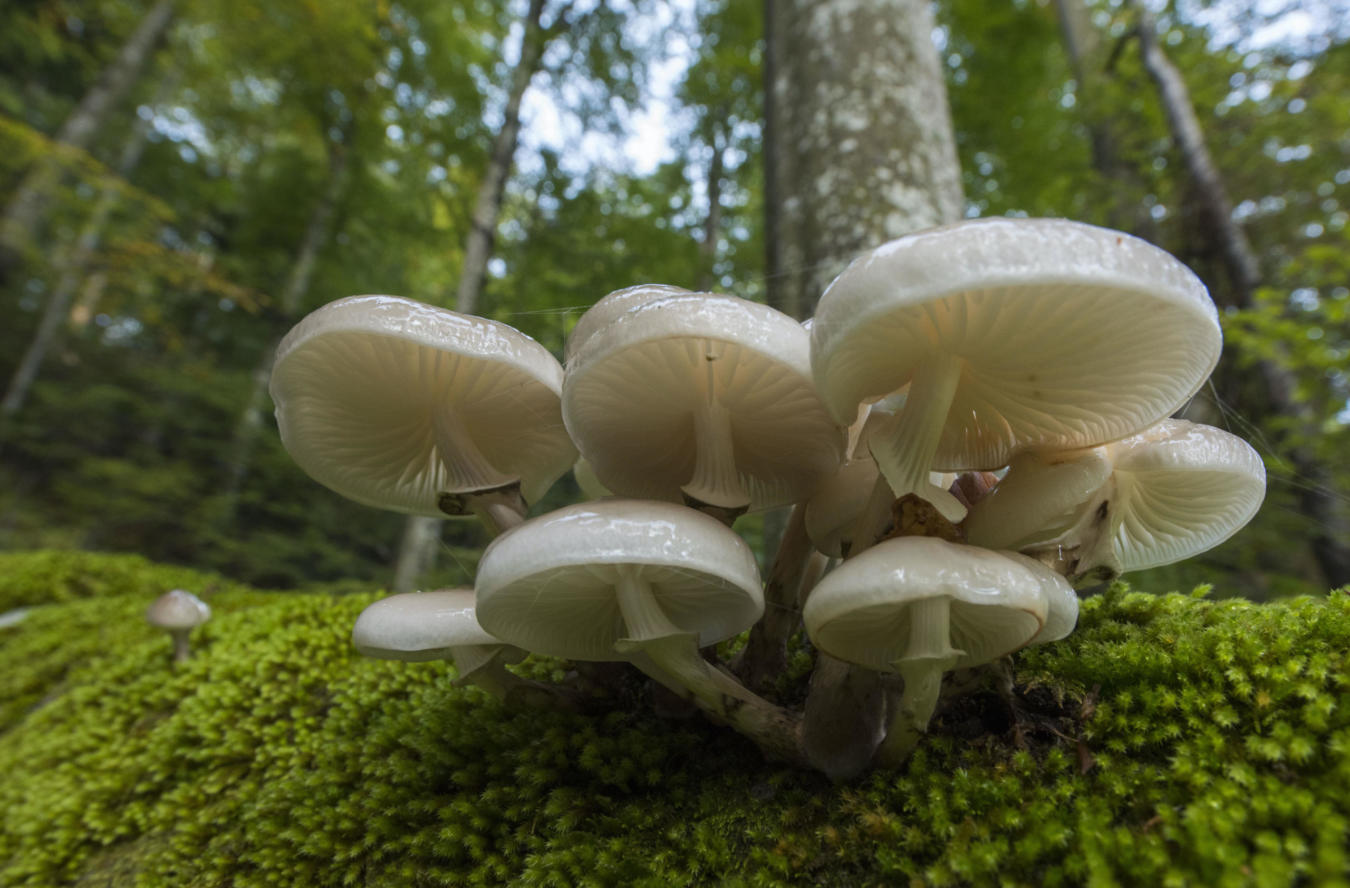 Fungus growing on a dead tree trunk in Carpathia’s project area. One single dead tree lying on the ground means so much life for other organisms. Sinca Noua, Romania. © Daniel Rosengren 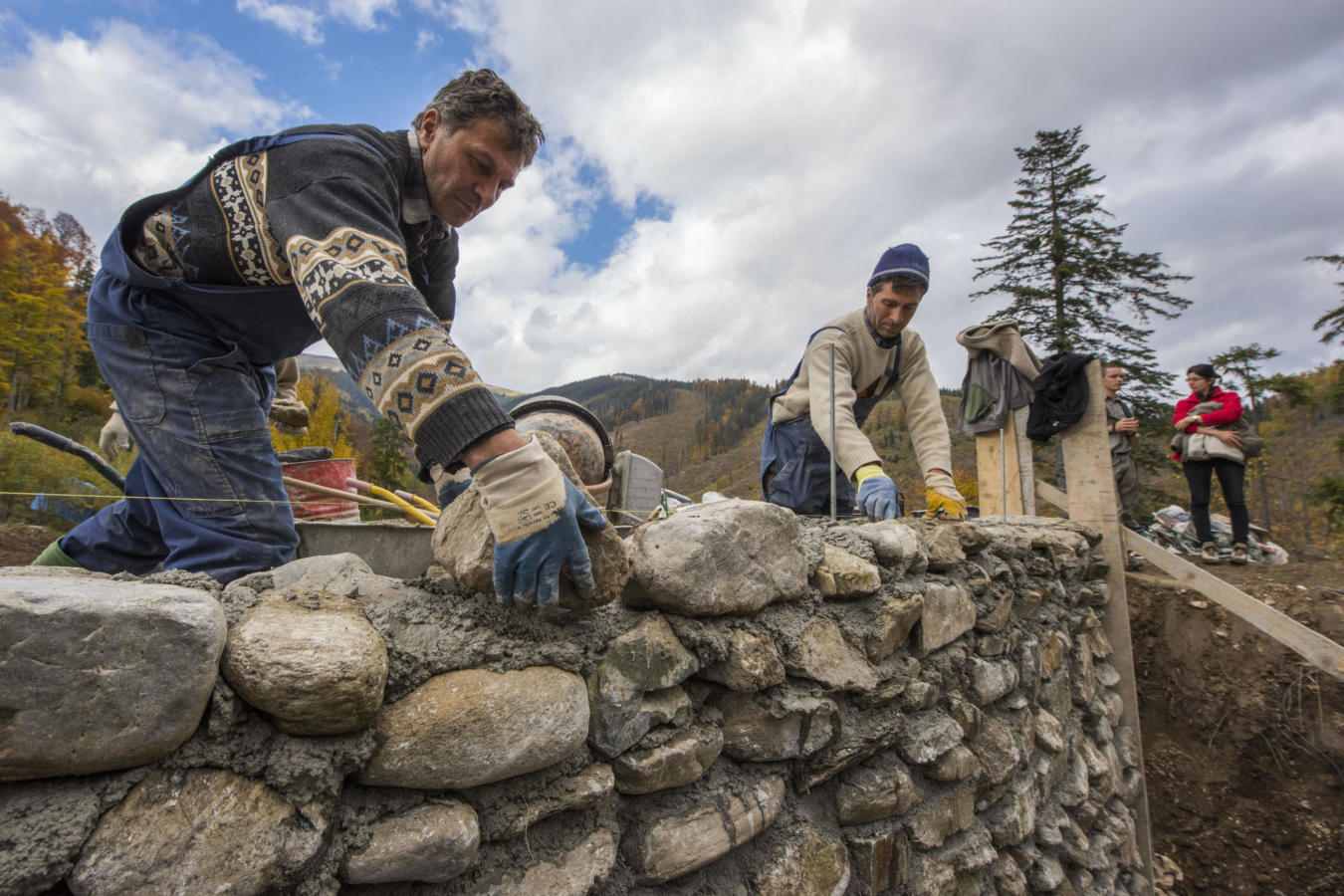 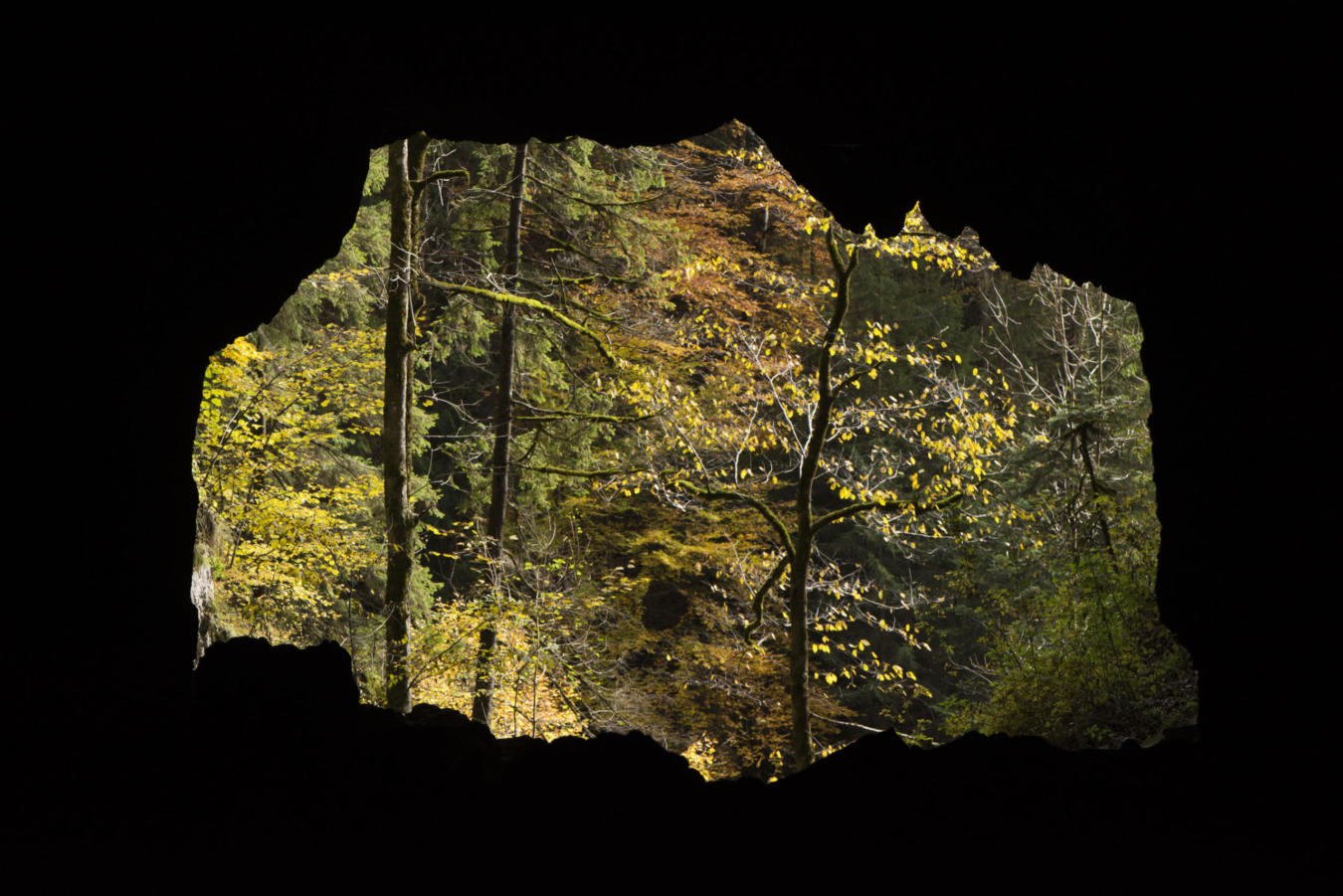 The entrance of a limestone cave in the Carpathia project area. Romania. © Daniel Rosengren 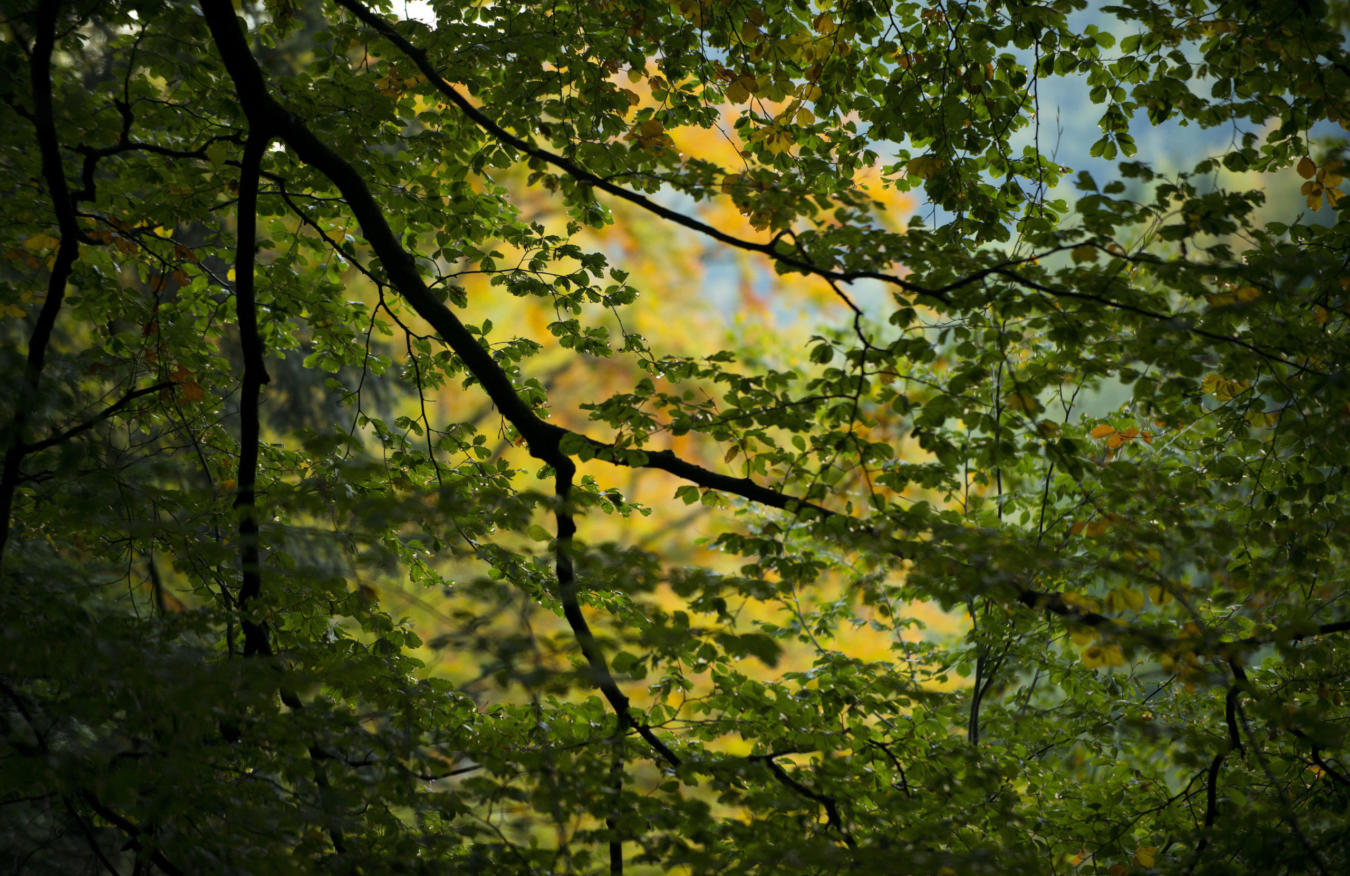 How we support the project

Since 2009, FZS partner, Foundation Conservation Carpathia (FCC), has been working with local and international partners to secure the remaining wilderness in the Romanian part of the Carpathian Mountains. The primary aim is to restore and protect a reserve big enough to support a significant population of large mammals and to allow ecological and evolutionary processes to occur as they should.

The launch of this initiative came at a critical time for Romania’s forests after the decision was taken in 2005 to pass formerly nationalized forests, including conservation areas, back to private individual ownership. This process triggered usage conflicts, and in many cases, massive clear-cuts with thousands of hectares of forest illegally logged. The integrity of the Carpathian ecosystem was severely threatened. However, most of the former owners have no interest in the land and are generally willing to sell. This has given rise to a highly favorable, yet very narrow, time window in which large natural forest areas can be protected on a permanent basis. The project aims to conserve wildlife and habitat over roughly 200,000 hectares in the landscape. This will be achieved through various management schemes including direct land-ownership, leasing land, securing Natura 2000 sites, and purchasing hunting rights for concessions. The project currently protects wildlife across a total of 65,000 hectares and owns about 26,000 ha of land.

Although very few settlements exist in the Fagaras Mountains themselves, 28 are found in the lower-lying surrounding areas. Creating a new national park would change the local economy and, in order to develop alternatives for communities, an intensive dialogue is necessary. A stakeholder platform gives local people a voice, allows the project to listen to their concerns, and gives communities the opportunity to participate in the process of developing a new national park.

The project works closely with local communities to develop sustainable tourism, manage human-wildlife interactions, and support vulnerable community members during difficult times, like the COVID-19 pandemic. The project also runs a conservation enterprise program to support nature-friendly, local businesses. An analysis of the socio-economic situation around the Fagaras Mountains showed that eco-tourism, restoration activities, and food production offer the best sustainable development opportunities. As such a ‘food hub’ selling products made from natural, locally produced produce has been successfully set up; this initiative opens up markets to rural farmers from the area. These products are harvested, cultivated, produced, and distributed responsibly, with care for the soil, climate, and biodiversity.

Romania has long been seen as a country with great eco-tourism potential which could bring much-needed sustainable development opportunities for rural communities. The project has started to develop an eco-tourism program, based on wildlife, forests, and nature restoration. The opportunity to see free-roaming bison following their reintroduction by the project is now adding a fantastic eco-tourism drawcard. The project has built four wildlife viewing hides in the Fagaras Mountains as well as a tourist information website, Travel Carpathia, to further develop eco-tourism in the area; and supports the training of specialized guides.

The project supports rangers that patrol an area of over 75,000 hectares. The rangers enforce hunting and forestry laws across this landscape; their impact has extended beyond the project area and has significantly decreased illegal logging in the neighboring forests. Forest rangers also monitor biodiversity and support local communities when human-wildlife interactions become problematic, for example by capturing bears or wolves that venture near to settlements and relocating them back to the mountains to help avoid conflicts. As part of the project’s ecological restoration initiatives, the rangers also work – together with employees from local communities – to reforest areas where clear-cut logging has taken place, in order to prevent soil erosion and accelerate recovery.

The project has converted an old forestry lodge into an environmental field educational center in the Dâmbovița Valley. This space is used for school and volunteer programs. More than 1,200 school children and teachers are now involved in the project’s environmental education program. ‘Educator for nature’ training for local teachers is also facilitated by the project at the center.

The project’s outreach and communication plans include human dimensions research, a dialogue platform, organizing local and national events, ecological education programs, volunteering and ambassadors’ programs, job opportunities, and, last, but not least, the team’s day-to-day presence in the communities.

Wildlife monitoring in Romania has traditionally been conducted by hunters. The project has challenged the status quo; park rangers now use camera traps and genetic analysis of non-invasively collected samples, such as brown bear fur left on trees, to monitor wildlife. These surveys help to assess the impact of conservation measures and ecological restoration and guide conservation actions.

Ecosystem monitoring also feeds into the process of reintroducing species into the area. A feasibility study conducted by the project showed that 100 bison should be introduced for such a vulnerable species to settle and survive. Plans are underway to gradually reintroduce about 30 individuals each at three sites in the Fagaras Mountains between which movement and migration is possible, allowing for interbreeding between sub-populations over time. Through careful planning and a strict phased reintroduction protocol, the project team ensures that bison releases are carried out in the most responsible way possible.

Although Romania harbors the largest brown bear, wolf, and lynx populations in the European Union, the wildlife of the Fagaras Mountains has been severely impacted by poaching and overhunting, as well as habitat loss. To allow wildlife in hunting areas to recover, the project founded its own hunting association to allow for hunting rights to be leased. Once concessions rights have been purchased, hunting is ceased in these areas, and wildlife is protected. Since the project started monitoring wildlife and carrying out population counts of carnivores and ungulates in the Fagaras Mountains, the Foundation can contribute to the heated debate about hunting in Romania using scientific evidence.

Wildlife sometimes ventures close to human settlements in the Fagaras Mountains and in such cases human-wildlife interactions can become problematic. To avoid conflicts arising between people and wild animals the project supports local livestock owners with preventative measures like electric fences. A breeding program for the “Carpatin” livestock guarding dogs, which are an efficient tool in defending livestock against carnivores, has also been launched. In addition, two rapid response teams of rangers together with the regional Gendarmerie, trained and equipped to resolve such wildlife-human conflicts in a quick and professional way, have been set up. 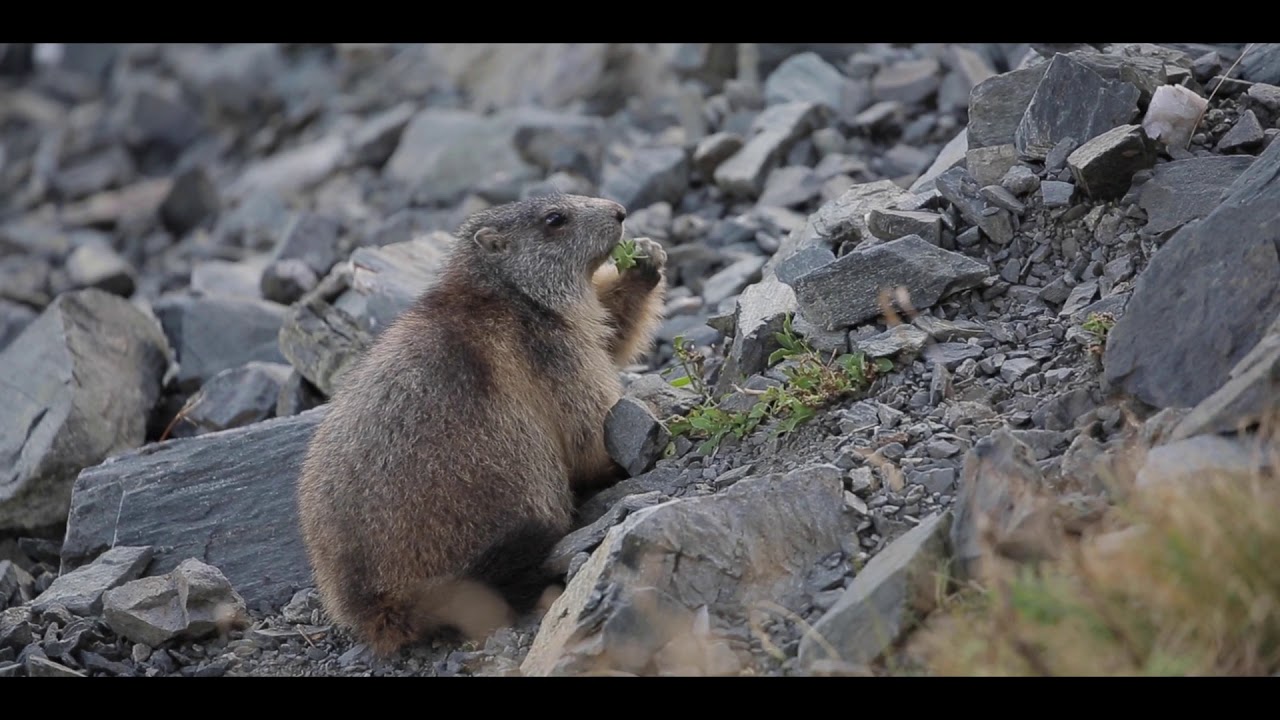 Bison reintroduced into the wild after 200 years of absence and the Food for Elders Program launched and access to online education provided for children in rural areas to mitigate the impact of the COVID-19 pandemic on rural communities. 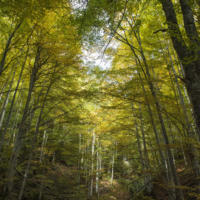 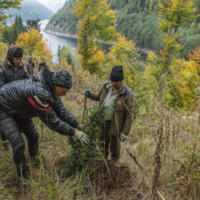 Over 10,000 ha are in ownership of FZS partner, FCC, and reintroduction of the European yew tree to the Dâmbovița Valley 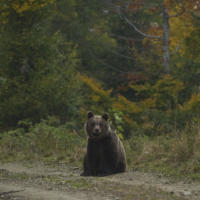 Wildlife monitoring and population counts of carnivores and ungulates launched 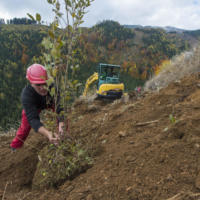 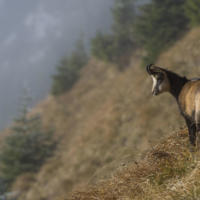 Hunting rights in the first hunting concession leased and hunting in the area ceased to allow wildlife in the area to recover.

FZS partner, FCC, purchases first land in the Southern Carpathians to secure protection and create a reserve of 100,000 hectares 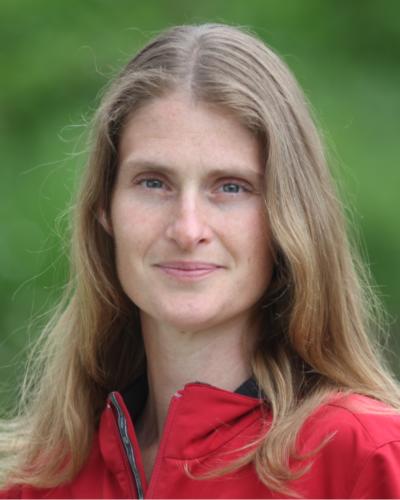