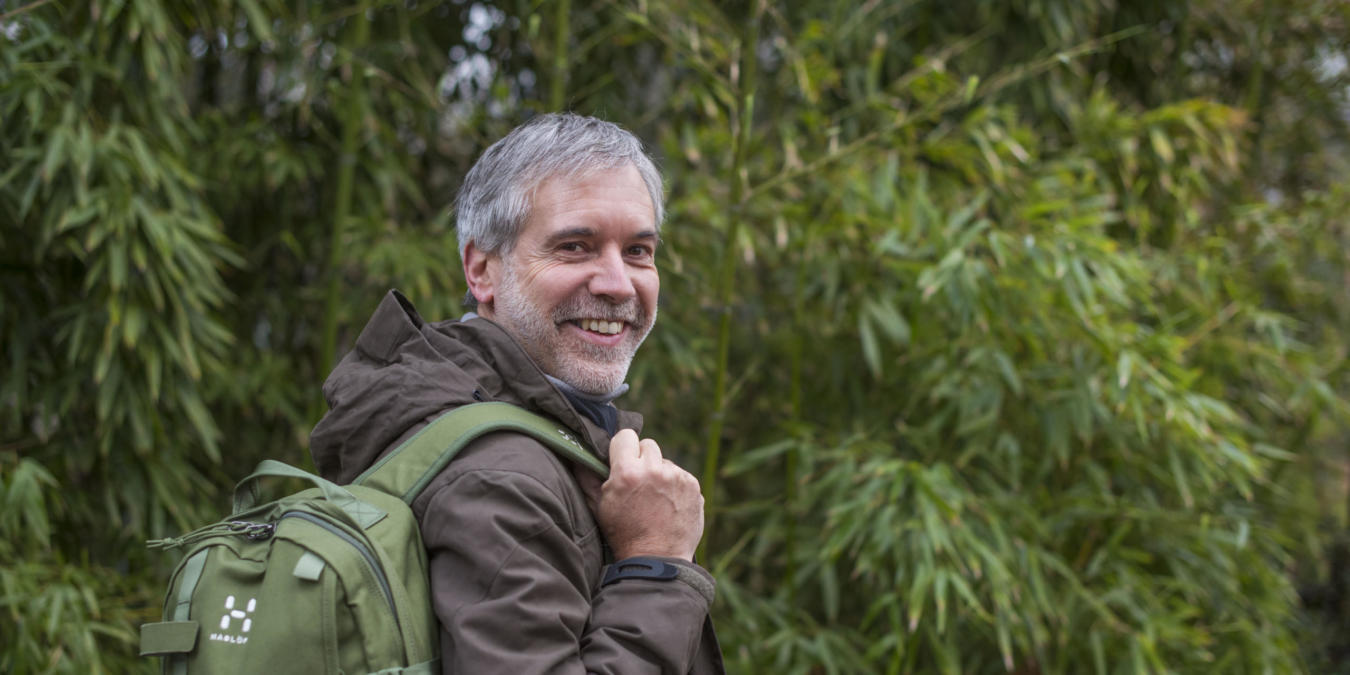 Dr. Christof Schenck is the Executive Director of the Frankfurt Zoological Society (FZS). As a biodiversity conservation expert, he developed FZS into an internationally respected conservation organization. Additionally, he significantly increased its international network and professionalized its conservation program. Dr. Schenck also represents FZS in scientific discussions, public events, and the media.

Bringing attention to the three main human-made crises, the dramatic loss of biodiversity, climate change, and the increased risk of pandemics due to the destruction of ecosystems, is imperative to Dr. Schenck. As a scientist, he seeks solutions to address these crises. As a biologist and conservationist, he is, in his own words, “by nature, an optimist”.

He promotes innovative ideas in conservation. For example, the Legacy Landscapes Fund (LLF). Established in 2020 it aims to provide stable, long-term funding for national parks. Another is the Frankfurt Spring School on Conservation Management, a professional education and training program for conservationists.

Since December 2020, Dr. Schenck has also been the managing director of the newly founded Frankfurt Conservation Center gGmbH (FCC). At the FCC, experts from a wide range of disciplines will work together to find solutions to the most pressing problems of our time.

His involvement with FZS began in 1990 as a project manager in Peru’s Manú National Park. For research purposes, he lived in the rainforest for several years with his wife Dr. Elke Staib. Together they developed a concept for the protection of the highly endangered giant otters. In 1996, he completed his doctorate, on the topic “Occurrence, habitat use and conservation of the giant otter (Pteronura brasiliensis) in Peru” at the Ludwig Maximilian University in Munich.

After his doctorate, Dr. Schenck became a research associate for FZS in Frankfurt am Main. Later, in 2000 he took over the management of the organization. He is convinced that successful conservation cannot happen from a desk. As such, he regularly visits FZS project countries to exchange ideas with international teams and to learn about the developments on the ground.

Dr. Schenck is a member of numerous foundations and committees. For the Frankfurt Zoological Society US (FZS-US), founded in 2007, he is chairman of the board. He is vice-chairman of BioFrankfurt, a board member of the Brandenburg Natural Landscapes Foundation, the Eleonore Beck Foundation, and the Romanian Foundation Conservation Carpathia.

Dr. Schenck is also a member of the Frankfurt Polytechnic Society, represents the Help for Threatened Wildlife Foundation in the Frankfurt Foundations Initiative, and is on the jury of the KfW Bernhard Grzimek Prize.

In 2017, he was awarded the NatureLife Environmental Prize. In 2021, he received the One World Medal, awarded by the German Federal Ministry for Economic Cooperation and Development (BMZ) for outstanding personal commitment to the implementation of the United Nations 17 Sustainable Development Goals. In 2022, he was awarded the German Environmental Prize – one of the most highly endowed and prestigious awards in Europe. He received the prize for his efforts in protecting large wilderness areas, especially tropical rainforests.