Protecting the habitats of orangutans, elephants, and tigers

Sumatra’s rainforests are exceptionally rich in species. In the center of the island is the Bukit Tiga Puluh landscape. This area has one of the largest remaining contiguous lowland rainforests in the heart of the Indonesian island of Sumatra. This makes it one of the last great refuges for Sumatran tigers, Sumatran orangutans, and especially Sumatran elephants.

Since 1998, we have been working to establish an orangutan population there to strengthen the overall numbers in the wild. In the FZS Jungle School, we prepare orangutans for a life in the wild that had been illegally kept as pets. So far, more than 175 animals have now been released into Bukit Tiga Puluh, and now offspring are being born wild to some of the first released orangutans.

The jungle school is part of our extensive conservation program with the goal of preserving the valuable habitat in Bukit Tiga Puluh. Our commitment and that of our partners is urgently needed because the rainforest would otherwise be rapidly cut down and destroyed by slash-and-burn.

Our focus areas in Indonesia 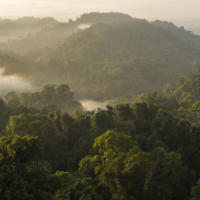 Our partner Konservasi Ekosistem Hutan Sumatera (KEHUS) begins supporting the forestry authority with the protection of a 12,000-hectare forest area southeast of the Bukit Tiga Puluh National Park, where our Jungle School is located. 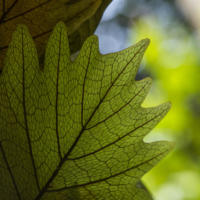 Local partners take over the management of a special forest concession for 60 years, this comes with the obligation to maintain the concession area in the long term by conserving and restoring forest areas. FZS supports the project. 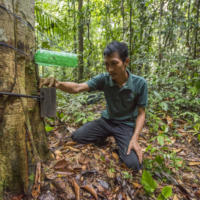 Our monitoring program for Sumatran tigers begins. Camera traps are used to systematically record the population.

The 150th orangutan is released into the Bukit Tiga Puluh wilderness. 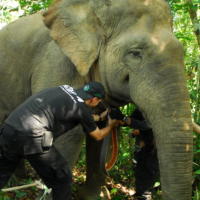 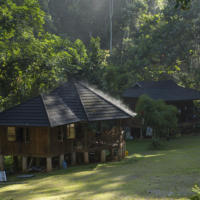 The Jungle School Open Orangutan Sanctuary (OOS) is established and 100th Orangutan released into the wild. 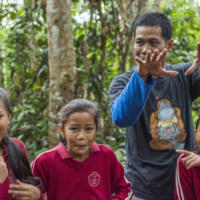 We expand our conservation work, and the protection of the Bukit Tiga Puluh landscape area becomes our work focus. 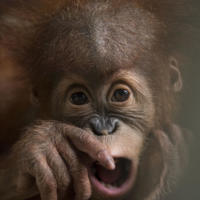 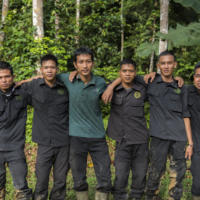 The first orangutan leaves our reintroduction station to live in the Bukit Tiga Puluh wilderness. 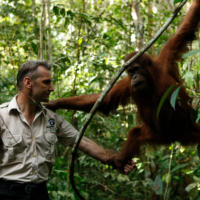 The first FZS station for the release of orangutans into the wild starts operation. 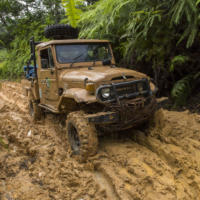 Bukit Tiga Puluh is identified as a suitable site for reintroducing orangutans.