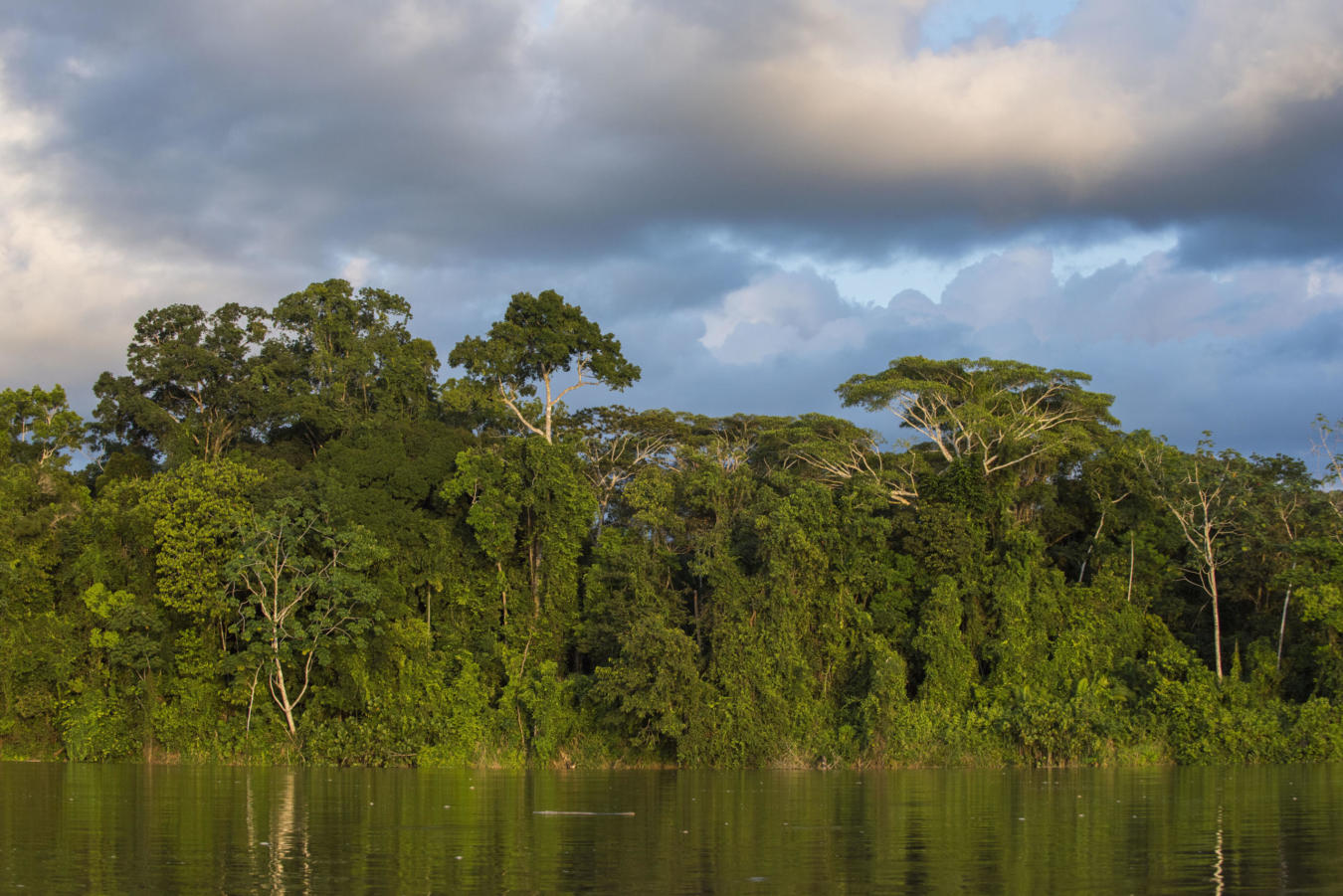 The Yaguas-Putumayo Landscape at the lower Putumayo River is a biological corridor between southern Colombia and northern Peru, with virtually uninterrupted forest cover and healthy aquatic ecosystems. Terrestrial and aquatic animals can still move freely through the region and maintain connectivity between populations.

More than 3,000 species of plants and over 700 species of vertebrates were recorded in 2019, making it one of the most diverse places in the Peruvian Amazon. The Yaguas and Lower Putumayo landscape is also home to many endangered species, such as the pink river dolphin, South American manatee, giant otter, giant anteater, and woolly monkey.

Data from ichthyology studies indicate that the Yaguas River Basin hosts the most diverse fish fauna within Peru, with more than 65% of Peruvian fish species, including species of economic value such as the Arapaima gigas, Vulture catfish, and the ornamental fish Arowana.

In addition, there exists significant cultural connectivity between the many different indigenous ethnic groups that live in this landscape, with communities from both Peru and Colombia belonging to the same linguistic groups and sharing resources in times of need, under traditional informal agreements.

The Yaguas -Putumayo Landscape encompasses the recently created Yaguas National Park and neighboring protected areas, covering a total of 14,146 km² of high-biodiversity areas in this northwestern part of Peru. 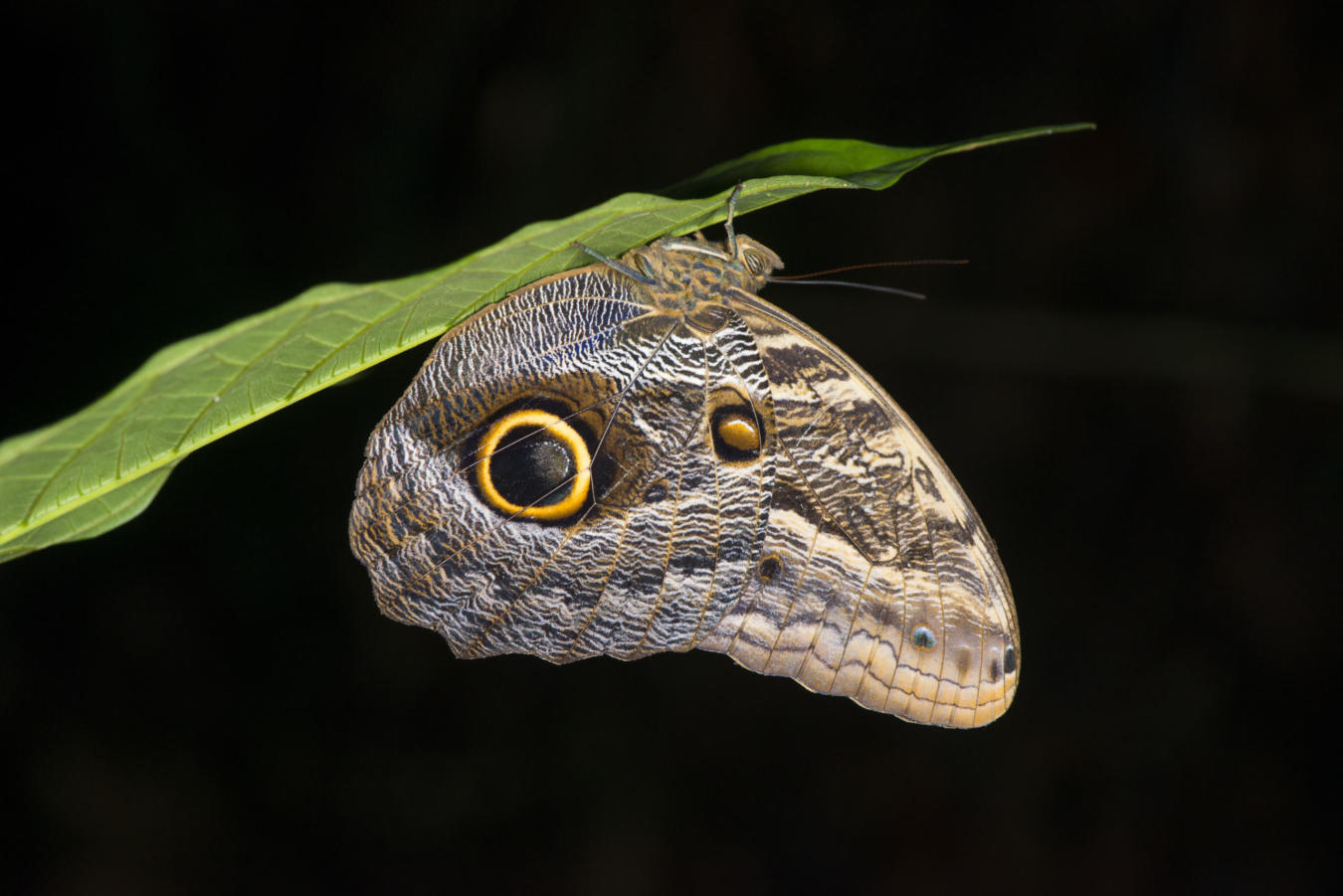 The pristine Yaguas ecosystem contains record numbers of butterfly species, this is one of them, the Morpho butterfly. © Daniel Rosengren 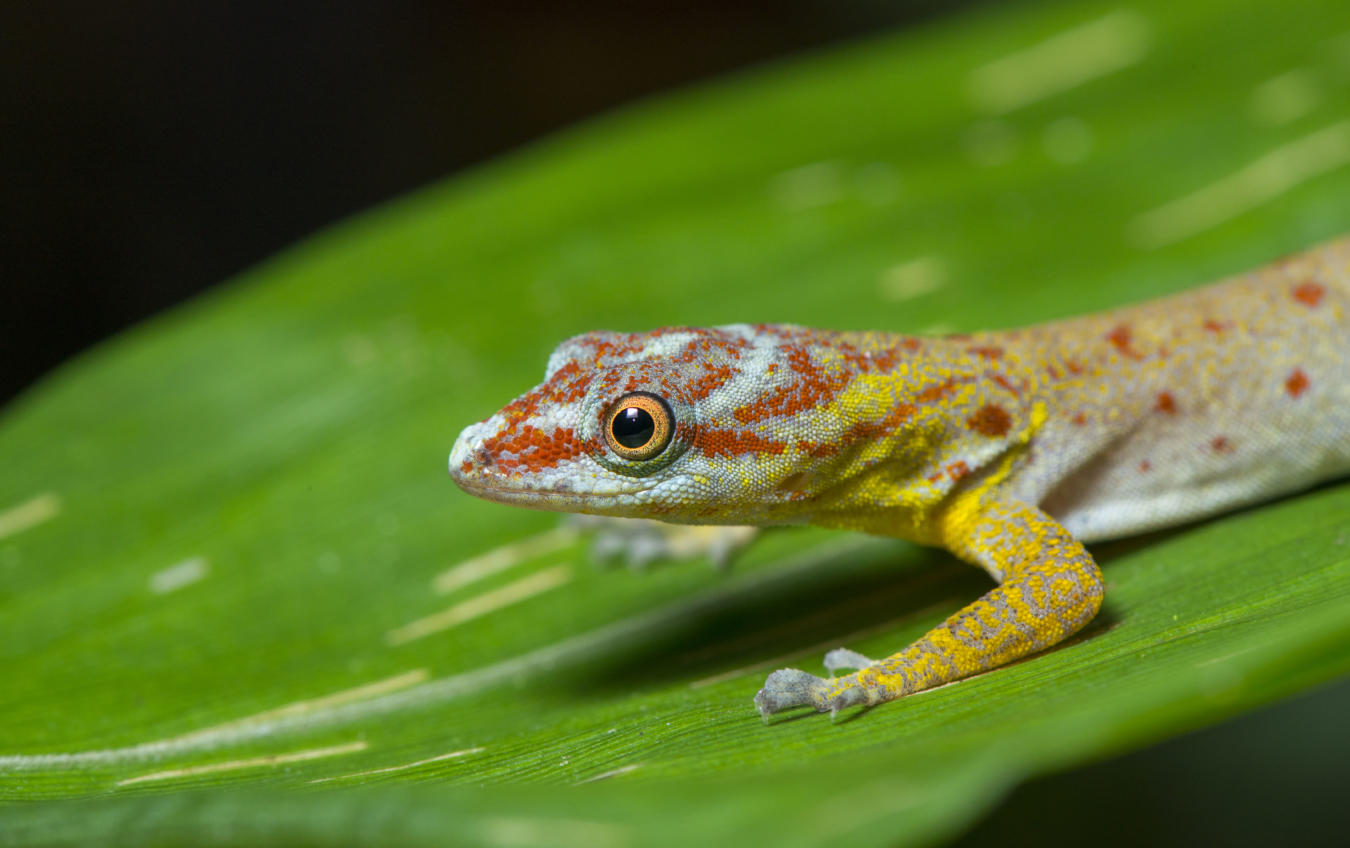 This male Dwarf Gecko (Gonatodes sp.) is one of 700 recorded species of vertebrates were recorded in Yaguas. © Daniel Rosengren 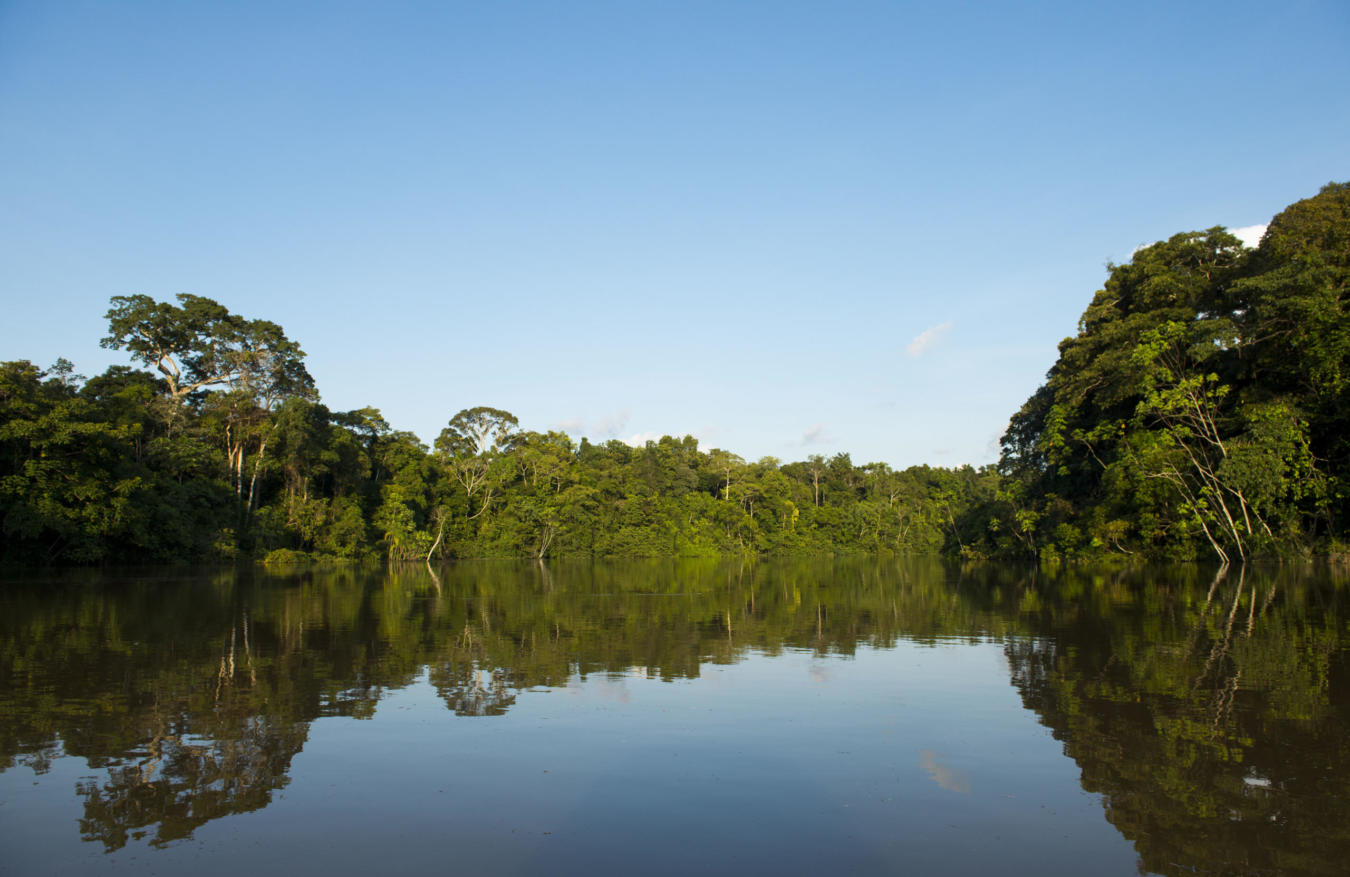 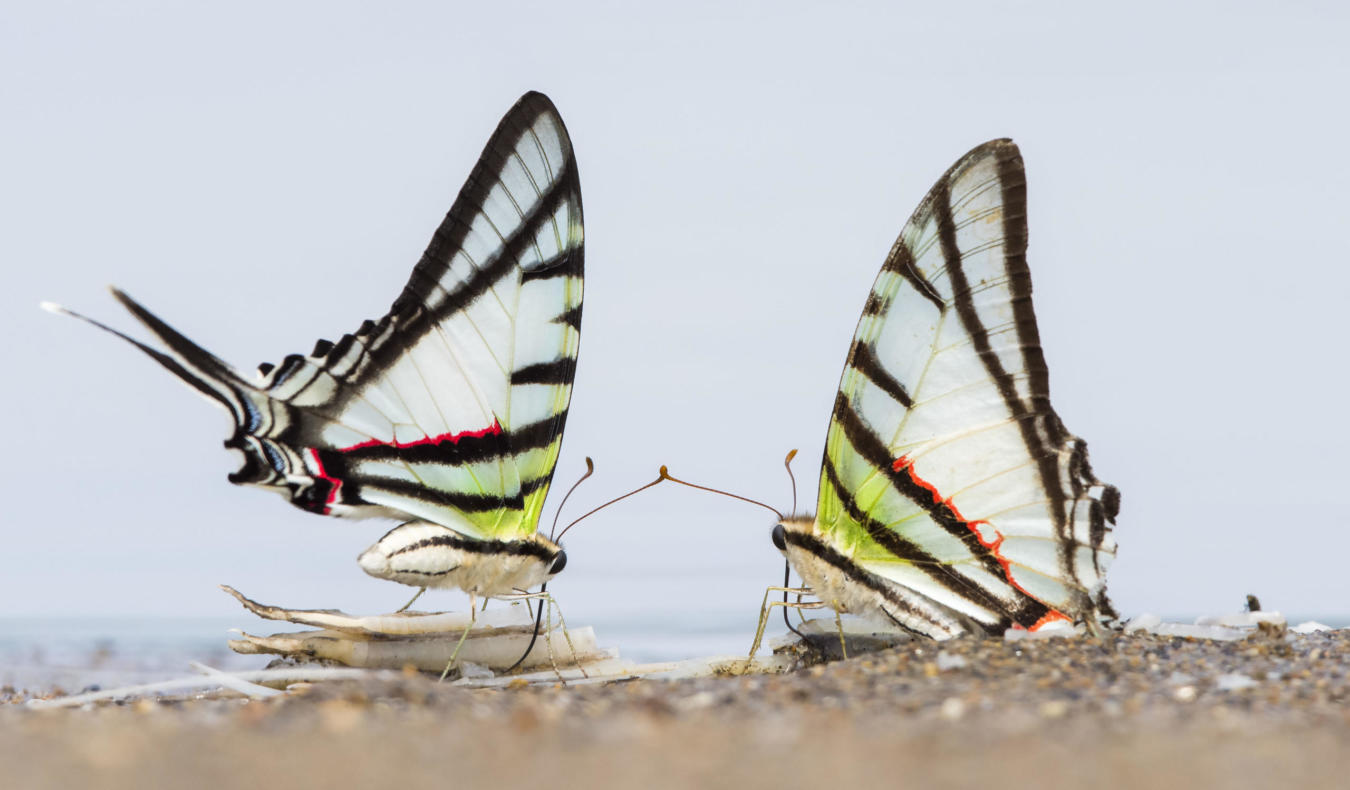 These two butterflies are extracting minerals from fish remains. This shows the importance that each species plays in an ecosystem. © Daniel Rosengren 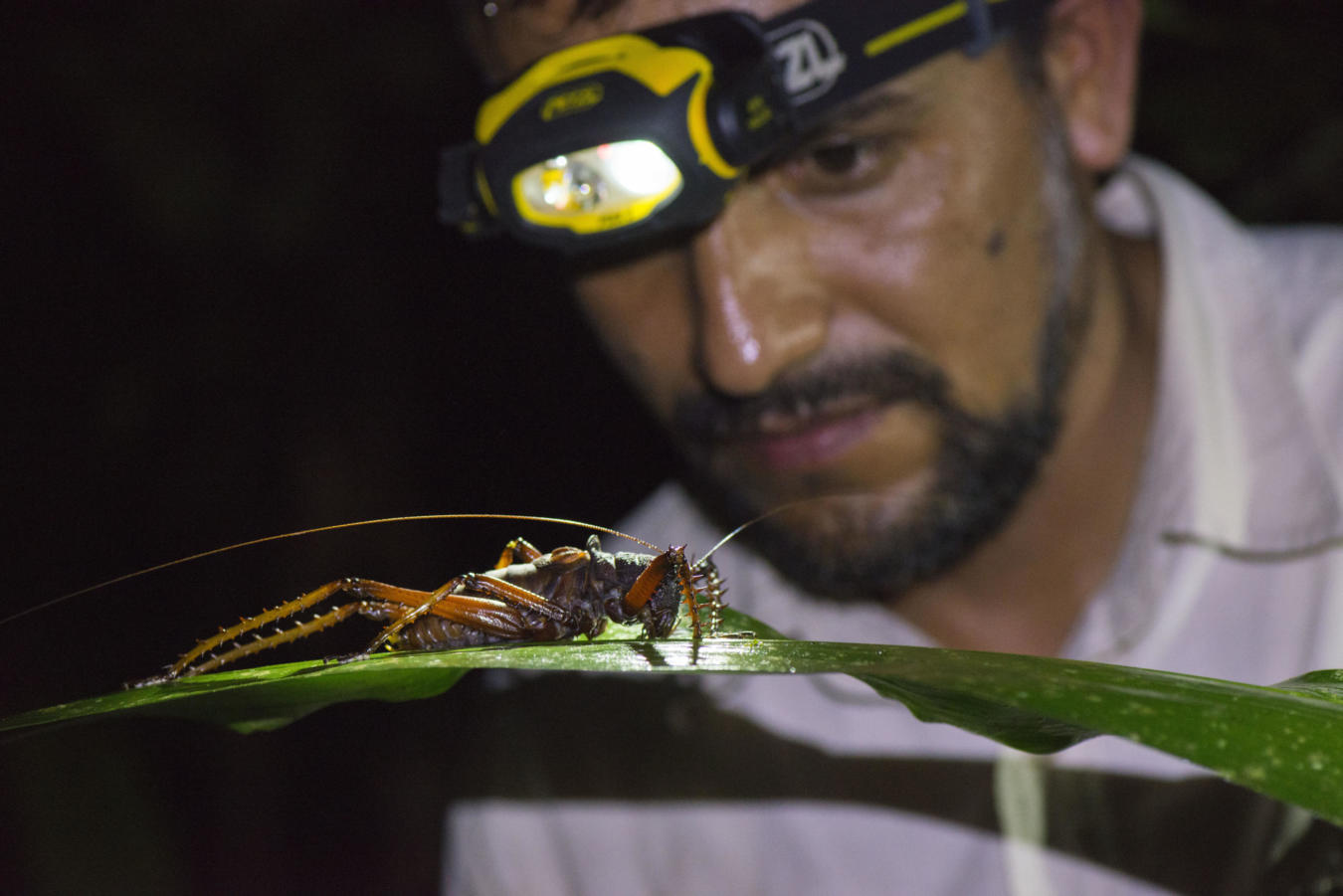 In order to provide effective protection of an area, it is important to know what species and habitats exist in the protected area. Here, an FZS staff member is examining a giant cricket that he found in Yaguas. © Daniel Rosengren 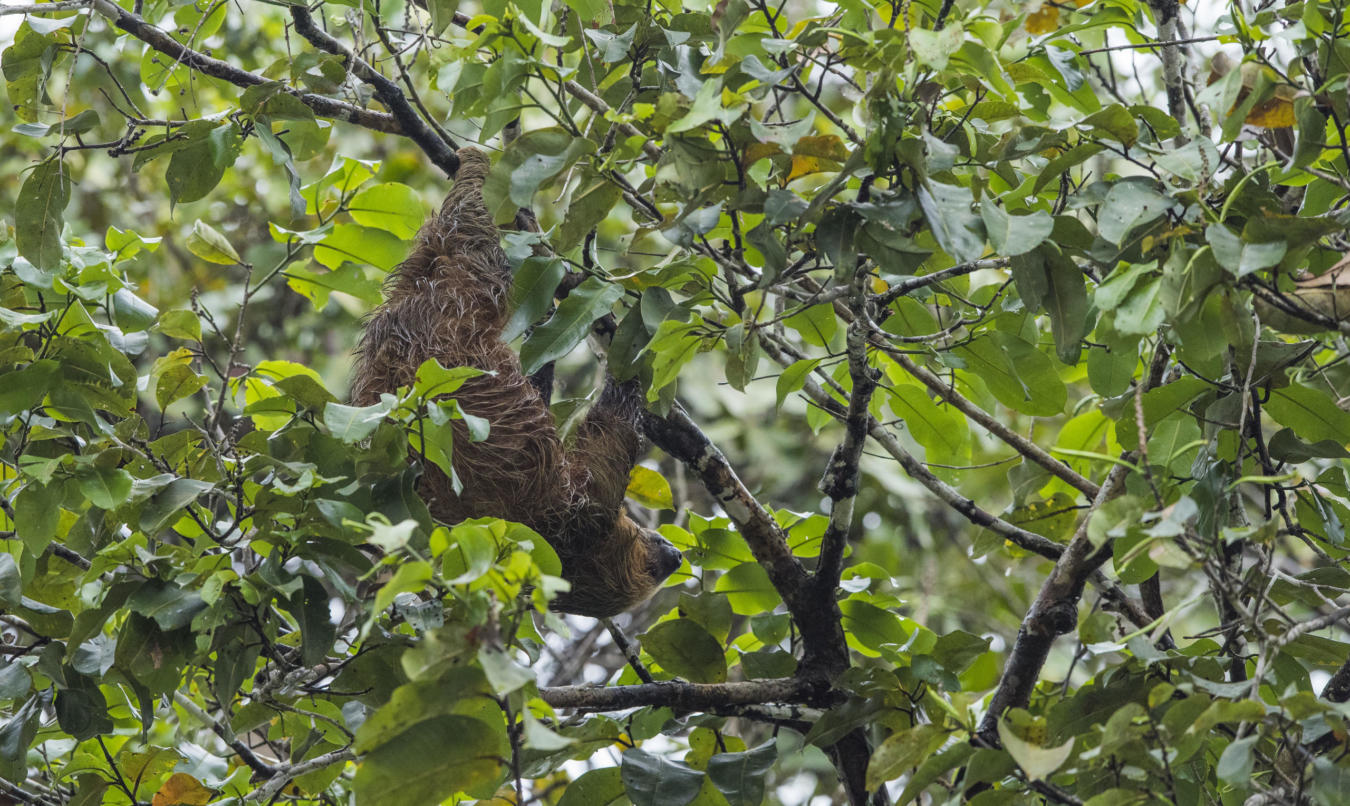 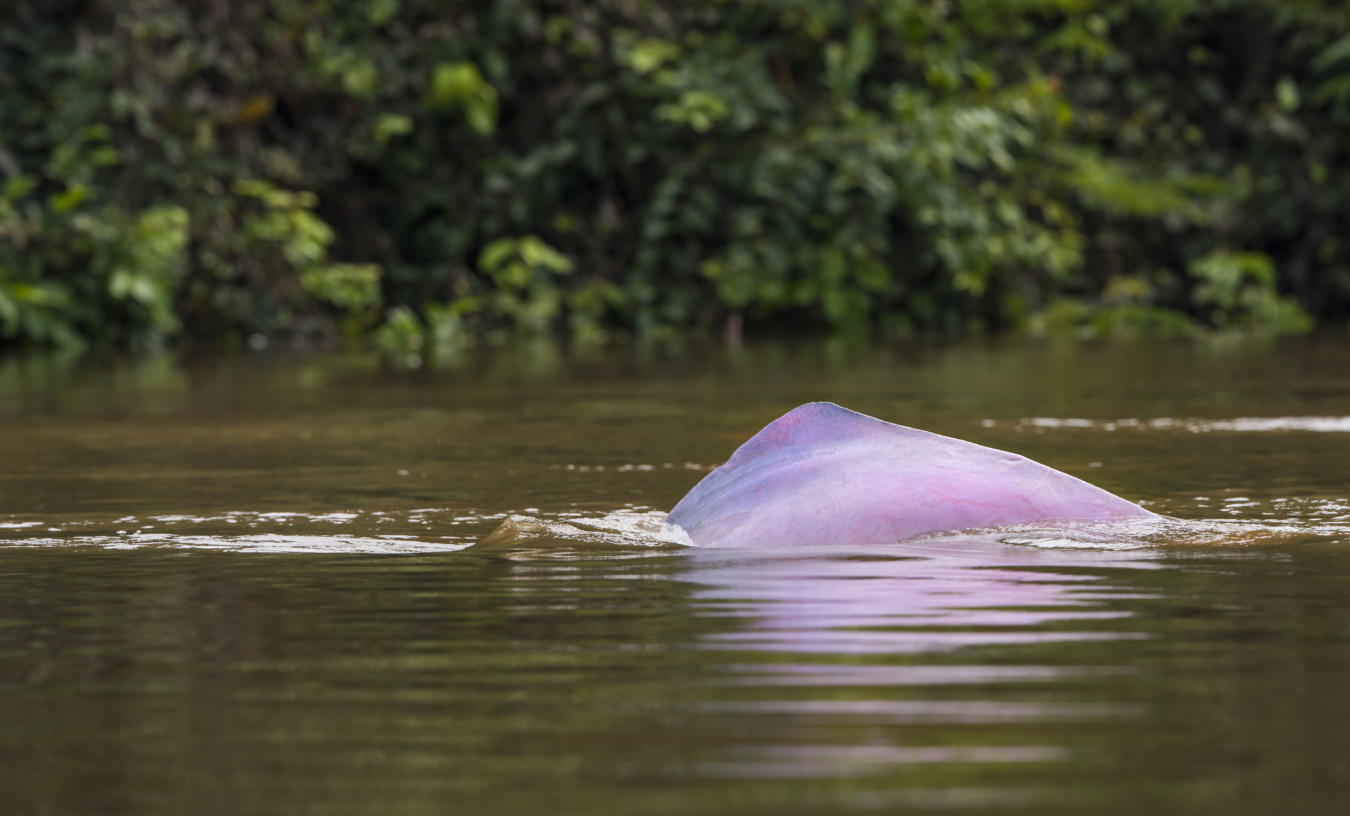 Pink river dolphins are one of the many endangered species that live within the Yaguas and Lower Putumayo landscape. © Daniel Rosengren 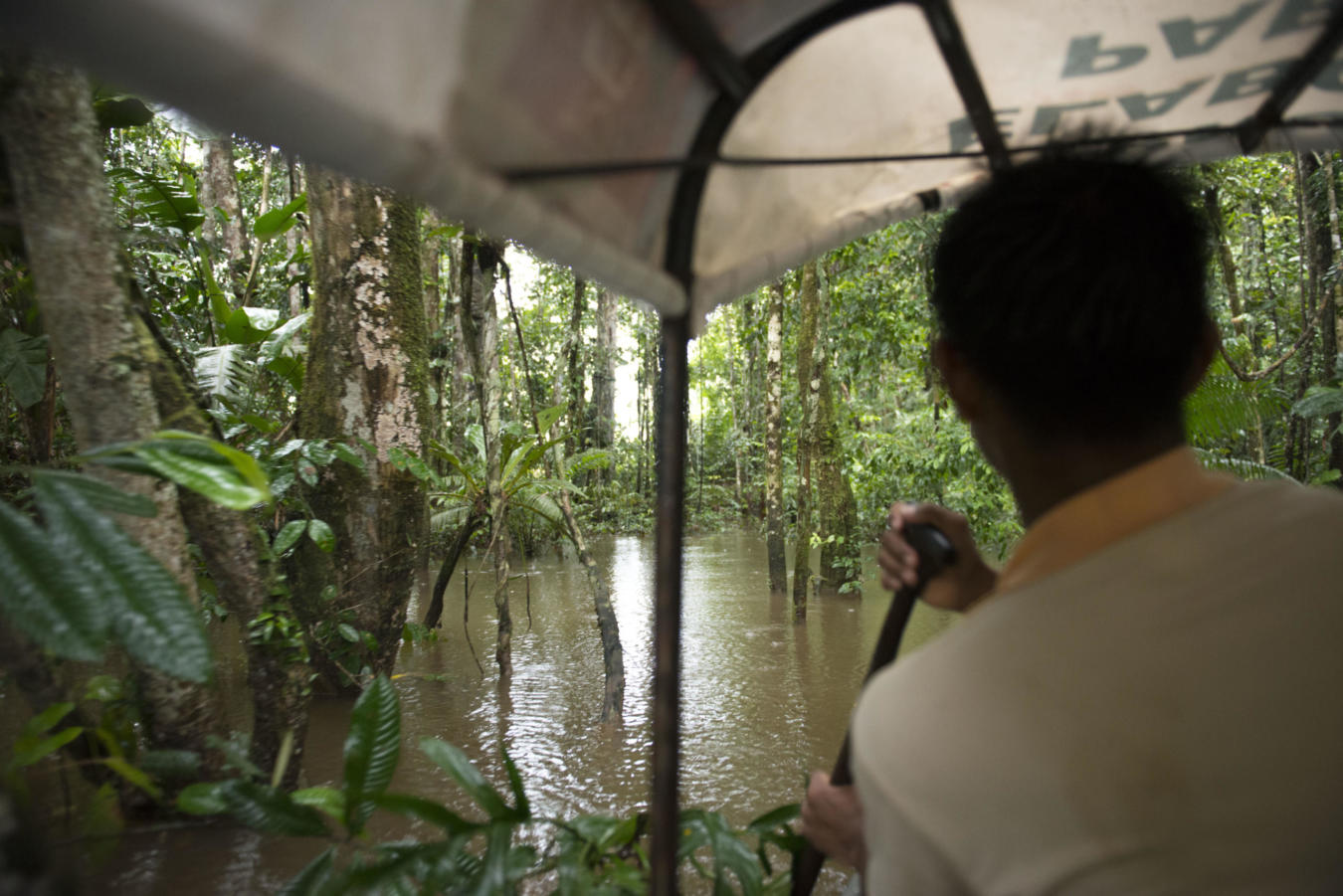 FZS partner SERNANP’s park rangers work to protect the National Park from illegal activities, in the buffer and core zones of the protected areas. © Daniel Rosengren 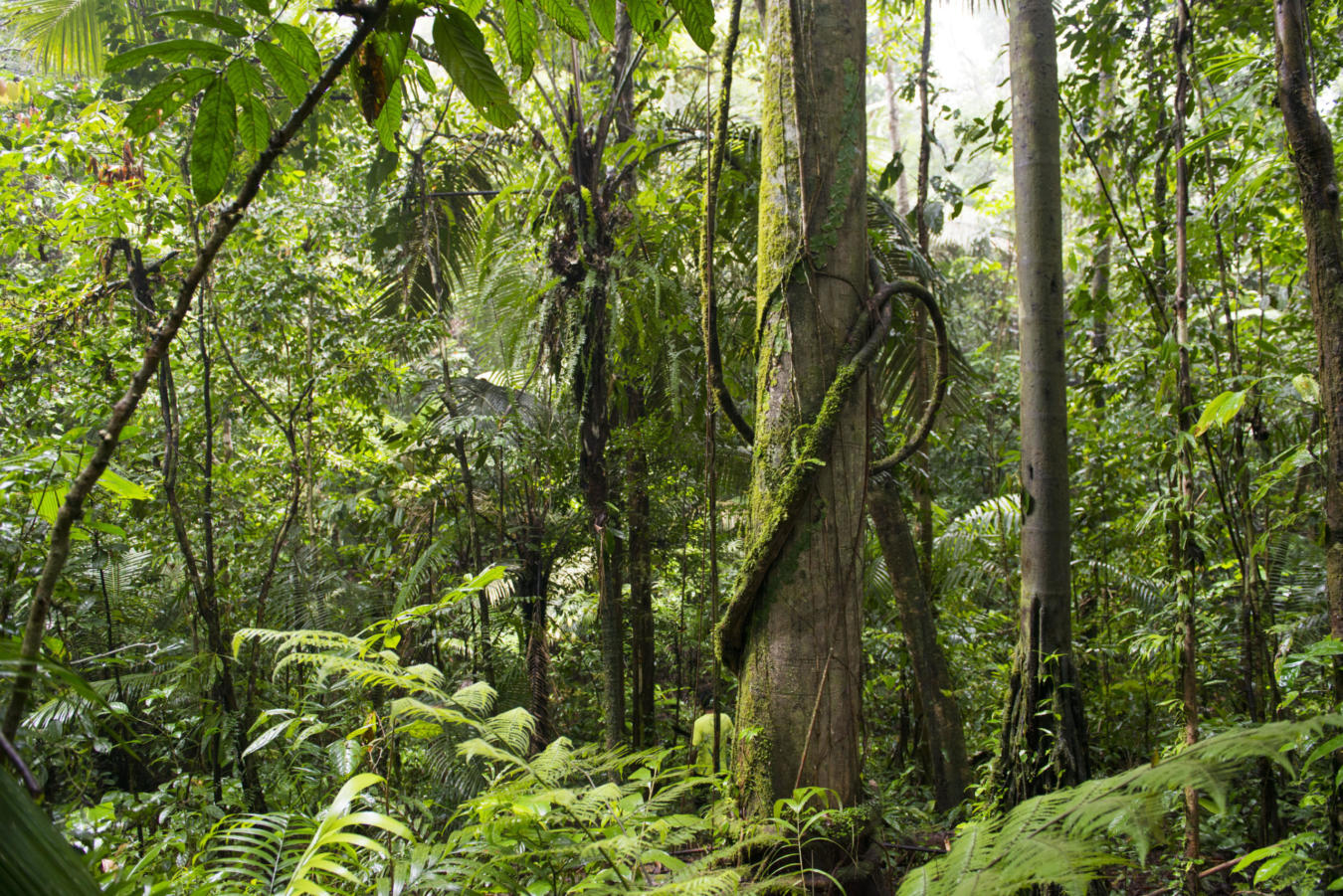 There are more than 3,000 species of plants in Yaguas. © Daniel Rosengren 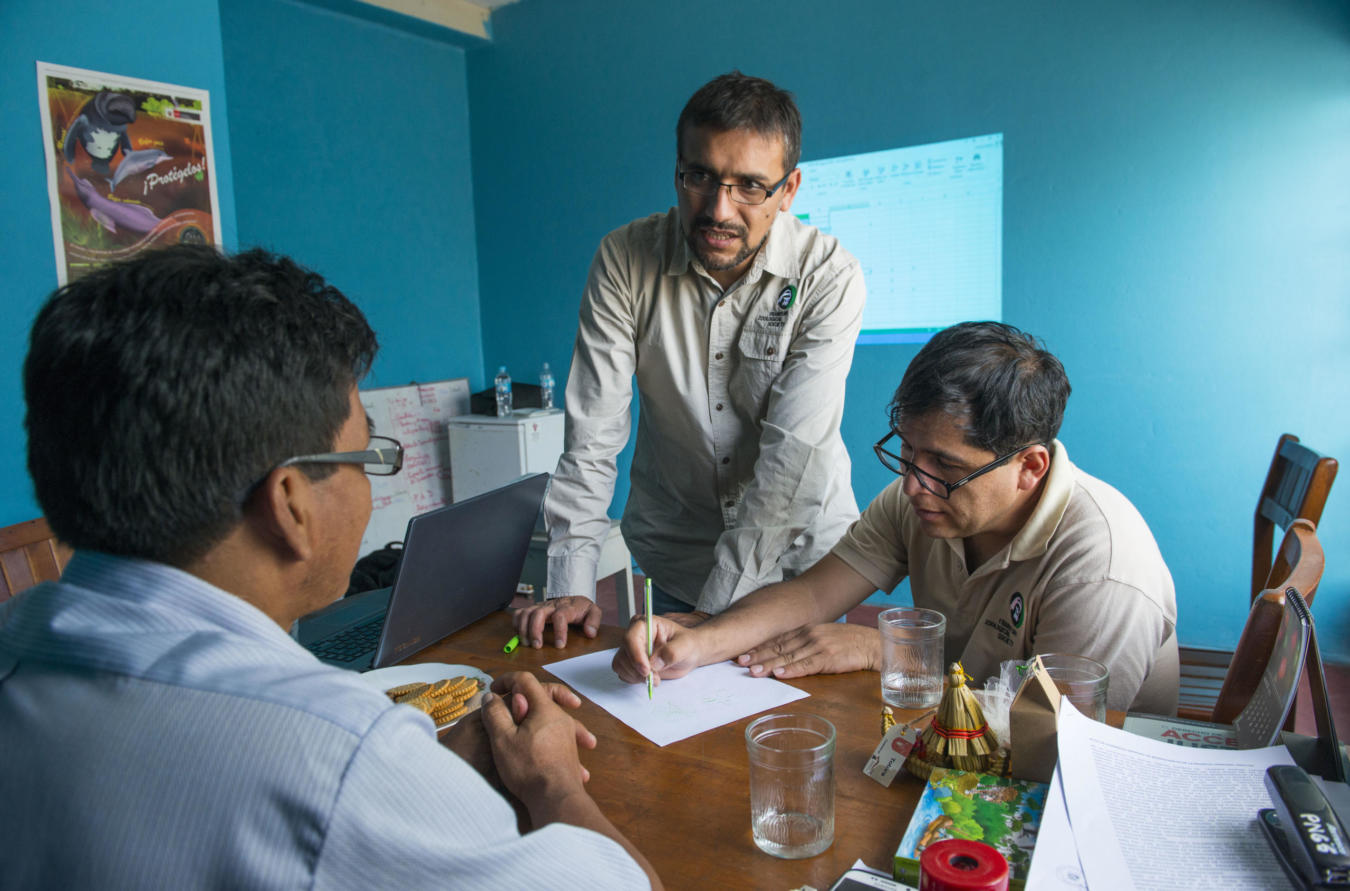 FZS and SERNANP working together to sketch out the construction of the ranger post in Yaguas. © Daniel Rosengren 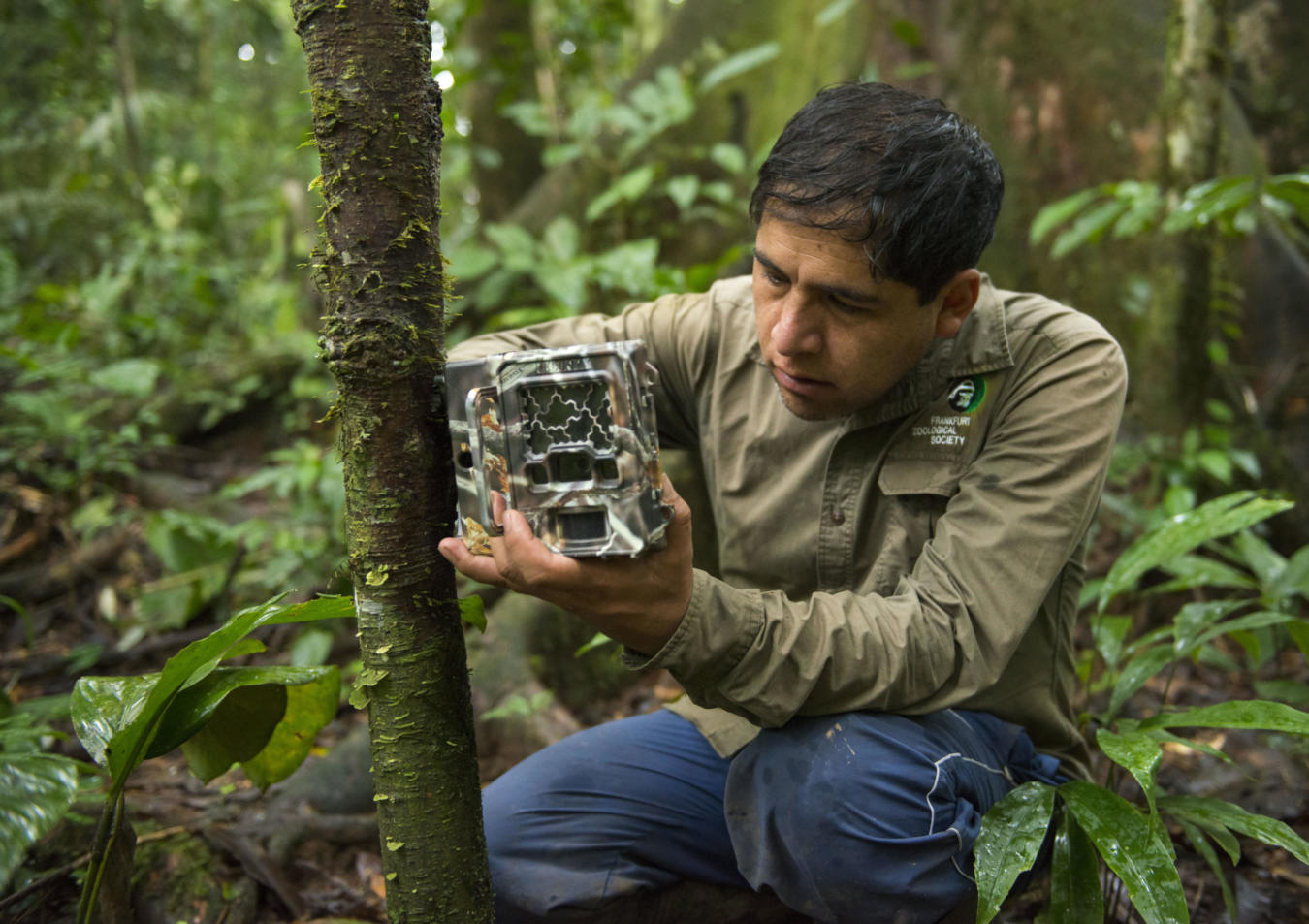 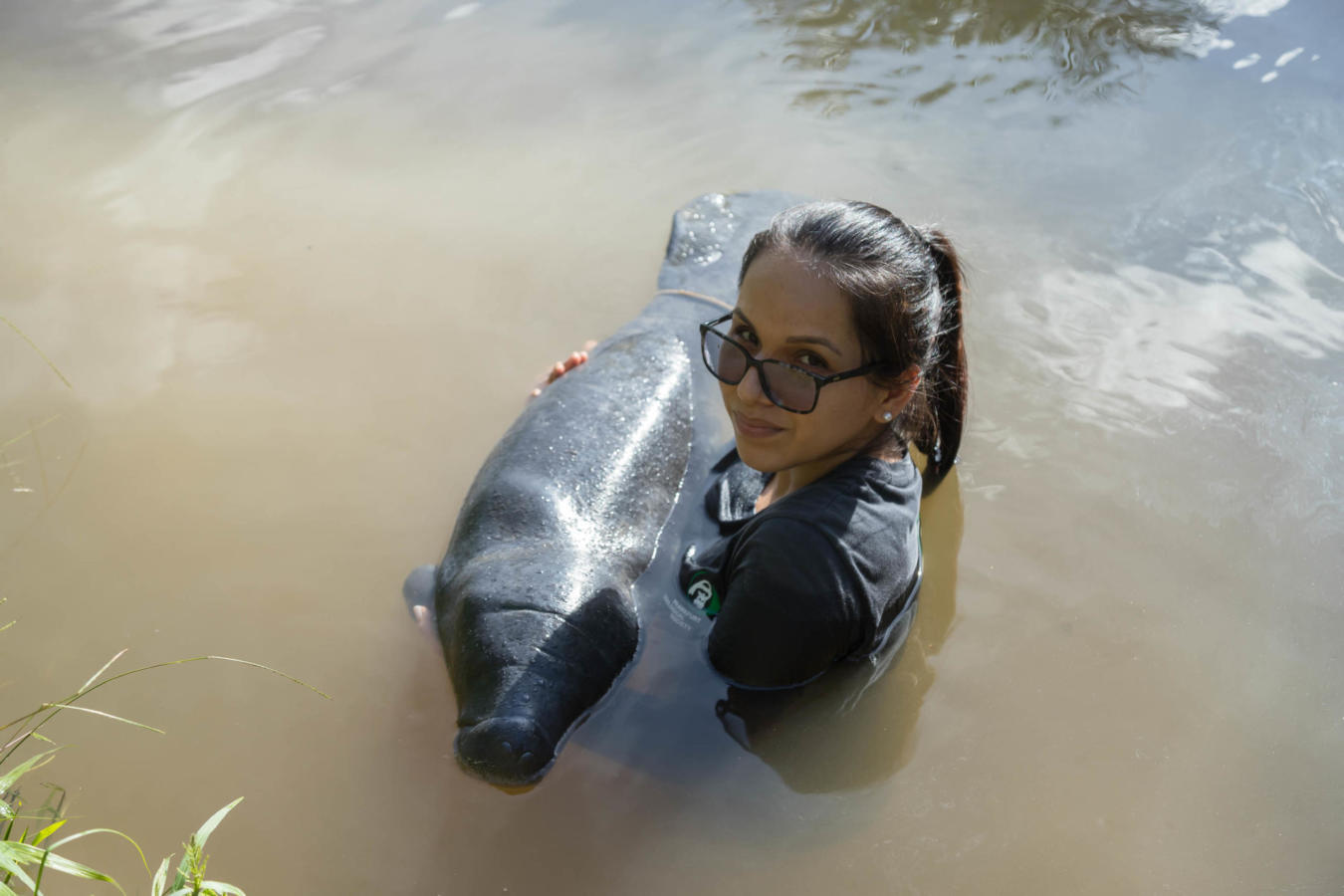 South American manatee is an endangered species that inhabits Yaguas. FZS and Park rangers use sonar to detect the animals under water. So far, four population counts have been conducted. ©️ Guillermo Abadie

How we support Yaguas-Putumayo Landscape 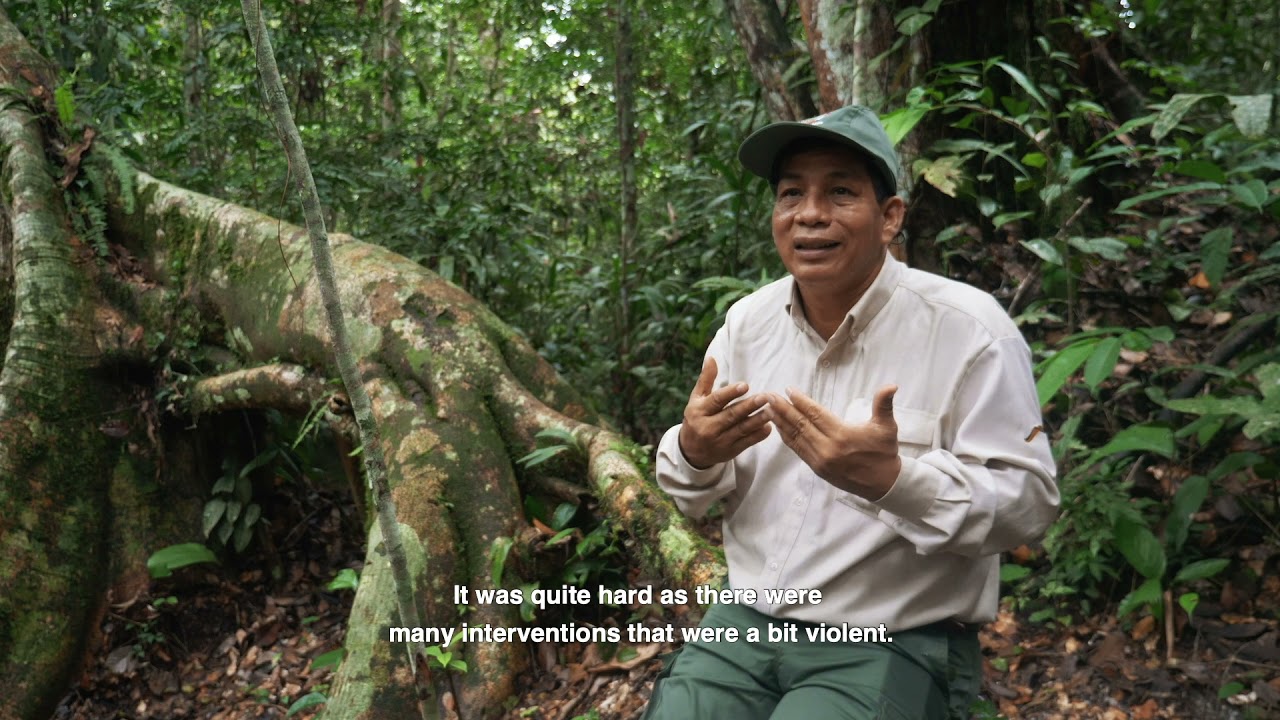