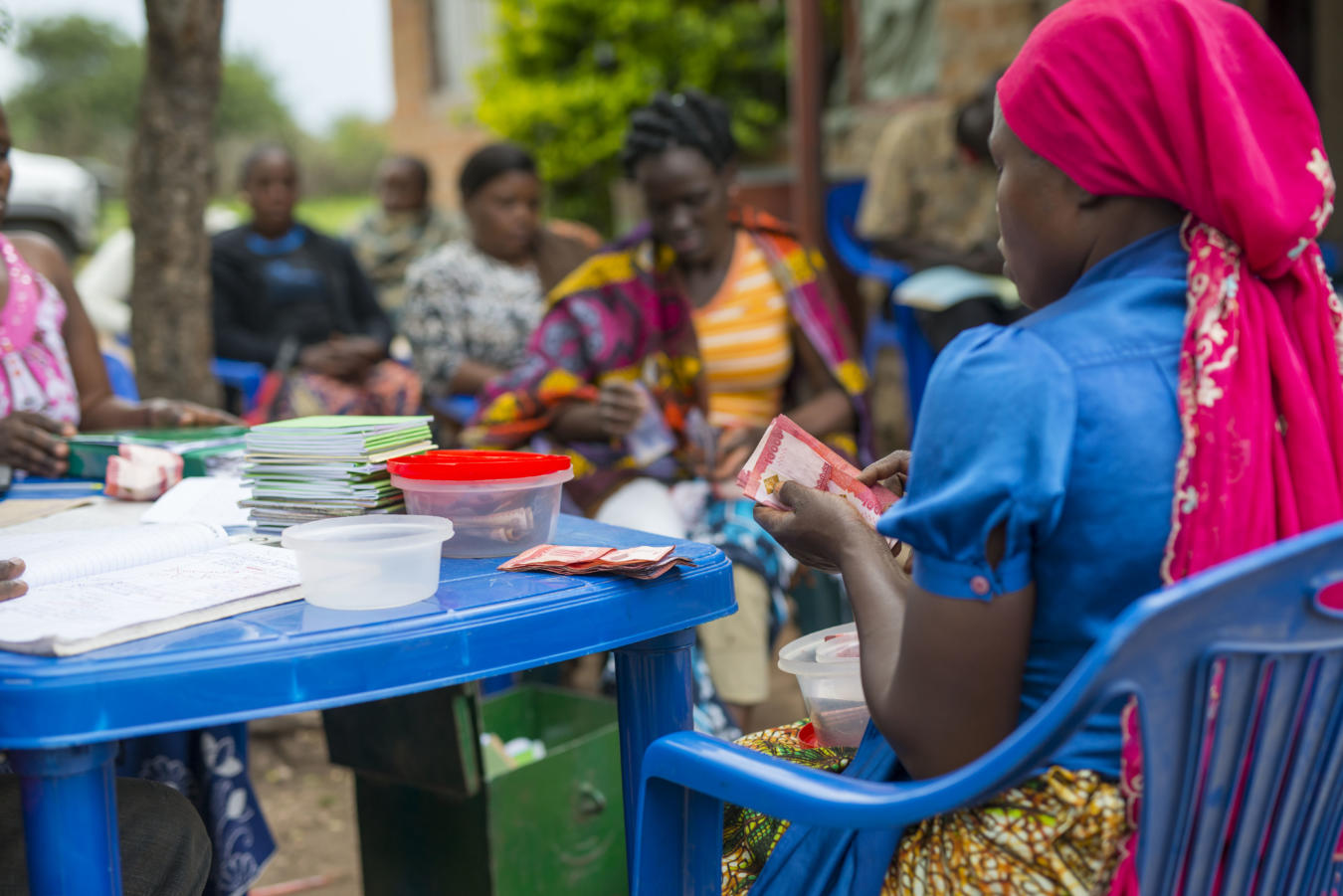 Banks for people and nature

Empowering the growth of conservation-friendly livelihood opportunities that benefit both people and the natural environment.

Starting up a new business anywhere naturally requires money and, often, entrepreneurship knowledge. For villages in rural parts of Tanzania, finding a bank or kind donor to loan money can be difficult because there are few to no banks or microfinance institutions. Fortunately, in several villages around Serengeti, an alternative exists in the form of village-owned cooperative banks called Community Conservation Banks (COCOBA).

The money in a COCOBA’s pot comes exclusively from the members themselves. Each member contributes a fixed amount of money agreed upon by all at the end of every week. Each group has its own rules and anyone who violates them pays a fine. In addition, each group runs its own conservation-friendly economic projects that generate money, such as beehives, tree planting, vegetables or fruit farms, or chicken farming. Some of the money from these endeavors also flows into the pot.

Samira Haji, FZS Tanzania Communications Officer, spoke with Hussein Ramadhani Wandi. Hussein is an agro-pastoralist and a COCOBA member in Motukeri village within the Serengeti District. He has been a member of this group since it was formed in 2018. Currently, the group has a cumulative portfolio of more than 8,800 Euros and an individual can take a loan of more than 800 Euros.

Hussein in his garden with a pawpaw tree left of him and a banana tree on the right. © Abubakar Munna

Hi Hussein, what do you do for a living?

Hussein: I am an agro-pastoralist, I have a small vegetable farm that is no more than an acre in size where I have a few cattle and some chicken. These animals help me earn a living for my family. At my little farm, I have planted fruits like pawpaws, bananas, avocados, and watermelons. I have also planted vegetables like kale and other greens that are easy to sell at the local market.

How would you define a COCOBA?

Hussein: I have been in a COCOBA group for three years now and I have learned a lot from the experience. I have attended almost all meetings and training sessions, and these have been so beneficial not only to me but also to other members. Apart from saving our money and receiving interest-friendly loans, we also get to be trained in entrepreneurship and receive conservation education. The way I would define a COCOBA is that it is not only a group of people saving up their money and getting loans but a way for all of us to come together as a unit to learn and assist each other. We learn and teach each other the importance of conservation and doing eco-friendly businesses. We support each other in becoming more creative with our businesses so that our families can benefit from what we do. 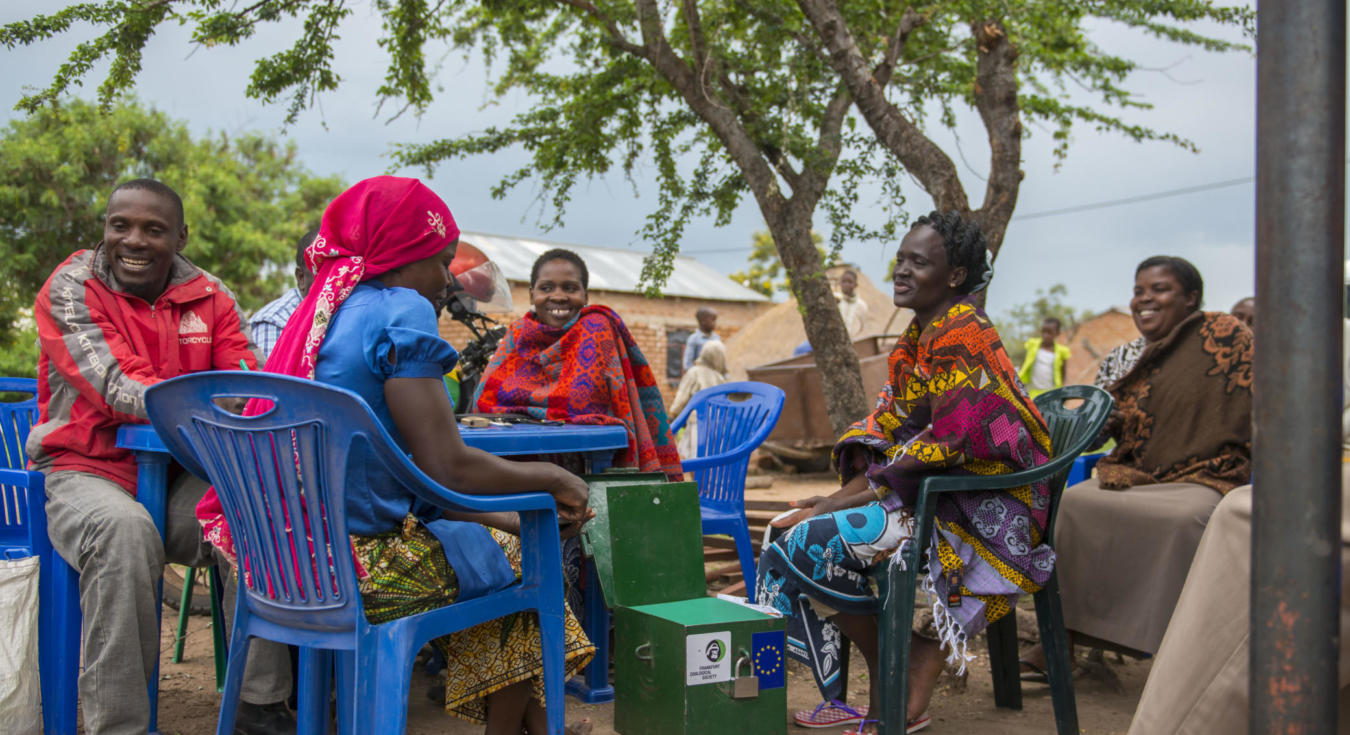 Can you please tell me more about your business background?

Hussein: Before I joined the COCOBA I was a small-scale subsistence farmer, planting maize and vegetable and fruits for my family. I also sold some of it to cater to other small families. After we started the COCOBA group in our village with the help of FZS we received a lot of training on how to form and conduct the group. We were also trained on small-scale businesses that are conservation friendly. Everyone in the village plants maize because it is the staple food here. Therefore, selling it sometimes could be difficult and of course, because it was such a common product, we only received limited revenue from the sale of the maize.

Before the COCOBA program, I would only make 21 Euros as profit from my little garden at the end of every harvest. But after joining the group and receiving entrepreneurship education during a few of the COCOBA training sessions, now I can generate a total profit of 210 Euros per season, which lasts about six months. It also helped me get a larger farm. In comparison, a minimum wage for people in this area is between 50-100 Euros a month.

How was joining the COCOBA beneficial to your business?

Hussein: The COCOBA program has changed my life completely, apart from the opportunity to acquire education and skills in environmental conservation, entrepreneurship, and savings. Also, the group has come together as a team and plans to do more beneficial things like investing in building better classrooms at the village school. Currently, I own a total share of about 500 Euros in our COCOBA group.

Thanks to the COCOBA group, this year I was able to get a loan of 1,000 Euros, which I used to buy nine cattle and eight chickens. The remaining amount I invested in my vegetable garden. Also, this year after returning all the money I owed, I got an extra 100 Euros as a dividend.

Have you benefited in other ways from the COCOBA group?

Hussein: COCOBA has also helped me to build a house by lending me money to build a better home for my family. The COCOBA program has also changed the lives of my fellow COCOBA members in many ways, including helping them build better quality houses, own assets like livestock, reduce food insecurity, and more importantly, have a sustainable income and easy access to financial services. The loans in particular were helpful for investing in small businesses including shops and fruit and vegetable gardens.

The formation of our COCOBA group has also opened doors for other stakeholders including officers from the local government and other NGOs such as Vi Agroforestry to start visiting and advising us on poultry farming, good agricultural practices, and agroforestry and how to market and sell our products. More importantly, some of the COCOBA members in my village were poachers and the introduction of the COCOBA program in our village gave them alternative livelihood opportunities and basically helped them get away from relying on poaching and other illegal activities like cutting down trees for timber and selling charcoal.

Where do you see yourself in the next few years?

Hussein: I am trying to expand myself income-wise and just now I am really interested in the beekeeping project. Currently, I have one beehive and my plan is to set up more hives. I will therefore appreciate if FZS can provide beekeeping training and support us with more beehives.

Thank you for your time, Hussein.

FZS’s role in COCOBAs is to initiate the creation of the groups, advise, train, support the group and facilitate marketing and business developments. FZS does not finance loans or put any funds into these groups. FZS has helped establish COCOBAs exist in several districts around the Serengeti National Park, in Mahale Mountains National Park as well as in North Luangwa and Nsumbu, Zambia.