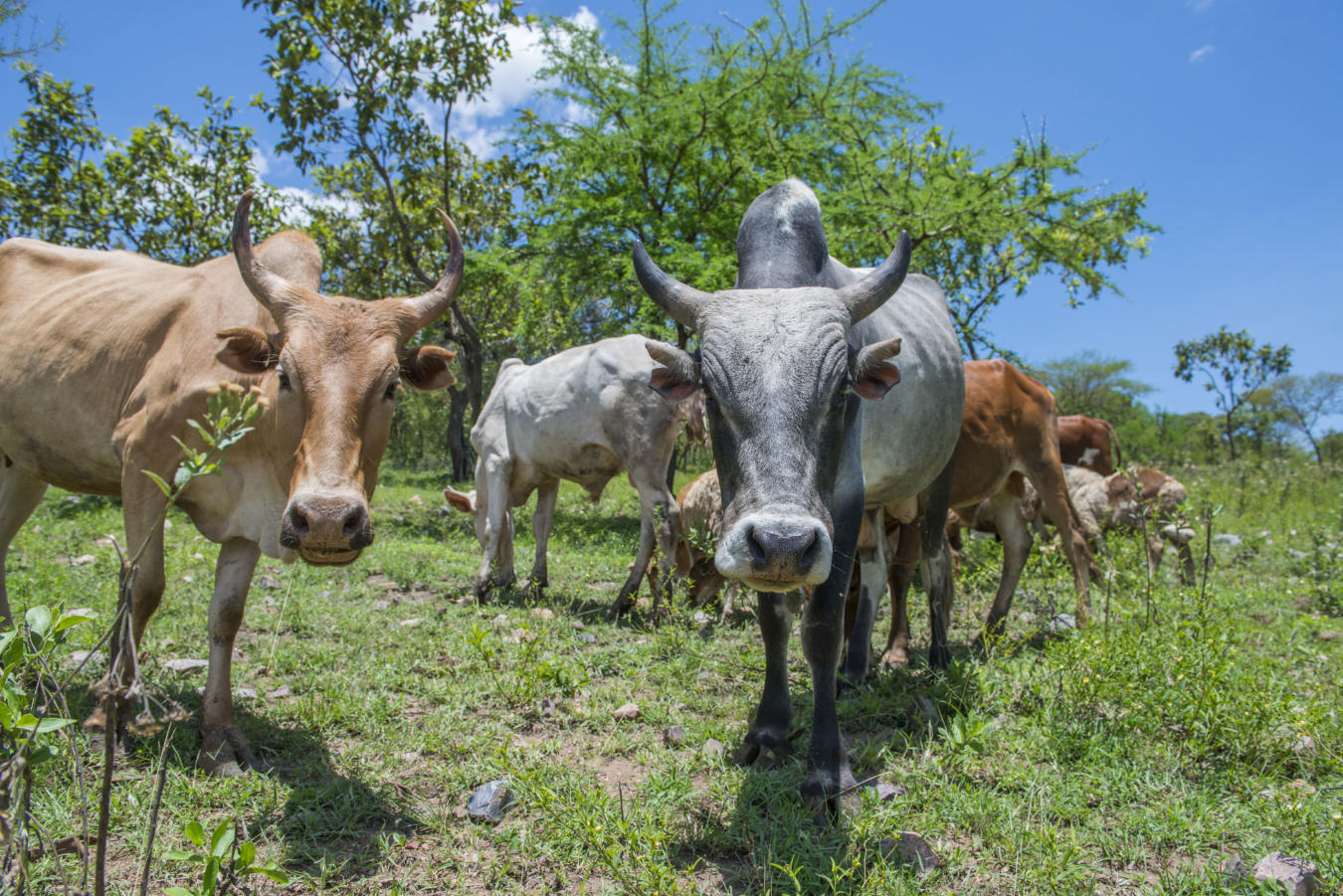 Once lions learn that they can relatively easily hunt cows grazing behind inadequately secured fences, they become less motivated to go on hunting expeditions for wild antelope or buffalo. This is a problem for local people whose livelihoods are threatened. But a solution exists.

On the edge of the Serengeti National Park, where inhabited areas directly border the protected area, lions can sometimes be a serious problem. Normally, these predatory cats are shy and prefer to avoid human settlements. But not always. Some lion prides have discovered the benefit of living near people.

Agness Willy Manonga has had to deal with such lions. This young mother of two reports how twelve of her cattle were killed by lions not long ago. This happened at night time while she was at home, and her livestock was corralled behind a fence made of sticks, branches, and thorny bushes. Armed only with a flashlight, Agness desperately tried to chase the predatory cats away from her small window. But despite her efforts, she lost three-quarters of her livestock, causing an economic catastrophe for her family. 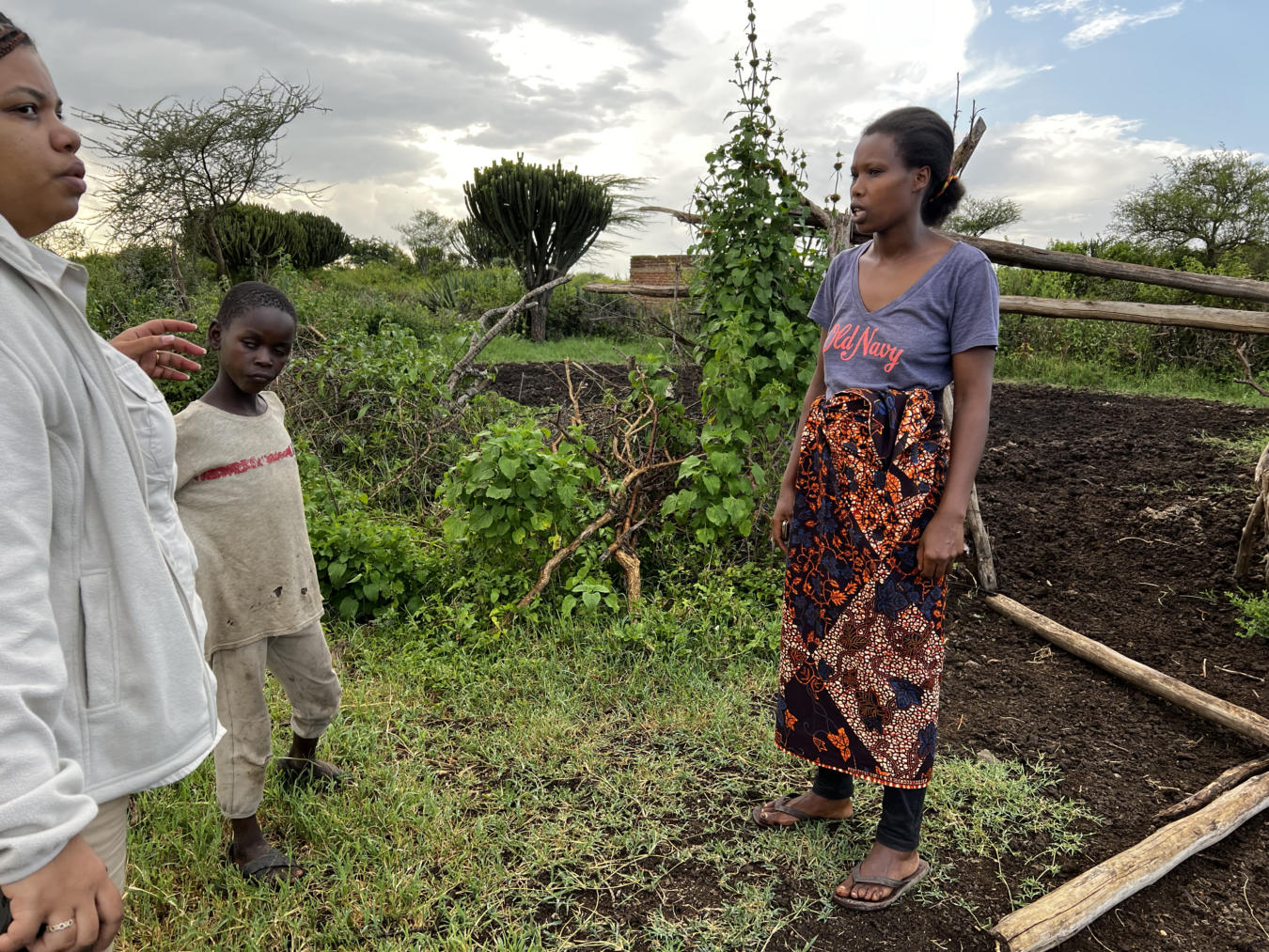 Agness lives in Robanda, Tanzania. Since this town borders the National Park, people here are used to co-existing with wild animals. But as the number of people, livestock, and agriculture increase within the town, and wildlife populations grow on the other side of the Park boundary, the potential for conflict increases. This is despite the Tanzania Wildlife Research Institute (TAWIRI) catching and relocating problem animals and bringing them inside the park. One of the major tasks for the FZS Serengeti Ecosystem Management Project (SEMA) along with these authorities, is to work with people outside Park boundaries to help minimize conflicts between people and wild animals while protecting the natural ecosystem.

Seeking a way forward, Agness decided to take part in training offered by FZS. The training covers different methods of protecting crops and livestock from lions and elephants including how to safely use chili bombs – a type of device that shoots small balls of chili at elephants to scare them away, horns, flashlights and other methods. The training also teaches three to four local people additional skills such as how to use GPS satellite phones so that they can keep tabs on where the lions attack most frequently.

Unfortunately for Agness, on day three of the week long training session, her cattle were attacked again. To help with her clearly acute situation, FZS and the Tanzania Wildlife Research Institute (TAWIRI) asked her if her land could become a pilot site for a a high-security three-meter-high metal chain-link fence to protect her livestock. “Now the lions can’t get in there at night,” Agness says. This fence normally costs farmers around 3-5 cattle or around 1,000 euros to build themselves. But thanks to sponsorship from the Lion Recovery Fund, Agness was able to receive the fence for a smaller fee. The aim of having a pilot site was to show other people in the village how they can save their livestock from lion attacks. 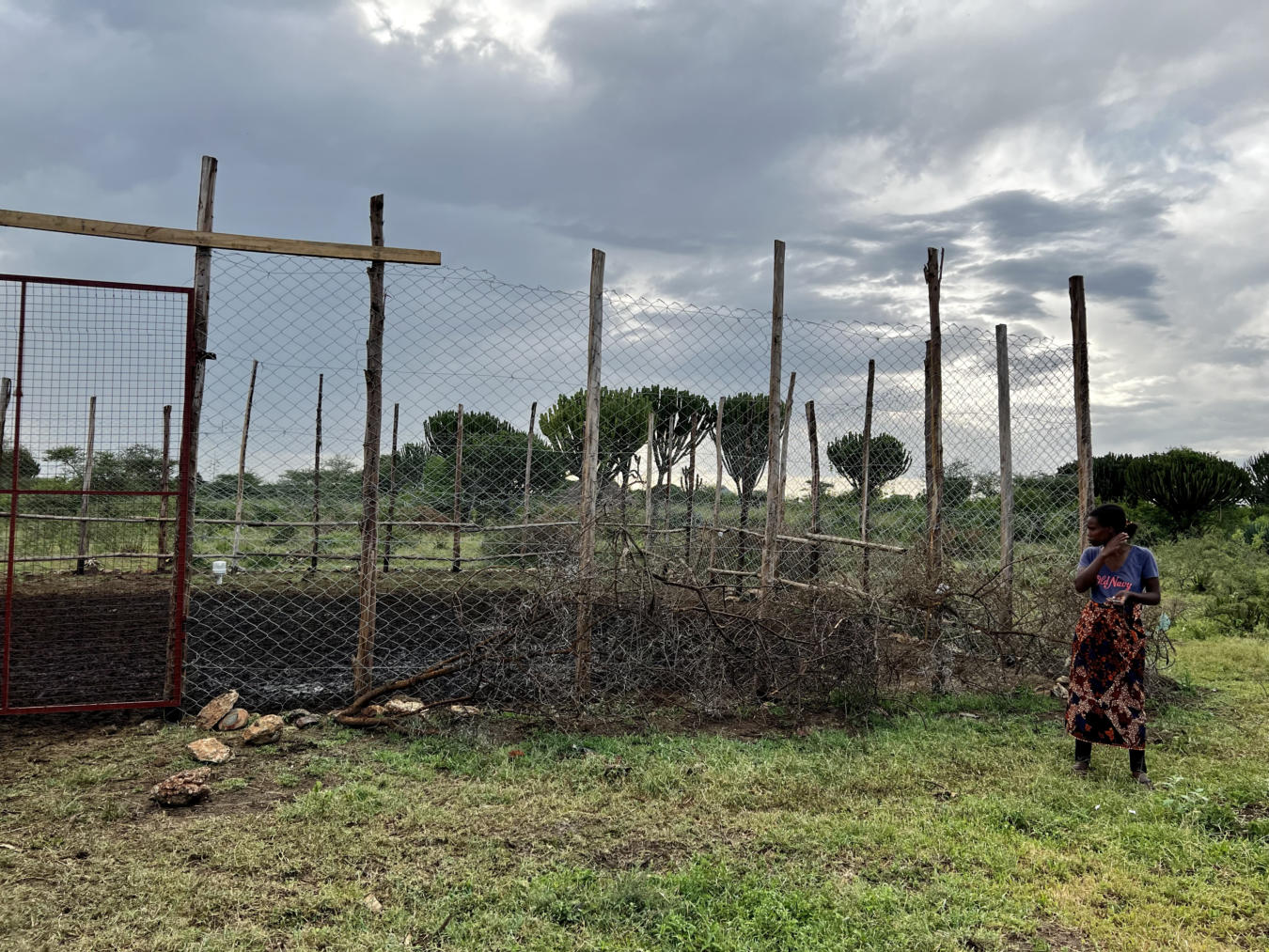 Agness in front of her new enclosure, where her cows will be better protected against lions. © Dagmar Andres-Bruemmer

FZS and partners, including Save the Elephant and Lion Recovery Fund are working together to continue offering the above solutions to villages close to the National Park. Their aim is to help more people in Agness’s situation receive the support they need to keep their economically valuable livestock safe.