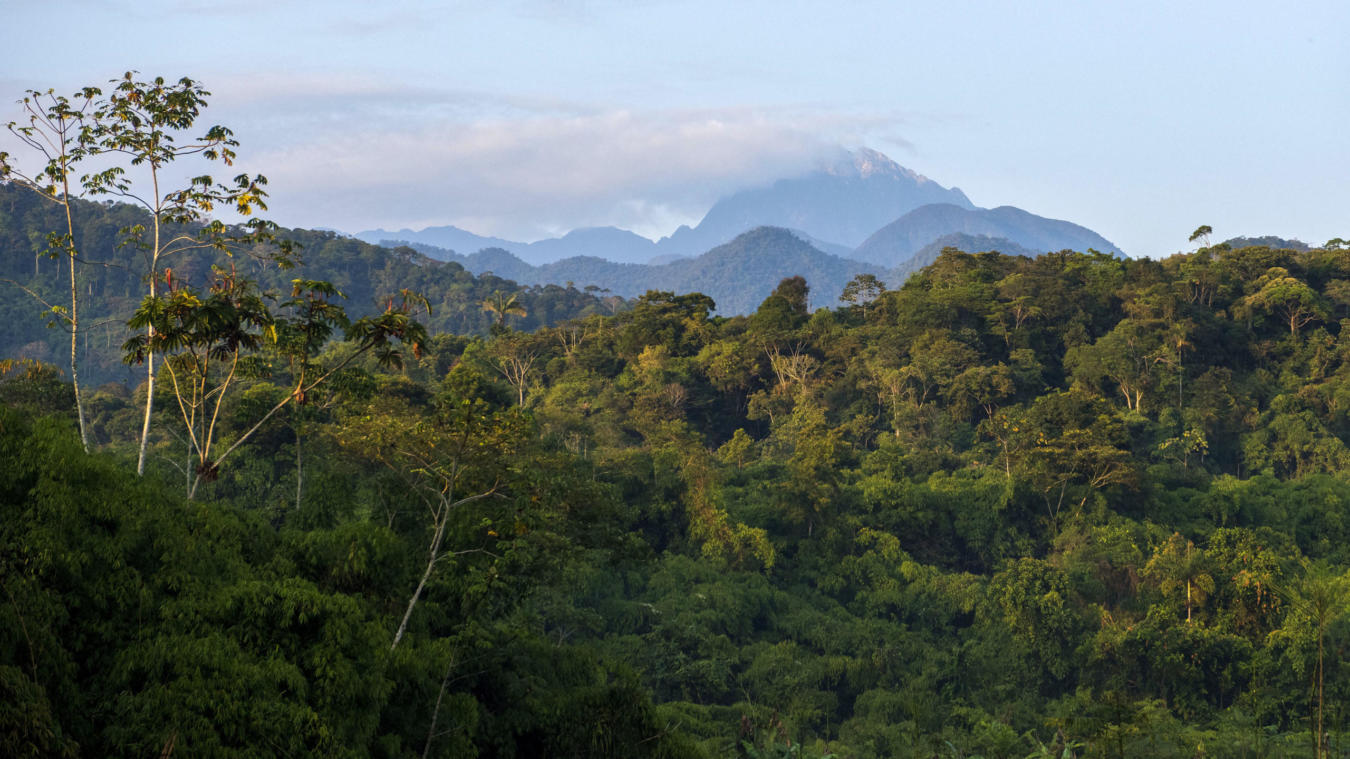 The Guardians of the Rainforest

Four remarkable personalities who have dedicated themselves to protecting the Amazon rainforest will be honored with the Frankfurt Conservation Awards 2021 on April 28th. They are all crucial FZS partners.

A growing concern for more and more scientists is that the Amazon rainforest is reaching a so-called “tipping point”. A point from which damage becomes irreversible and after which point faster and faster degeneration of the ecosystem occurs. The largest rainforest on earth stores billions of tons of CO2 every year contributes to the climate regulation of our planet and even has its own self-sustaining climate system. Since a large part of the precipitation in the Amazon basin comes from the water that evaporates from the forest itself, with a warmer climate, even more deforestation, and increasing numbers of fires, the precipitation could decrease more and more, bringing the forest to a critical limit, the tipping point.

The winners of this year’s Frankfurt Conservation Awards (Bruno H. Schubert Prize) all contributed in their own way to keeping the Amazon rainforests away from this “tipping point”. They are all or have been important FZS project partners. We are therefore delighted about this important award and congratulate each of them. 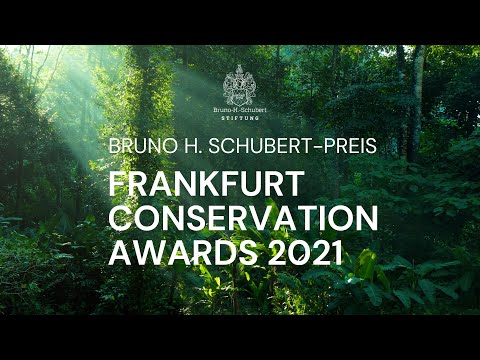 Recording of the April 28 2021 livestream event

If there is anyone in Colombia who has dedicated her life and full commitment to the country’s national parks, it is Julia Miranda Londoño. From 2004 to the end of 2020, this lawyer who specializes in environmental law, who is also a passionate environmentalist, was the director of the Colombian National Park Authority. In the nearly 17 years of work, she managed to significantly expand the network of protected areas in her country: 15 protected areas, altogether two and a half times the size of Switzerland, were created or expanded under her leadership, including the breathtaking Chiribiquete National Park. 59 national parks with an area of ​​313,000 square kilometers – more than 18 percent of the land area of ​​Colombia and 13 percent of the national marine areas – were under her leadership. At the end of her term in office she was not finished: ten more national parks, as well as the expansion of two of the existing parks, were still on her agenda.“Flying over the Amazon is breathtaking because it is so huge. But I am even more overwhelmed when walking within it,” says Julia Miranda. As director of the Parques Nationales Naturales de Colombia (PNNC), she also had the opportunity to meet the indigenous people of this unique Amazonian world. “I had the great privilege to experience how their traditions and their culture have contributed to preserving the Amazon rainforest to this day.”

These experiences confirmed that Colombia’s former park director of National Parks said, that the preservation of the forest is pivotal to the future of their country. A country, that has not really settled down five years after a peace agreement was signed and where environmentalists and nature conservationists live in danger. “The threat or actual kidnapping of park rangers who are in the field to stop illegal logging, wildlife trafficking or illegal raw material extraction is still happening,” says Julia Miranda. That is one of the reasons why she wants to continue: “As long as I have the health and energy to do it, I will work for nature, the local communities, nature conservation, and the protected areas in Colombia. I will not devote myself to anything other than environmental protection.” A statement that makes it clear, why the Frankfurt Bruno H. Schubert Foundation honored this strong woman for her life’s work. As director of the park authority, Julia Miranda was an important ally and highly valued partner for the FZS nature conservation program in Colombia. Julia Miranda as a private person will certainly remain so in the future.

“For me, Yaguas is one of the most beautiful and pristine places on our planet.” No wonder Teófilo Torres says that, because he is the head of the Yaguas National Park in northern Peru. But not only that: the region on the Putumayo River is also his home. He was born here.

This was preceded by a majority vote from the neighboring indigenous communities. With one voice, they spoke out against the exploitation of their unique rainforests which was happening through illegal activities such as logging, gold mining, as well as cattle grazing and the cultivation of coca plants. They were aware that they would have to forego any use of the area, but even so. “It was the communities that pushed the creation of the park. With their well-organized federations, they played the decisive role,” states Teófilo Torres.

“Before Yaguas became a national park, illegal loggers and gold prospectors had invaded,” says the park manager who is now able to protect this natural treasure, the home of pink river dolphins, giant otters, woolly monkeys and jaguars, thanks to checkpoints and a small ranger group. Like himself, nine out of ten park rangers come from the region’s indigenous communities.

On the banks of the Yaguas River, indigenous communities have put long-term benefits before short-term profit by working closely with the state conservation area authority SERNANP and NGOs such as FZS (Frankfurt Zoological Society) and IBC (Instituto del Bien Común). The Frankfurt Conservation Award for Teófilo Torres will hopefully help ensure that the example catches on elsewhere and that indigenous communities and nature conservation increasingly work together.

In the summer of 2019, the fires in the Amazon rainforest were a big topic in the German press and also on social media. The 2020 fire season in the Amazon was even worse than the year before but received little media coverage due to the Coronavirus pandemic. Two of the winners of this year’s Frankfurt Conservation Awards have to fight directly with these fires every year: Dr. Silvana Campello and George Georgiadis. The two of them committed themselves to protect Cantão State Park in their home country of Brazil more than 20 years ago and have been doing so ever since. The two are aware that this can also come at personal risk, especially in Brazil where the political climate is not exactly favorable to nature conservation efforts, but that does not prevent them from taking further steps.

In Cantão, Silvana Campello and George Georgiadis have invested in the creation of a private reserve in recent years, and they managed to convince other landowners to participate as well. In addition to the Cantão State Park, this reserve creates an important ecological corridor as a buffer in the natural transition zone between the rainforest and the savannah. For several years now, FZS has been supporting the Instituto Araguaia, an organization founded by the two scientists which is dedicated to research and nature conservation in the Cantão conservation area. 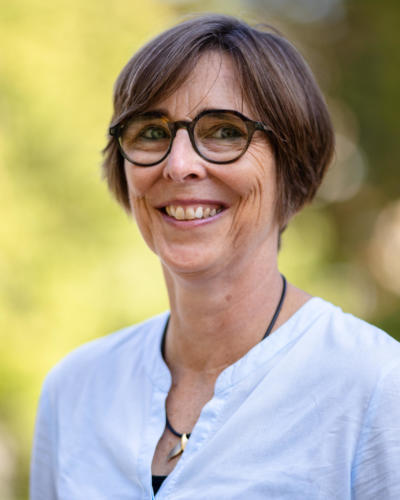 Please take note of the copyright and terms of use.

The Schubert Prize, awarded by the Bruno H. Schubert Foundation, is the highest endowed private environmental prize in Germany. The prize is awarded every two years in three categories.

Find out more about the projects the winners work to protect

Other news from South America