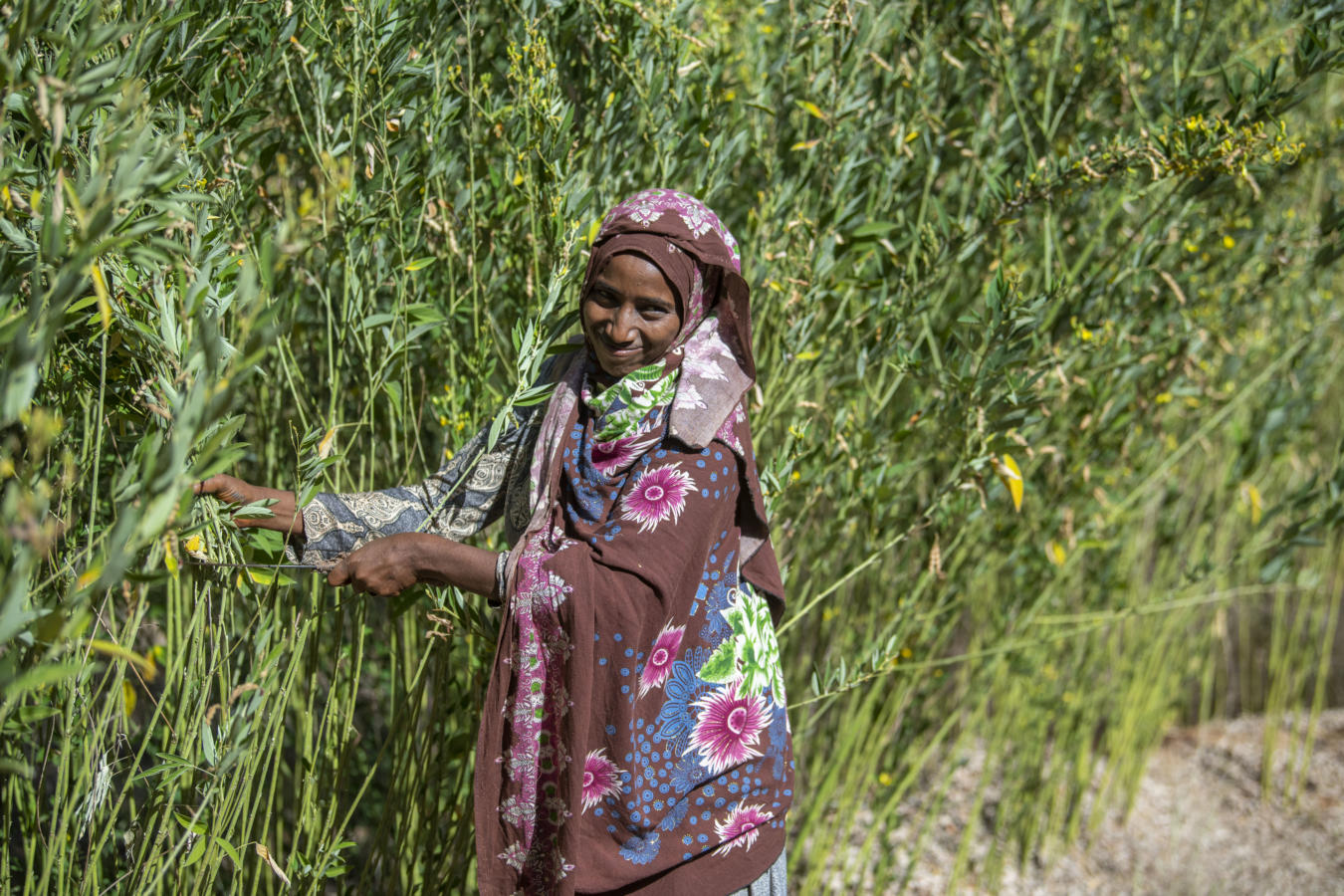 FZS’s nature conservation does not end abruptly at the edge of our protected areas. A single mother of twelve, a pair of farmers with heavily eroded land, and beekeepers who now obtain 200% more honey from their hives, are all people who have benefited from FZS knowledge or resources.

It used to be a real challenge for me to photograph people. I always felt like an intruder, disturbing people’s privacy. But I have learned that most people are happy to see me and are delighted when I ask them if I can take their picture. The fact that I have come all the way here, from the other side of the world, to take photos of them often makes them feel appreciated. They are grateful to FZS and often show and tell me how a community project has changed their lives for the better. These are encouraging encounters with interesting people in an often-difficult living environment, like in the Bale Mountains in the highlands of Ethiopia.

Nuri Aliyi lives in the small village of Chiry Kebele, south of the Harenna Forest, within the Bale Mountains National Park. This forest is one-of-a-kind, and because of the moss-covered trees it feels enchanted, like it is part of a fairytale.

Previously, Nuri earned her living herding cattle. To feed her herd she would take them into the Harenna Forest, the only place at the time with sufficient amounts of food for her animals. However, letting cattle graze in the forest is illegal, and the way there is both long and arduous. Because of this difficult journey she would also remain inside the forest for days, sleeping in a drafty wooden hut.

Things have since changed and today she no longer keeps livestock. Instead, courses offered by FZS have inspired her to grow wheat using self-made compost which provides a cheaper and more efficient fertilizer than what she used before. Her crop yields, thanks to this compost are much higher per square meter than they were when she used commercial fertilizer. Additionally, she also has banana and sugarcane plants, in the shade of which she can grow coffee, a plant that is often also grown illegally in the Harenna forest. By growing this crop here, she is showing others in the community that it is possible to grow crops legally, and closer to home.

Nuri has 12 children and has become the sole breadwinner after her husband left. Fortunately, now she manages so well on her own that she can even take care of several orphan children in addition to her own. It’s a win-win situation for everyone involved, both for Nuri and the Harenna forest.

For Sultan Mohamud and Fatuma Abdulahi, overgrazing has left their land severely damaged, prone to erosion and incapable of growing crops. With every rainfall, newly planted seedlings would be swept away, resulting in barren land. The red earth looked like a bloody wound.

Recently they learned that digging narrow water catchment channels, with small mounds in between would help keep water on their property, allowing for plants, such as pigeon peas to grow. They chose this plant because it is a legume, which means it fixes nitrogen and forms root nodules, this in turn stabilizes the soil even more and helps prevent erosion. This new stability gives other plants a chance to germinate and grow there too.

The peas provide other uses too, as fodder plants for Sultan and Fatuma’s cattle and the seeds can be sold to neighbors who are also eager to employ the same soil erosion prevention methods that Sultan and Fatuma are using.

Ruziya Amen and Mohammed Jibril are another case in point. They have a new house, of which they are very proud and in front of which they want to have their picture taken by me. It stands next to the small hut where they used to live.

They told me that they were able to afford this house thanks to beekeeping training and honey production courses where they learned to build modern hives. Now, thanks to the course they obtain 200% more honey per hive. They also received training in poultry farming and a starter flock of ten chickens.

Surplus money that they obtain, they are able to invest in a local microcredit scheme, from which they are enjoying returns. Ruziya and Mohammed are now able to earn a profitable living, without harming the natural resources of the National Park.

The days I spend with the communities are long and intense. But feeling the joy of the people and documenting their successes also makes me happy. I return to my camp very tired, richer by many exciting encounters. The villagers succeeded in establishing alternative sources of income, this not only made their lives easier but it also benefitted the protection of their homeland. A clear win-win situation for the people, the Harenna Forest and the Bale Mountains National Park.

Daniel Rosengren has been photographing flora, fauna, and people for FZS since 2015. With a Master’s degree in ecology and evolution from the University of Umeå, Sweden, and over 6 years of experience tracking wildlife, he is also one of FZS’s go-to people for wildlife identification and animal fact-checking. He is an avid birdwatcher who has been doing this for 25 years, having recorded around 3,200 species.

Our projects in Africa